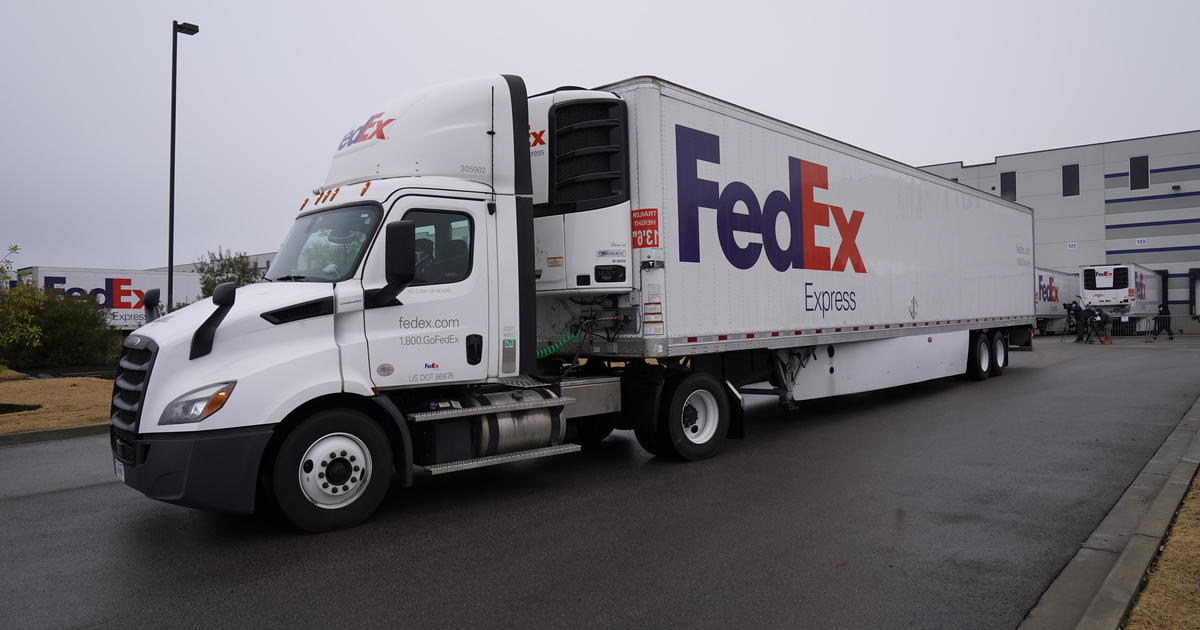 FedEx is shifting gears to help get deliveries of the COVID-19 vaccine around the U.S. back on track after harsh winter weather slowed shipments.

The company on Friday said it will route vaccine doses through its second-largest hub in Indianapolis, Indiana, as well as regional hubs in Oakland, California, and Newark, New Jersey, to make up for weather-related disruptions at its main hub in Memphis, Tennessee. The U.S. Centers for Disease Control and Prevention said earlier this week that the winter storm that affected a large swath of the U.S. also hampered deliveries of the COVID-19 vaccine.

As a result of weather delays at UPS and FedEx, vaccination supplies have been held up, causing facilities administering the vaccine to cancel appointments and individuals’ vaccination appointments to shift. The winter storm has already shut down activity at a couple of major vaccine-distribution hubs that supply multiple states. In some cases, COVID-19 vaccination sites have closed because they didn’t receive their supply of the vaccine.

Vaccine shipments at the FedEx facility in Memphis, Tennessee, and the UPS facility in Louisville, Kentucky, have been interrupted, the CDC said in a statement to CBS MoneyWatch.

FedEx acknowledged the storm’s effect on its ability to complete deliveries in much of the U.S. A spokesperson for the delivery company said it is prioritizing the shipment of vaccines over other goods.

“We have contingency planning in place related to the movement of vaccines, which have priority status within our network, and are working directly with our customers to help ensure their safe transport and delivery,” a spokesperson said in a statement to CBS MoneyWatch.

A UPS spokesperson said the company is still making pickups and deliveries, weather permitting. Critical health care packages will “be delivered as soon as roads are safely passable and businesses are open to receive them,” the company said in a statement.

Georgia health officials said winter weather impeded expected deliveries of the Moderna and Pfizer vaccines, noting that health care providers would have to reschedule patients’ vaccination appointments. New York City Mayor Bill de Blasio has also pointed to bad weather in other parts of the country for delays this week in vaccine shipments to the city.

Some experts worry that additional hurdles to getting a shot in the arm might discourage Americans from getting inoculated altogether.

“When appointments get cancelled, there is even more frustration among people who have to wait longer for another appointment,” said Columbia Business School professor Awi Federgruen, a supply chain expert. “Already the percentage of the population that wants the vaccine is not at the level we’d like it to be at. We don’t need things to further frustrate people and give them reasons to not participate.”

The White House said the U.S. is now vaccinating some 1.7 million people per day, up from less than 1 million a month ago.

“We certainly don’t need the delays and further chaos that the storm is creating,” Federgruen said. “But hopefully it won’t be by more than a week or so.”