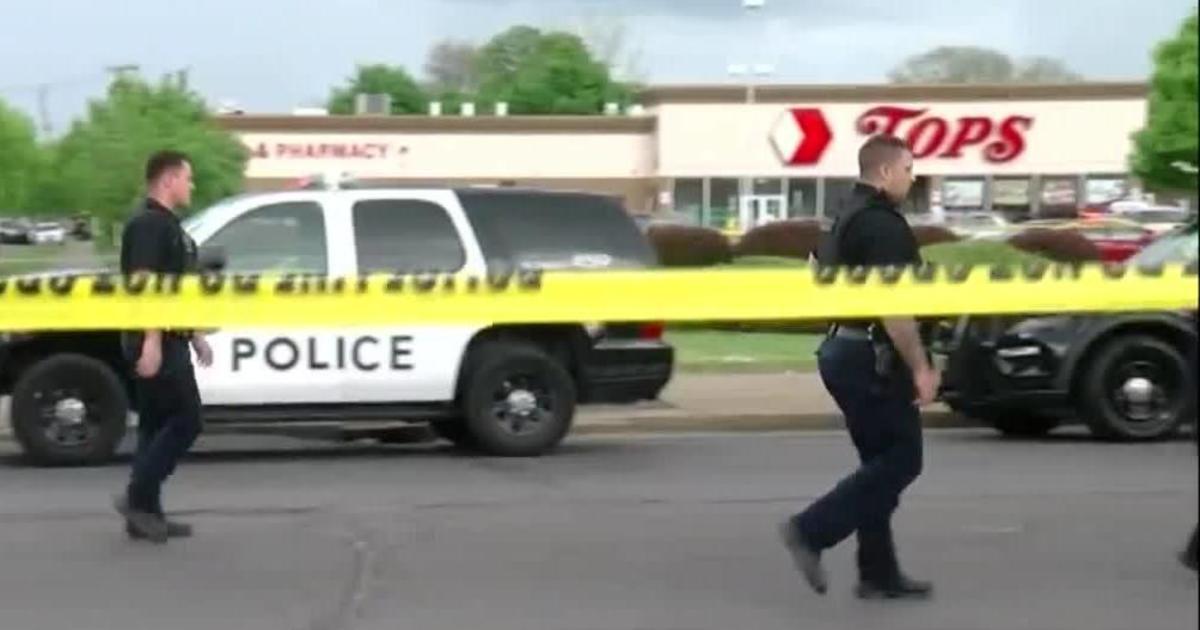 The government, Tuesday, urged law enforcement partners nationwide to “remain vigilant” and watch for indicators of potential copycat attacks, following the widespread dissemination of over 700 pages written by the 19-year-old gunman who opened fire in a supermarket located in a predominantly Black neighborhood in Buffalo, last May.

The Department of Homeland Security (DHS), FBI and The National Counterterrorism Center (NCTC) assessed that a 180-page manifesto and 672-page online diary written by the gunman and “intended to serve as a manual for future attackers” will “likely enhance the capabilities of potential mass casualty shooters who may be inspired by this attack.”

Investigators found that the Buffalo gunman had invited several individuals to view his private online diary minutes prior to the attack “to assist in the dissemination of his materials,” which outlines “pre-attack training with gear, modification of weapons, and extensive target selection research,” the memo stated.

Prosecutors have alleged the gunman, who espoused white supremacist beliefs, “committed the offense after substantial planning and premeditation to commit an act of terrorism.” A federal grand jury previously indicted him on 27 charges, including 14 alleged federal hate crimes and 13 weapons charges. If convicted, he faces a maximum sentence of life in prison or the death penalty. Eleven of the 13 individuals shot on May 14, 2022 were Black.

According to the bulletin, obtained by CBS News, detailed descriptions of the gunman’s tactics, techniques and procedures will “contribute to the volume of violent extremist content readily available online.”

Federal law enforcement warned that “lone offenders” may be particularly susceptible to the materials, with those “espousing a belief in the superiority of the white race… most likely to utilize these tactics due to their shared ideology and the demonstrated history of [racially motivated violent extremists] citing inspiration from previous attackers.”

“We remain alert to the potential use of these [tactics, techniques and procedures] in copycat attacks due to the history of some violent extremists finding ideological inspiration and leveraging tactical guidance from perpetrators of high-profile attacks,” the bulletin read.

Federal law enforcement noted that online writings and manifestos are created and shared by extremist actors “across borders,” underscoring the transnational nature of the threat.

The memo revealed that the Buffalo gunman was inspired by the 2019 attack in Christchurch, New Zealand that left 50 people dead. The live-streamed attack reportedly influenced at least two fatal U.S. attacks in 2019: shootings in El Paso,Texas, and Poway, Calif.

Federal law enforcement has encouraged local authorities to appeal for the assistance of community members and technology companies that spot potential signposts of inspired attacks, including “increased circulation of the attacker’s guidance materials in online spaces commonly associated with or used by some violent extremists to espouse their beliefs.”

DHS, FBI and NCTC are aware of “several pages” of written instructions that describe how to modify an AR-15 to hold more rounds of ammunition and directs readers on where to obtain materials to alter weapons.

In addition to gear modification, the manifesto and diary analyze different armor and weapons employed in attacks to optimize personal safety, defense and mobility of the shooter.

Investigators found the alleged attacker discussed tailoring targets to areas with stricter gun laws to “decrease resistance from armed civilians” as well as improvements to live streaming, according to the bulletin.

Federal law enforcement officials warn that “it is difficult to assess specific indicators that are indicative of US-based violent extremists’ intent to commit violence at home or abroad” due in part to the “personal nature” of radicalization and calls to violence.

But authorities have identified red flags including “explicit discussion and/or praise of the Buffalo attacker’s specific [tactics] in online spaces” and “unusual purchase of military-style tactical equipment.”

Wed Aug 24 , 2022
A South Carolina elementary school principal was found shot to death inside a car and the suspected shooter, who was in the car too, is in custody, authorities said. Wendy Cook, 54, was shot early Sunday, Dillon County Sheriff Douglass Pernell said. Coroner Donnie Grimsley ruled her death a homicide […]