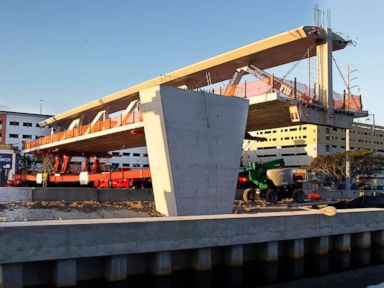 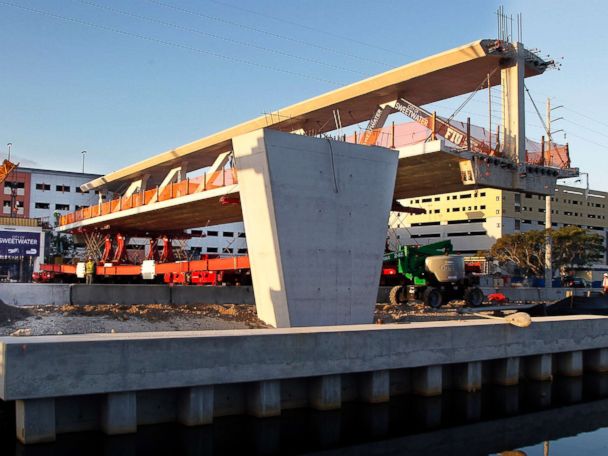 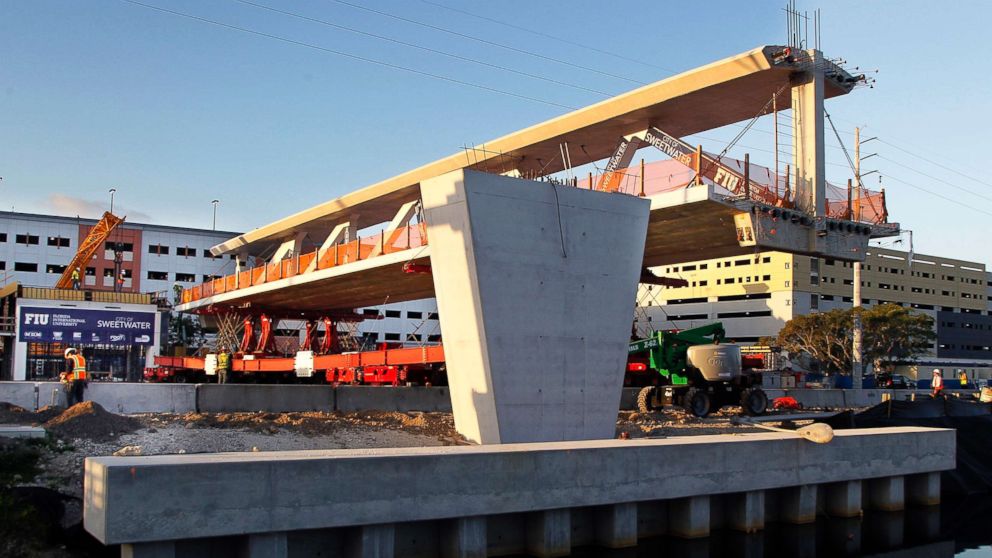 An engineer at the firm that designed the ill-fated Florida International University pedestrian bridge left a message for state a state transportation official days before the deadly collapse, saying that he had observed a crack in the bridge — but the message wasn’t heard until after the span fell, officials said.

The worker at FIGG Bridge Engineers left a landline voicemail for an employee of the Florida Department of Transportation on Tuesday, saying he saw some cracking on the bridge but was not concerned from a safety perspective, according to FDOT.

The employee for whom the message was intended was out of the office on assignment and didn’t retrieve the message until he returned to the office on Friday, said FDOT officials who released the recorded message and a transcript.

“Calling to, uh, share with you some information about the FIU pedestrian bridge and some cracking that’s been observed on the north end of the span, the pylon end of that span we moved this weekend,” the FIGG engineer said in the message.

“Um, so, uh, we’ve taken a look at it and, uh, obviously some repairs or whatever will have to be done but from a safety perspective we don’t see that there’s any issue there so we’re not concerned about it from that perspective although obviously the cracking is not good and something’s going to have to be, ya know, done to repair that.”

FDOT said the FIU design-build team has solely responsible to identify and address life-safety issues and to notify DOT.

“At no point during any of the communications above did FIGG or any member of the FIU design build team ever communicate a life-safety issue,” FDOT said in an email Friday.

Despite the unheard voicemail, FIU released a statement after midnight on Saturday saying they held a meeting Thursday morning about the cracking in which FIGG engineers, FIU and FDOT representatives were present.

“On Thursday morning (March 15, 2018), at 9:00 a.m., theDesign Build Team of MCM and FIGG, convened a meeting at the MCM trailer, located on the construction site, to discuss a crack that appeared on the structure,” FIU said in its statement. “The FIGG engineer of record delivered a technical presentation regarding the crack and concluded that there were no safety concerns and the crack did not compromise the structural integrity of the bridge. This meeting lasted approximately two hours and included FIU and FDOT representatives.”

FIGG issued a statement Friday evening saying it was “heartbroken by the loss of life and injuries.”

“[We] are carefully examining the steps that our team has taken in the interest of our overarching concern for public safety. The evaluation was based on the best available information at that time and indicated that there were no safety issues,” FIGG said in its statement. “We will pursue answers to find out what factors led to this tragic situation, but it is important that the agencies responsible for investigating this devastating situation are given the appropriate time in order to accurately identify what factors led to the accident during construction.”

At a Friday evening press conference National Transportation Safety Board Chairman Robert Sumwalt said his agency was not aware of the crack and its existence had yet to be confirmed.

“I don’t think we know at this point if there was a crack in the bridge,” he said, adding that a crack doesn’t necessarily mean the bridge was unsafe. “That’s still too early in the investigation for us to determine.”

Sat Mar 17 , 2018
Mass production of 3-D printed cars is coming soon. The first will be from start-up XEV and Polymaker, a developer of 3-D printing materials. The $7,500 car, called LSEV, only took three days to make according to the creator. All of the components in LSEV were printed except for the […]