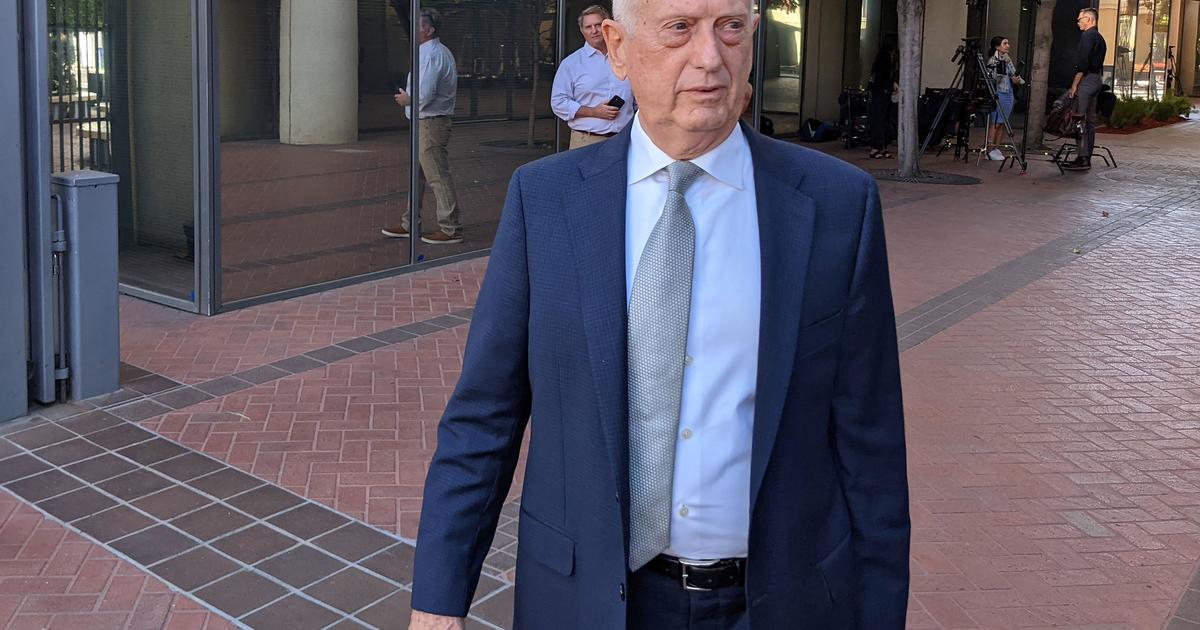 Former U.S. Secretary of Defense James Mattis testified Wednesday in the trial of fallen tech star Elizabeth Holmes, saying the entrepreneur misled him into believing she was on the verge of rolling out a blood-testing breakthrough that he hoped would help save lives of troops in battle.

Mattis’ appearance came during the sixth day of a high-profile trial in San Jose, California. The U.S. government alleges that Holmes duped sophisticated investors, patients, customers and even her own company’s board into believing that her startup, Theranos, had developed a technology that could scan for an array of potential health problems with just a few drops of blood. Existing tests generally each require a vial of blood.

During more than three hours of maskless testimony delivered behind plexiglass, Mattis recalled how impressed he was with Holmes when he first met her in 2011 while still serving as a four-star general in the Marine Corps, where he oversaw U.S. wars in Iraq and Afghanistan.

Mattis, nicknamed “Mad Dog” by some while he was in the military, testified that Holmes initially struck him as a “sharp, articulate, committed” CEO who drew his interest when she described the compact blood-testing machine called Edison that Theranos was developing.

Holmes assured him that the Edison would be able to scan for health problems with just a finger prick — a concept that Mattis testified he found “pretty breathtaking” for its potential applications in the field of battle.

“I’m strong believer in what you have designed/built and hope we can get it in the theater soon to test it,” Mattis wrote in a March 2013 email shortly before he retired from the military. In other emails, Mattis affectionately addressed Holmes as “young Elizabeth.”

While cross-examining Mattis, a lawyer for Holmes showed a July 2013 email from the retired general that suggested he had muted expectations for Theranos’ impact on the military. “U.S. military may be a customer but likely not immediately, or in a big way,” Mattis wrote while seeking clearance to be on the Theranos board.

In another email presented by government prosecutors during Mattis’ testimony, Holmes encouraged his belief in what Theranos could do for the military. “This initiative is a small way of being able to serve and we will do whatever it takes to make it successful,” Holmes assured him in her email.

Fraud? Or a failed quest?

As Mattis testified, Holmes watched him intently without displaying much emotion. Holmes maintains her innocence, arguing she poured her life into an invention that she sincerely believed would revolutionize medicine yet failed in her quest.

Holmes, now 37, ended up convincing Mattis, now 71, to join the Theranos board of directors later in 2013, even though he had no medical background. Mattis testified that Holmes wanted him on the board to help teach her about leadership and team building.

Besides joining the board, Mattis said he also decided to invest $85,000 of his own savings so he would have some “skin in the game.” Theranos paid him $150,000 annually as a board member, according to evidence submitted Wednesday by Holmes’ lawyers, though Mattis testified he told Holmes he would do it for free because “I believe in what you are doing.”

By the time he left Theranos in late 2016, Mattis testified he had lost faith in Holmes. His disillusionment began a year earlier after a series of explosive articles published in the Wall Street Journal exposed troubling flaws and inaccuracies in Theranos’ blood-testing technology. Those revelations triggered Theranos’ downfall and culminated in the criminal case against Holmes, which could send her to prison for up to 20 years if she is convicted.

“There became a point where I didn’t know what to believe about Theranos any more,” Mattis said, although he couldn’t pinpoint a precise date when he lost faith in Holmes.

Other well-knowns on Theranos board

Mattis isn’t the only well-known board member or investor who became enthralled with Holmes and Theranos.

The list of billionaire investors who once valued the privately held company at $9 billion — with half of the stock owned by Holmes — included media mogul Rupert Murdoch, Walmart’s Walton family and Oracle co-founder Larry Ellison.

Some of them are expected to testify during a trial scheduled to run through December 17.