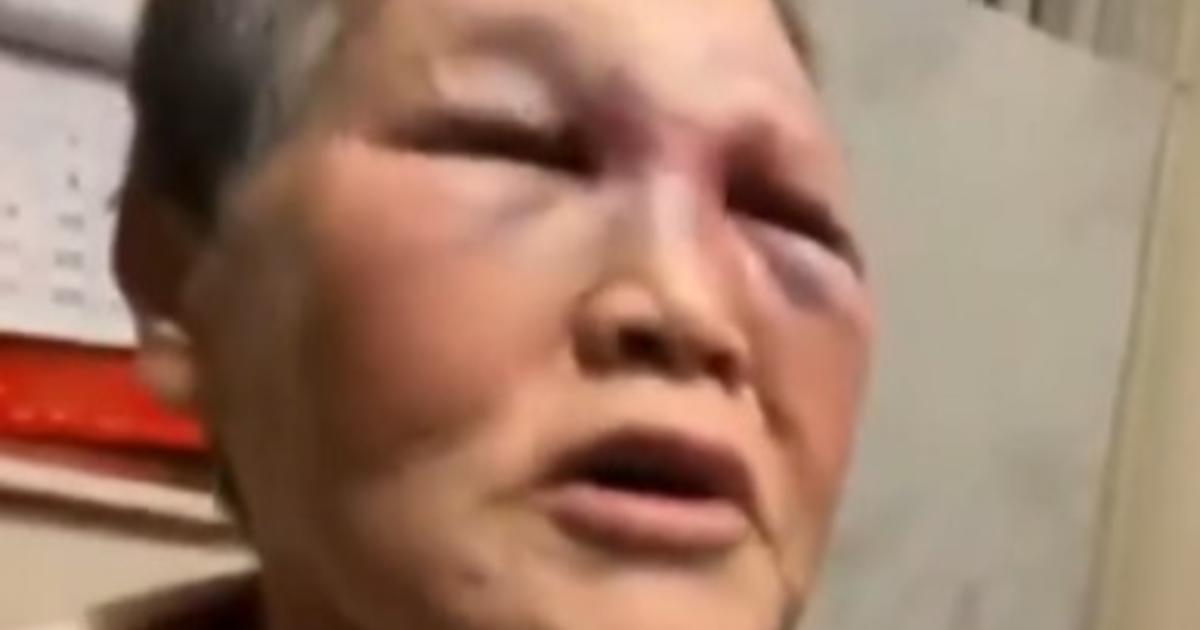 An elderly woman who was attacked on Market Street in San Francisco Wednesday – the latest victim in a wave of attacks on Asians in the Bay Area – turned the tables on her assailant, leaving him with injuries that required a trip to the hospital.

Xiao Zhen Xie candidly spoke with CBS San Francisco about the attack from her senior retirement home in the city, with her daughter, Dong-Mei Li, helping to translate.

“Very traumatized, very scared and this eye is still bleeding,” Li told KPIX 5. “The right eye still cannot see anything and (is) still bleeding and we have something to absorb the bleeding.”

Her mother was holding an ice pack to her face at the attack scene. Police said both the assailant and victim were taken to a hospital for treatment.

Surrounded by her family, the 76-year-old, who’s lived in San Francisco for 26 years, said she was quite shaken up and that the attack was completely unprovoked. Her immediate instinct was to fight back.

She said she was just waiting at a traffic light when the suspect suddenly punched her by her left eye.

Immediately, her instincts kicked in to defend herself. While she suffered injuries and required medical attention, it was her attacker that ended up on a stretcher. Li says, “She found the stick around the area and fought back.”

CBS San Francisco Sports Director Dennis O’Donnell happened to come up on the scene during his morning run.

“There was a guy on a stretcher and a frustrated angry woman with a stick in her hand,” O’Donnell said. “From what I could see, she wanted more of the guy on the stretcher and the police were holding her back.”

Witnesses told the station they saw the woman pummeling her assailant.

In a video taken at the scene, the suspect is handcuffed to a stretcher with his face bloodied. The sobbing victim appears to berate him and wave what looks to be a wooden board at him as he’s being taken away.

“You bum, why did you hit me?” the woman said in Chinese.

She then turned to the crowd of people who’d gathered and exclaimed, “This bum, he hit me,” as she raised the stick she was holding and sobbed. “He hit me, this bum,” she repeated.

Officers also say there was a second victim earlier, an 83-year-old Asian man.

A 39-year-old man is being investigated for both attacks, and police say they’re trying to determine if bias was a factor.

The family has set up a GoFundMe account to help with medical expenses.