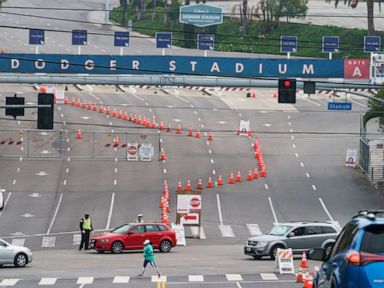 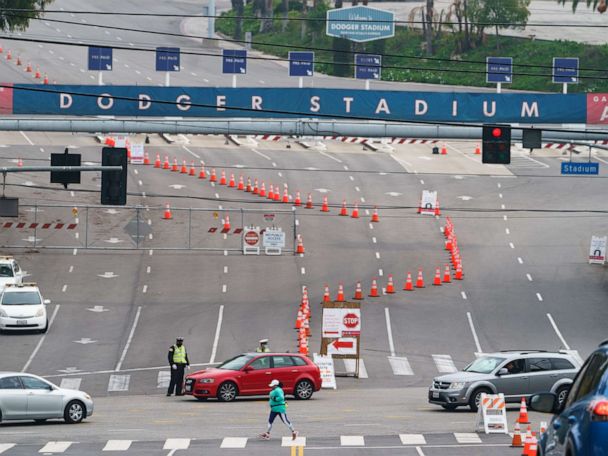 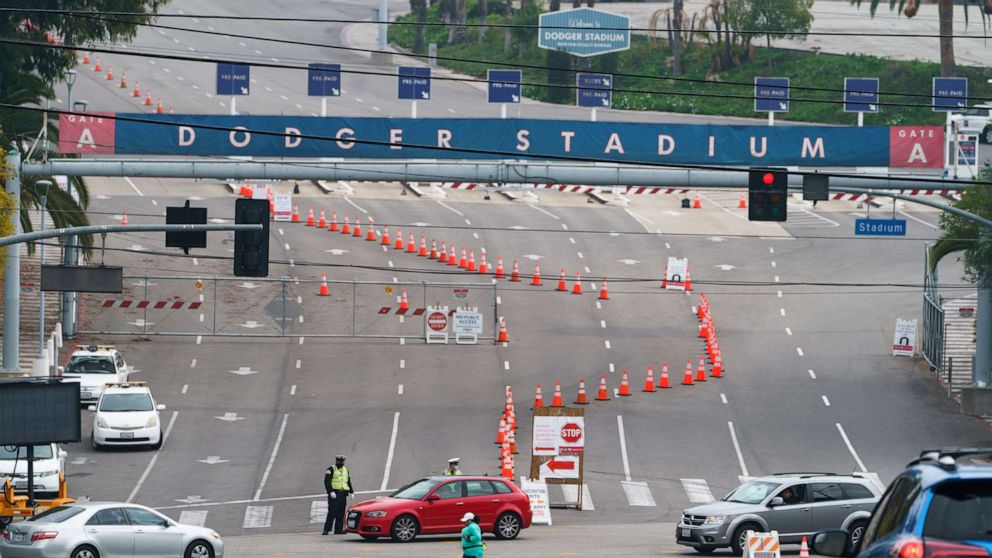 Los Angeles’ five city-run vaccination sites, including Dodger Stadium, will close on Friday and Saturday due to a lack of doses, Mayor Eric Garcetti said.

The city will have exhausted its current supply of the Moderna vaccine for first-dose appointments by Thursday, forcing the temporary closures, he said.

“The problem is, we don’t have enough vaccines,” Garcetti said during a virtual briefing Wednesday evening. “We aren’t receiving enough doses soon enough.”

The city has administered 293,000 doses so far at its five vaccination sites — a 27% distribution increase since last week — and is averaging about 13,000 doses a day, Garcetti said.

Dodger Stadium, one of the largest mass vaccination sites in the country, has the capacity to innoculate up to 12,000 people a day.

“That is unacceptable,” the mayor said. “I want to be clear: Los Angeles needs more doses.”

Garcetti said he learned in a briefing with other county partners Wednesday that cities with smaller populations are receiving more doses than the entirety of Los Angeles County.

“I don’t want to take away a single dose away from them, but it is only fair that Los Angeles gets a steady supply to meet the moment of our need,” he said, noting that if given the proper supply, Los Angeles could vaccinate 5 million people by July.

The city has distributed 98% of all doses it has received, Garcetti said.

People waiting for a second dose will not be impacted.

The city-run sites aren’t the only ones impacted by the available vaccine supply. Los Angeles County-run sites are only administering second doses the rest of this week due to short supply, the county public health department said.

“In these times of vaccine scarcity, we ask that everyone be mindful of waiting for your turn, and ensuring that those most vulnerable in each eligible group have access to the vaccine; this includes older people, frontline workers in these eligible sectors, and eligible residents and workers in the hardest-hit communities,” Barbara Ferrer, director LA County’s public health department, said in a statement Wednesday.

The shortage comes as the county looks to expand vaccine eligibility in the coming weeks to include education and childcare workers, food and agriculture services and law enforcement and transportation workers.

LA is also rolling out mobile vaccination sites to reach vulnerable communities hardest hit by COVID-19 infections and deaths. In the past week, it has administered 1,700 shots, over two-thirds of which went to Black residents, at its first location, Garcetti said Wednesday.

The city added a second mobile unit Wednesday and plans to open a third next week.

“Even with fewer vaccines, and having to shut down Dodger Stadium, we will keep those going this week, because we can’t afford to see the outbreaks — and, quite frankly, the unequal deaths — that we’re seeing in communities of color,” Garcetti said.