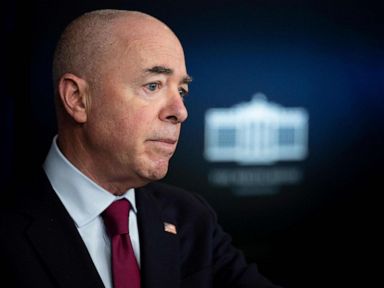 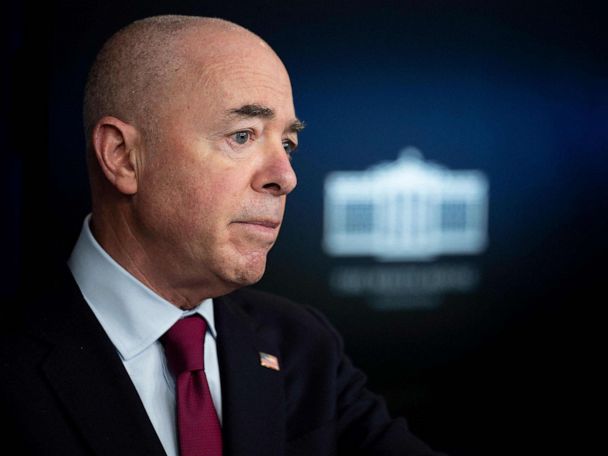 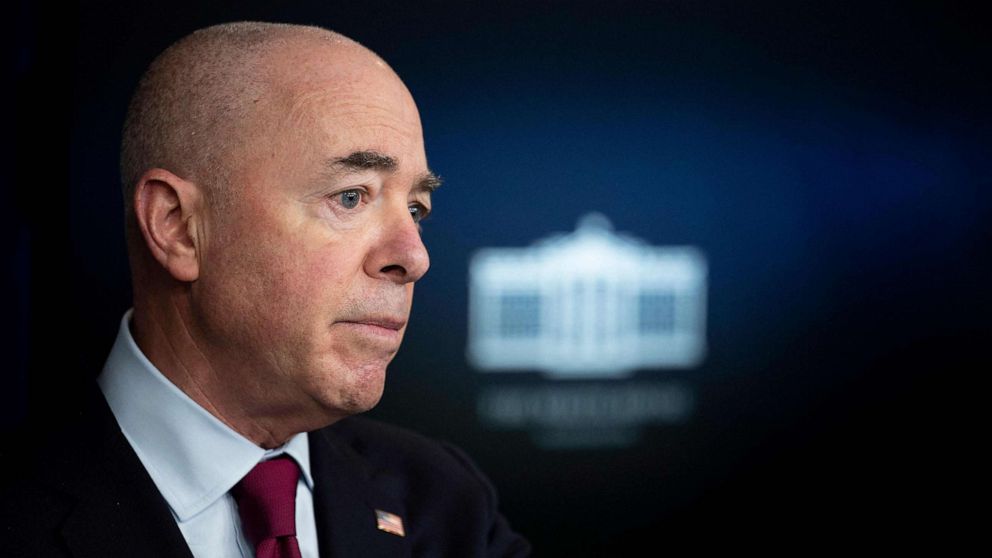 Mayorkas continues to urge migrants: Now is not the time to travel.

Homeland Security chief Alejandro Mayorkas appeared before lawmakers for the first time as secretary on Wednesday, amid the humanitarian crisis at the southern border.

A record increase in crossing attempts by unaccompanied migrant children continues to overwhelm Border Patrol resources in the southwest.

In his opening statement to the House Homeland Security Committee, Mayorkas reiterated that the department faces a difficult situation at the border – but stopped short of calling it a crisis.

He highlighted the administration’s efforts at rolling back some Trump-era policies such as the “Remain in Mexico” protocols and stressed that most people crossing the border are single adults who are immediately sent back.

Mayorkas has led the deployment of the Federal Emergency Management Agency (FEMA) and has overseen the reassignment of personnel from other areas of the country to aid authorities on the front lines.

This week, the number of minors in Border Patrol custody ballooned to more than 4,200, according to sources familiar with the data.

Many kids were spending days in crowded holding cells, waiting to be transferred to the Department of Health and Human Services’ Office of Refugee Resettlement.

The delays comes as a population of about 8,800 children continue to be under the care of the refugee resettlement office.

In a statement Tuesday, Mayorkas suggested one of the reasons children are being held in Border Patrol custody for longer than the 72-hour limit mandated by law is because the HHS is having capacity issues.

The Kay Bailey Hutchison Convention Center in Dallas will start functioning as a transition facility for unaccompanied migrant kids starting Wednesday, according to the Office of Refugee Resettlement. It’s the latest facility to come online in an attempt to provide a safe and sanitary place to hold unaccompanied children after they cross the border.

Mayorkas assured in an interview with “Good Morning America” Tuesday that the influx of migrants is under control, and, while he urged migrants to not come to the U.S. at this time, he stopped short of saying they should never make an attempt.

“Give us the time to rebuild the system that was entirely dismantled in the prior administration, and we have in fact begun to rebuild that system,” he told ABC News chief anchor George Stephanopoulos.

Mayorkas has disputed the notion that the situation at the border is unmanageable.

“This is what we do,” he told Stephanopoulos. “We know how to secure the border. We know how to care for children, and we know how to build legal and safe pathways to the United States that the law provides.”

As the border crises worsens, Mayorkas is also facing questions over Russian interference in the 2020 election. On Tuesday, the Department of Justice, FBI and DHS issued a report that assessed the election infrastructure security concerns.

The agencies found no evidence that “any foreign government-affiliated actor prevented voting, changed votes, or disrupted the ability to tally votes or to transmit election results in a timely manner; altered any technical aspect of the voting process; or otherwise compromised the integrity of voter registration information of any ballots cast during 2020 federal elections.”

They did find that Russian and Iranian campaigns targeted multiple critical infrastructure sectors that compromised some of the election functions but “did not materially affect the integrity of voter data, the ability to vote, the tabulation of votes, or the timely transmission of election results.”

The administration has yet to outline what exactly their response will be to the hack which was attributed to Russia.

Wed Mar 17 , 2021
Uber drivers in the U.K. will receive the minimum wage, pensions and holiday pay, following a recent court ruling that said they should be classified as workers and entitled to such benefits. The ride hailing giant’s announcement Tuesday comes after it lost an appeal last month at the U.K. Supreme […]