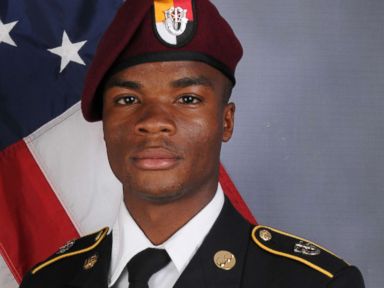 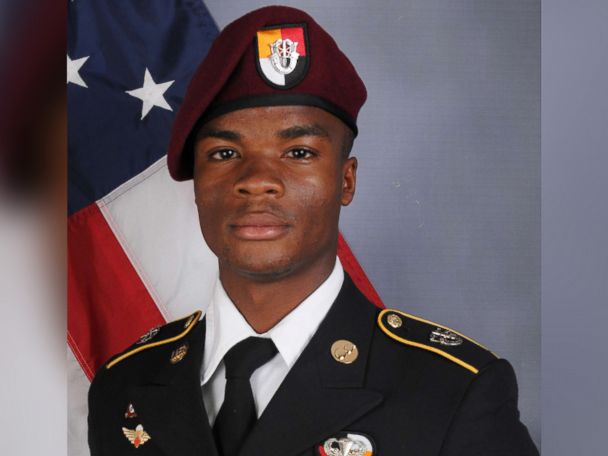 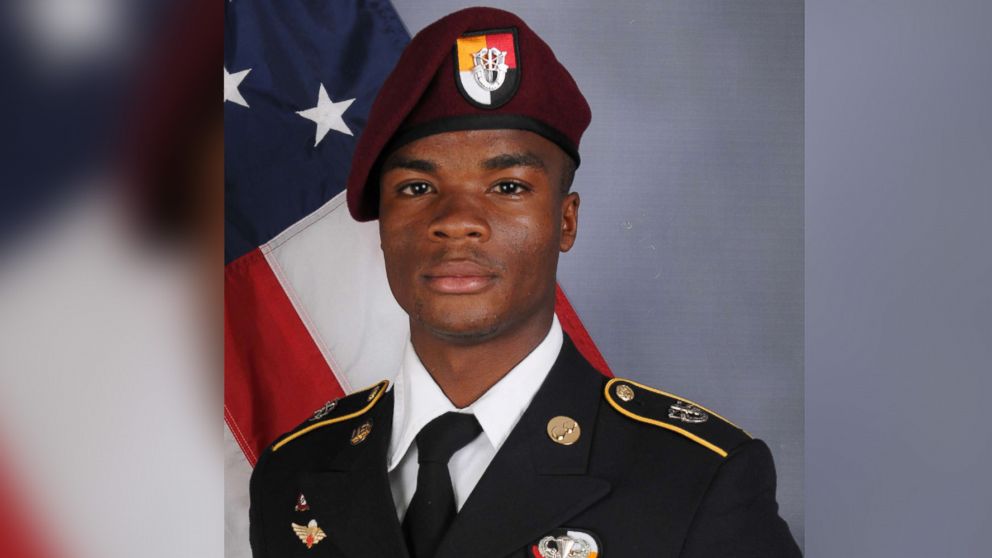 A moving portrait of one of the fallen U.S. soldiers killed in an ambush in Niger has emerged in the wake of his death this month, with his longtime love speaking out about her devastation and the unfathomable prospect of raising their three children as a single mother.

“For him not to be with us anymore is just heartbreaking and devastating because I don’t know what I’m going to do without him,” Myeshia Johnson said of her husband, Sgt. La David Johnson.

“He was just everything to us,” she told CBS Miami.

Upon hearing the news, she said, “my whole life just changed in an instant because my husband was my soulmate.”

Myeshia and La David Johnson met when they were 6 years old while living in Miami.

Rep. Frederica Wilson, who represents his Florida district, told MSNBC’s “Morning Joe” that Johnson was raised by an aunt and uncle. He participated in a mentorship program that Wilson started called 5,000 Role Models in Excellence, as did his two younger brothers.

“I lose a lot of young black boys every year to crime in the street,” Wilson told “Morning Joe,” “but when a community like mine has a hero that we can lift up and celebrate and love, that’s all we care about. We’re so proud of him and everything that he accomplished. He died as a sergeant. He died as a hero. We are so proud of him.”

He was known to people outside of his community as well because of his passion for bike trips. Starting in 2014, he posted a series of videos on YouTube that show his popping a wheelie on a bike. He dubbed himself the “Wheelie King.”

More recently, in 2016, he posted several videos of his giving himself a military-style haircut.

Now, those videos are something that his widow is going to use to help remind his children of him.

“We have a lot of memories and videos and pictures and great times with him that we’ll cherish forever,” Myeshia Johnson told CBS Miami.

The couple had two children — a 6-year-old daughter and a 2-year old son — and another daughter on the way. A GoFundMe page has been established to raise money for the children’s education and, within a day, more than $315,000 had been raised.

“I told him before he leave that I love him and make sure he come back to me,” Myeshia told CBS Miami.

Sgt. Johnson was one of four soldiers killed in Niger when a joint patrol of U.S. and Nigerien forces was ambushed Oct. 4 by militants believed linked to ISIS. He was serving with a Green Beret unit as part of its support team.

He enlisted in the Army in January 2014 as a wheeled-vehicle mechanic and was assigned to the 3rd Special Forces Group, a Green Beret unit based at Fort Bragg, North Carolina. The military says his body was found Friday after an extensive search; his body was initially listed as missing.

Myeshia Johnson told CBS Miami that it was so important to her and her loved ones for his remains to be returned to the U.S.

“That was one of my main goals was for him to come home. He needed to come home because we needed that closure for my family,” she said.

NFL Commissioner Roger Goodell: 'We believe everyone should stand'

Wed Oct 18 , 2017
NFL Commissioner Roger Goodell said that he and other team owners “believe everyone should stand for the national anthem” but left the league’s policy about asking players to do so unchanged. Goodell made the comments in a press conference Wednesday, one day after an annual meeting in which owners and […]