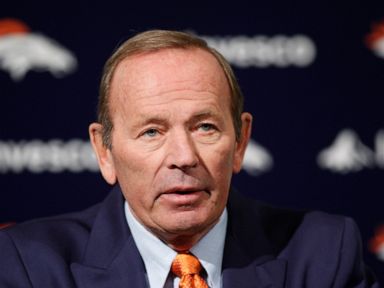 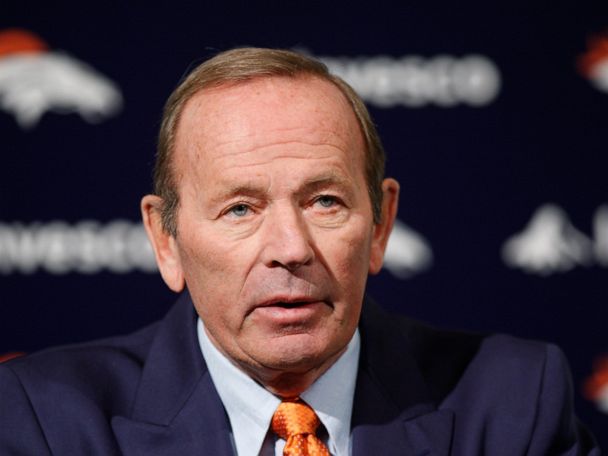 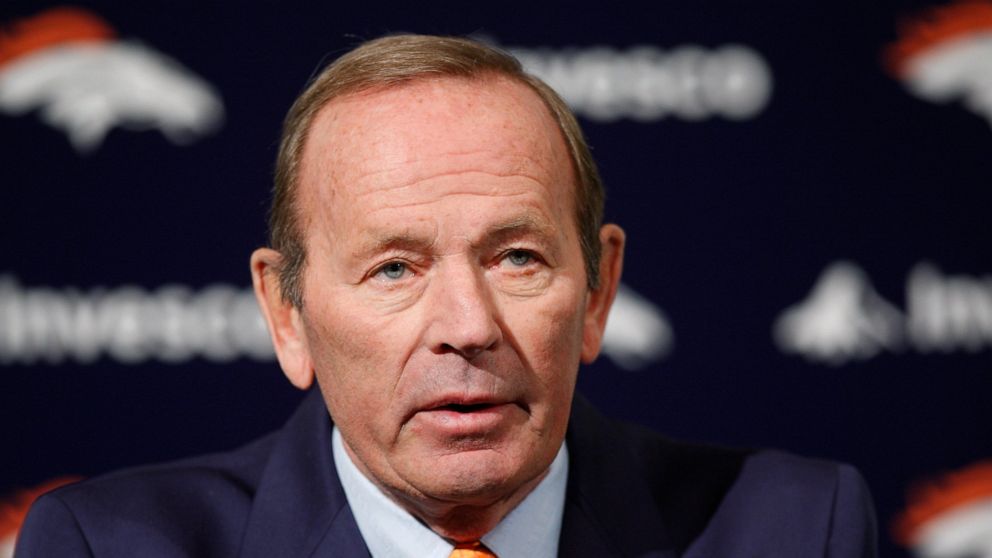 Pat Bowlen, the Denver Broncos owner who transformed the team from also-rans into NFL champions and helped the league usher in billion-dollar television deals, died late Thursday night, just under two months before his enshrinement in the Pro Football Hall of Fame. He was 75.

In a statement posted on the Broncos’ website, Bowlen’s family said he died peacefully at home surrounded by loved ones. They did not specify a cause of death. Bowlen had battled Alzheimer’s for several years.

Bowlen was the first owner in NFL history to oversee a team that won 300 games — including playoffs — in three decades. He had as many Super Bowl appearances (seven) as losing seasons, and Denver is 354-240-1 since he bought the club in 1984.

Following their 31-24 victory over Green Bay for the franchise’s first championship, Bowlen famously hollered, “This one’s for John!” Hall of Fame quarterback John Elway called it the greatest moment of his playing career.

Elway the executive returned the favor on Feb. 7, 2016, when he jabbed the silver Lombardi Trophy into the sky after Denver’s 24-10 win over Carolina in Super Bowl 50 and declared, “This one’s for Pat.”

That came 18 months after Alzheimer’s forced Bowlen to step down from his daily duties running the team.

“I’m just glad I had the opportunity,” Elway told The Associated Press in the victorious locker room that night. “I didn’t want to think about it too much because I didn’t want to jinx anything. But I was waiting for the day that I was able to do that. So, I was glad and really thrilled that I was able to do that and we’ll take that trophy over to Pat next week and let him cherish it.”

Elway delivered the prize to Bowlen’s home back in Denver. And in the Mile High City, more than a million fans packed downtown for a victory parade 17 years after Elway capped his remarkable playing career by leading the Broncos to back-to-back titles.

Super Bowl 50 was the Broncos’ eighth trip to the big game, seven under Bowlen’s watch, and all of those with Elway’s help — first as his QB and then as his GM.

Bowlen’s wife, Annabel, who recently announced that she, too, is battling Alzheimer’s, and their children were on hand to accept the Lombardi Trophy on his behalf in Santa Clara, California.

“His soul will live on through the Broncos, the city of Denver and all of our fans,” Bowlen’s family said in their statement Thursday night. “Heaven got a little bit more orange and blue tonight.”

During his 35 seasons as owner, Bowlen’s teams compiled a .596 winning percentage — tied for second-best in the NFL during that span. Among professional franchises in the four major North American sports, only the San Antonio Spurs, New England Patriots and Los Angeles Lakers were better, according to the Broncos.

Bowlen relished working behind the scenes and shied away from the spotlight. In the words of former coach Mike Shanahan, “Pat just wanted to be one of the guys.”

“That’s why I think he was so beloved by so many people, including myself,” Shanahan said. “And you also knew that he would give anything to make your football team better or at least get a chance at the Super Bowl. At that time you would say every ounce that he had — I should say every penny he had — he wanted to go into giving the football team a Super Bowl. That was his No. 1 priority. That was it. It was not trying to buy different companies and trying to make more money. His goal was winning a Super Bowl.”

Former Broncos coach Gary Kubiak said: “Most guys would tell you that played for him or worked for him that he was not only our owner, but he was your friend.”

Bowlen served as a sounding board for NFL Commissioners Pete Rozelle, Paul Tagliabue and Roger Goodell. He was crucial to the league’s growth as a member of 15 NFL committees, including co-chairing the NFL Management Council and working on network TV contracts, including the league’s ground-breaking $18 billion deal in 1998.

“Pat was the driving force in establishing the championship culture of the Broncos. He was also an extraordinary leader at the league level during a key period,” Broncos President and CEO Joe Ellis said in a statement. “With the fans, Pat felt in many ways that his team belonged to them and approached things with that in mind. There will never be another owner like Pat Bowlen.”

Bowlen had a deep appreciation for his players, whether or not they were stars, and it’s not unusual to see ex-Broncos watching practice.

“When I retired, Mr. B. told me I was welcome anytime at team headquarters,” said Hall of Fame tight end Shannon Sharpe. “He said I didn’t need a pass, either: ‘Your face is your credential.'”

Ownership of the franchise is held in a trust Bowlen set up more than a decade ago in hopes one of his seven children will one day run the team. Until then, Ellis, one of three trustees, is doing so in a “What would Pat do?” sort of way.

Although daughter Brittany is hoping to one day take over the team, the succession plan and the trustees’ oversight of Bowlen’s estate has been challenged in state district court in the last year by some members of the Bowlen family.

Those who worked for Bowlen remember a man who put production ahead of profits; trained tirelessly for triathlons; fostered a winning atmosphere from the lobby to the locker room; and was always quick with a compliment and sure to couch his criticism.

Bowlen flashed his competitive streak whether on the road conducting league business, on the sideline watching his team or on the StairMaster drenched in sweat.

It was evident in his dislike for Peyton Manning when the quarterback played for Indianapolis before joining the Broncos in 2012.

“I get it, and I respect that,” Manning said, adding that Bowlen flew back to Denver from his offseason home in Hawaii to welcome him when he signed with the Broncos, and they were friends afterward.

“If there was a way for him to compete against what he’s going through,” former defensive end Alfred Williams said a couple of summers ago, “he’d beat that damn disease every time.”

PetSmart’s Chewy prices its IPO at $22 a share, higher than its target

Fri Jun 14 , 2019
article PetSmart’s Chewy will start trading on Friday. (Chewy) PetSmart’s online retailer Chewy priced its initial public offering (IPO) at $22 a share, higher than its target, ahead of trading scheduled to start later Friday. Continue Reading Below The online store for pet product needs was valued at around $8.77 […]