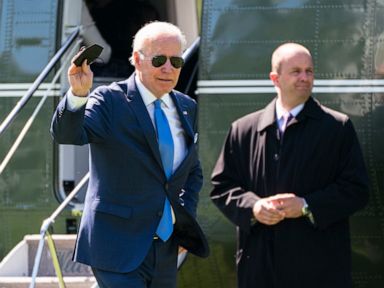 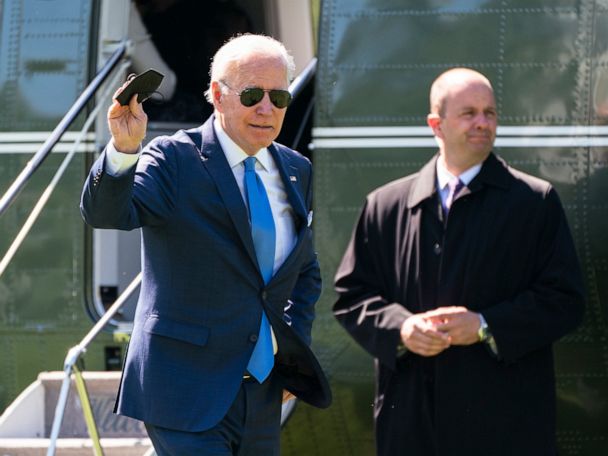 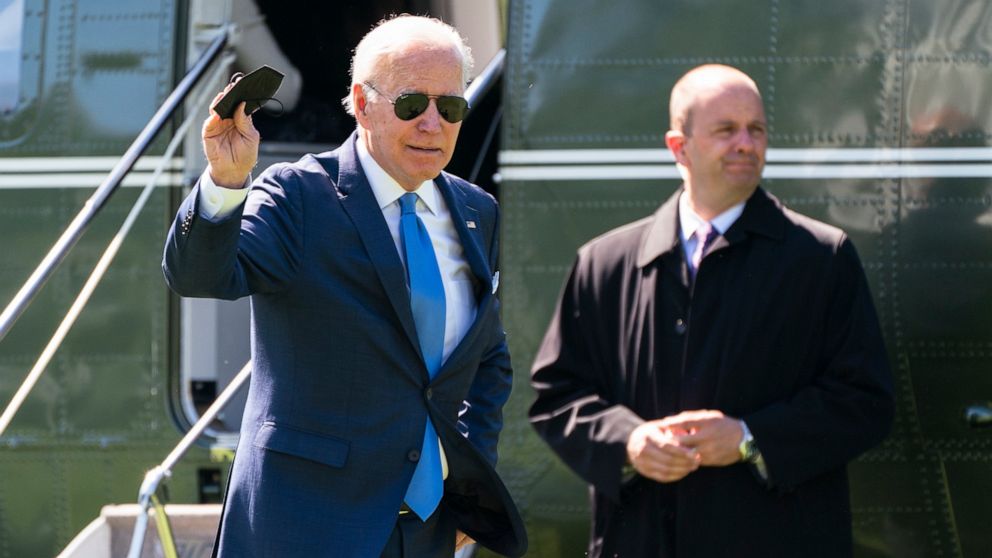 In a retreat, Biden conceded that the package should not contain any of the additional billions he’s requested to combat COVID-19. Republicans, whose backing would be crucial to pushing legislation through the evenly divided Senate, have opposed adding that money to the Ukraine aid.

“We cannot afford delay in this vital war effort,” Biden said in a written statement. “Hence, I am prepared to accept that these two measures move separately, so that the Ukrainian aid bill can get to my desk right away.”

Biden said he has “nearly exhausted” his authority to continue shipping military aid to Ukraine, adding, “We are approximately ten days from hitting this critical deadline.”

Democrats have already offered their latest proposal to the GOP.

“I’m focused on getting it done without extraneous matters on it, and getting it done quickly,” Senate Minority Leader Mitch McConnell, R-Ky., said of the latest proposal, which Democrats have offered to the GOP. He said the measure “may adjust some in the process.”

Details of the measure were described Monday by people who could speak only on condition of anonymity because they were not authorized to discuss it publicly. Biden’s statement provided no details, saying, “Congress is likely to pass it in substantially the form I proposed.”

Democrats’ movement on the proposal comes with Russia’s invasion of Ukraine in its 11th week and showing signs of becoming a grinding, long-term war. Heavy fighting in Ukraine’s eastern and southern areas is causing widespread damage and significant losses on both sides, but the Russian offensive is showing few signs of progress.

Still, U.S. officials in and out of Congress have stressed that it will be critical to continue speeding assistance to Ukraine, whose forces are outnumbered.

Emphasizing the urgency facing U.S. officials, Pentagon press secretary John Kirby said the Pentagon’s ability to send weapons systems and other equipment from Defense Department stockpiles to Ukraine will run out in about three weeks. The Pentagon currently has about $100 million in drawdown authority left from a $13.6 billion Ukraine aid measure enacted in March.

“Which is why we encourage Congress to act quickly,” Kirby told reporters at the Pentagon. He said the Pentagon would like “no interruption” in its ability to send Ukraine weapons and other equipment.

While Democrats say more spending to combat COVID-19 is also crucial, their plan to seek votes on a package omitting those funds underscores their thinking that rushing assistance to Ukraine is their top priority. A push for a separate pandemic measure would come later, Democrats say.

The officials said Democrats’ Ukraine measure would include $3.4 billion more than Biden had requested for defense spending and another $3.4 billion over what the president sought for humanitarian aid.

Biden’s request, which he sent Congress on April 28, asked for $20 billion for defense spending for Ukraine, the U.S. and their allies. It also requested $3 billion for humanitarian assistance, including to help feed people around the world who rely on grains and other food from war-racked Ukraine.

Backed by Democrats, Biden has asked Congress for another $22.5 billion to buy vaccines, treatments and tests so the country could be better prepared for future COVID-19 variants, and to help staunch the virus’ spread in poor countries abroad. In a deal with Republicans, Democrats agreed last month to slice that request to $10 billion, but the compromise was derailed over other disagreements.

With elections approaching and the public tiring of dealing with the pandemic, Republican support for added COVID-19 spending has flagged. Democrats hoped wrapping the pandemic money into the widely popular Ukraine measure would ease approval of the COVID-19 funds.

In his statement, Biden said Congress should send him the Ukraine funds “in the next few days. And then, I urge Congress to move promptly on the COVID funding bill.”

Unwilling to slow the Ukraine package, Republicans also want to keep the pandemic spending separate so they can use that measure for a fight over immigration that could damage Democrats.

The GOP wants to force a vote on a proposal to continue curbs on admitting migrants crossing the Mexican border for fear of spreading the pandemic, restrictions imposed by then-President Donald Trump.

With increases in border crossings expected soon, that proposal divides Democrats, with many reluctant to back Biden in ending those restrictions later this month.

Mon May 9 , 2022
U.S. President Joe Biden delivers remarks during a Rose Garden event at the White House in Washington, May 9, 2022. Kevin Lamarque | Reuters President Joe Biden urged Congress on Monday to quickly approve a multibillion-dollar aid package for Ukraine before trying to pass a new round of Covid-19 funding, […]