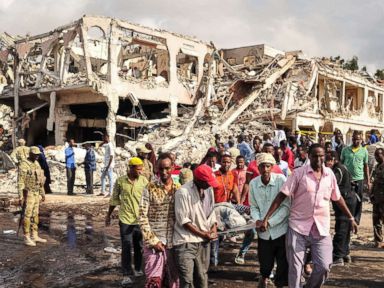 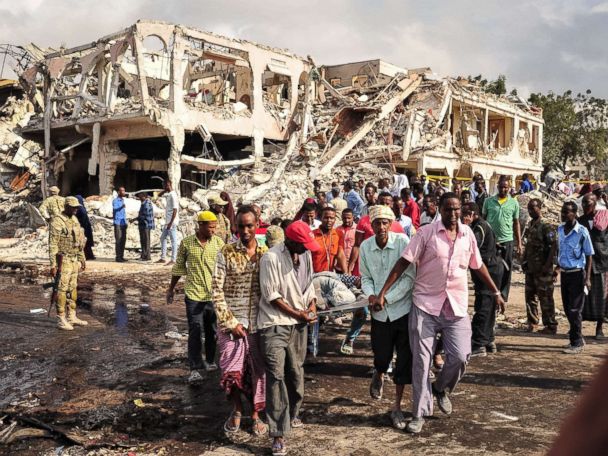 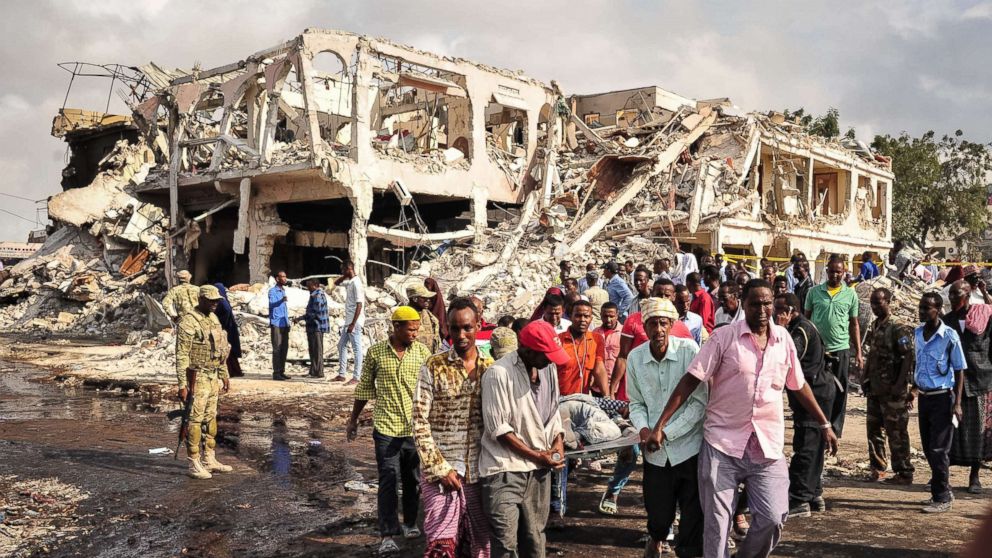 Two powerful truck bombs in the heart of Somalia’s capital Mogadishu on Saturday killed at least 300 people and injured about 300 more, in what authorities call the deadliest attack in the country’s history.

Funerals have begun for the killed who have been found. But the death toll from the attacks is expected to rise, as rescue workers continue attempts to pull victims from the rubble.

The government has blamed the al-Qaida-affiliated al-Shabab group for the attacks, but the extremist group has not yet commented.

Somalia’s President Mohamed Abdullahi Mohamed Farmaajo announced three days of mourning for the victims and said flags will be flown at half mast. The Minister of Information, Abdirahman O. Osman called the attack barbaric and said that officials from Turkey and Djibouti have arrived in Mogadishu to provide support for the victims and that more than 30 injured people were flown to Turkey for treatment.

Hospitals are overextended and struggling to treat victims, many of whom sustained severe burn injuries. Volunteers have been providing first aid and have transferred many wounded to nearby medical points.

Five Red Crescent volunteers were killed in the explosion and several others injured. Among the killed were also 15 primary school children who were on a school bus at the time of the attack, Abdulkadir Adam, the director of an ambulance service, told the Associated Press.

U.N. Secretary General António Guterres said on Sunday that he was “sickened” by the attack, which took place on a crowded street, and sent condolences to the victims.

The Special Representative of the UN Secretary-General for Somalia, Michael Keating, said an “unprecedented” number of civilians had been killed.

“I am shocked and appalled by the number of lives that were lost in the bombings and the scale of destruction they caused,” he said in a statement. “The perpetrators struck a densely populated neighborhood of Mogadishu. They have killed an unprecedented number of civilians. It is a revolting attack both in terms of its intent and impact.”

The International Committee of the Red Cross said that the attacks were a reminder of the toll the armed conflict in Somalia has had on civilians.

“Thousands of civilians lose their life in Somalia every year as a direct consequence of the ongoing conflict,” said Jordi Raich, ICRC’s Head of Delegation, in a statement.

WATCH: On the front lines with police officers in real time

Mon Oct 16 , 2017
Transcript for On the front lines with police officers in real time We’re back with a realtime look at one of the most dangerous calls police officers face when a suspect is threatens people’s lives and willing to lose their own. We’re showing a call that officers got on “Live […]