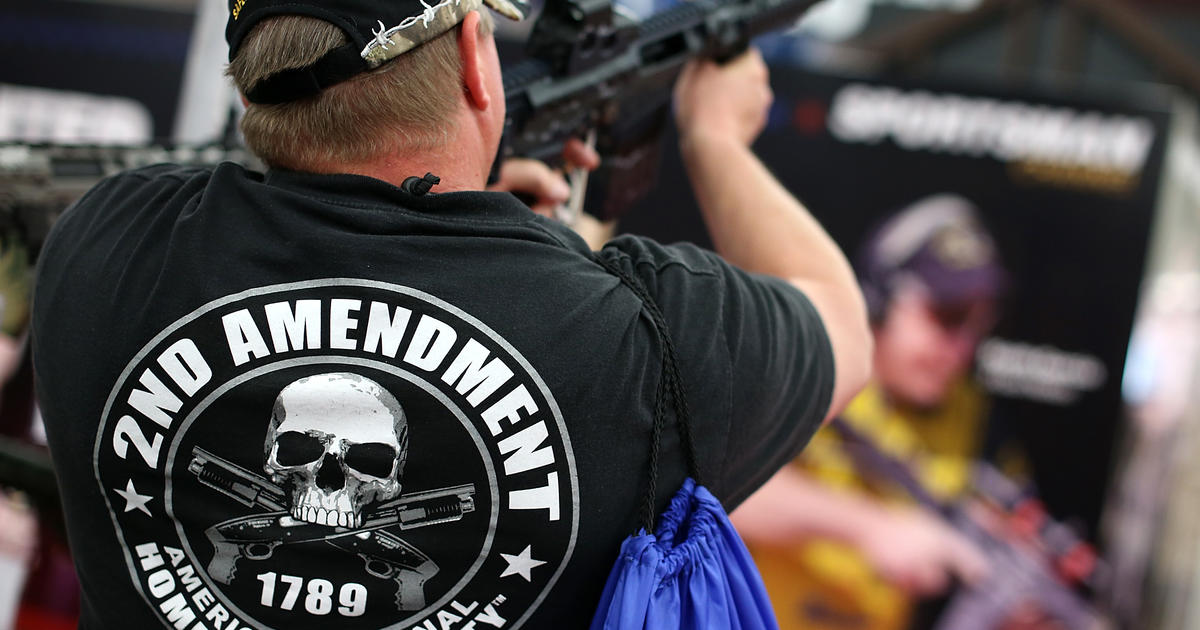 With the National Rifle Association getting ready to hold its annual meeting this past weekend in Dallas, one local restaurant got itself in hot water over gun control. Ellen’s Restaurant included a message on the bottom of its receipts on Friday morning: “Thanks for visiting Ellen’s! A portion of this week’s proceeds will be donated to organizations dedicated to implementing reasonable and effective gun regulations. Welcome to Dallas!”

Proponents and opponents of gun control weighed in on social media, including Yelp reviews over the weekend penned by folks who’ve never dined at the all-day brunch spot.

Joe Groves, owner of the restaurant, said he decided several weeks ago to make what he believed to be a positive statement. While ready for some backlash, “I had no idea those two buzzwords — reasonable and effective — would create such a stir,” he told CBS MoneyWatch.

“The good news is business is up 27 percent for the week,” with more than $15,000 raised for a to-be-named national organization with a local chapter in Dallas, said Groves, adding: “The NRA helped us promote our cause.”

After posting a photo of the receipt on Facebook, Groves found himself on the receiving end of the NRA’s wrath. The gun-rights advocacy organization quickly took to Twitter to urge the roughly 80,000 people in town for its four-day gathering to “steer clear” of the eatery.

The NRA’s post sparked thousands of comments by those tweeting appreciation for the restaurant or the opposite.

By Friday night, the restaurant replied to the outcry in a post on Facebook, insisting that it supports the Second Amendment, and “like the NRA, we also support finding solutions to the senseless killings that happen much too frequently.”

Ellen’s also tweaked the text on its receipts, saying a portion of the week’s proceeds would go to groups “dedicated to implementing reasonable and effective gun regulations that protect citizens’ 2nd Amendment rights and also help reduce needless gun violence.”

But the attempt to stake out a middle ground fell on deaf ears at the NRA, which called out Groves by name in a tweet on Saturday. The group also bashed a CNN analyst and opinion columnist for USA Today for tweeting that all the fuss made her “want to fly to Dallas for brunch.”

During the weekend, NRA supporters hammered Ellen’s on Yelp and on the restaurant’s Facebook page, offering negative remarks and one-star reviews.

By Monday afternoon, Yelp had posted an “active cleanup alert,” saying the business was being monitored by its support team for content related to media reports, saying it would remove posts that appeared to be motivated more by news coverage than the reviewer’s own experience with the restaurant.

The restaurant, which has received threatening phone calls, held out an olive branch of sorts. A more recent message at the bottom of the restaurant’s tabs read: “Love one another. Protect the vulnerable. Find common ground. Say ‘yes’ to peace.”