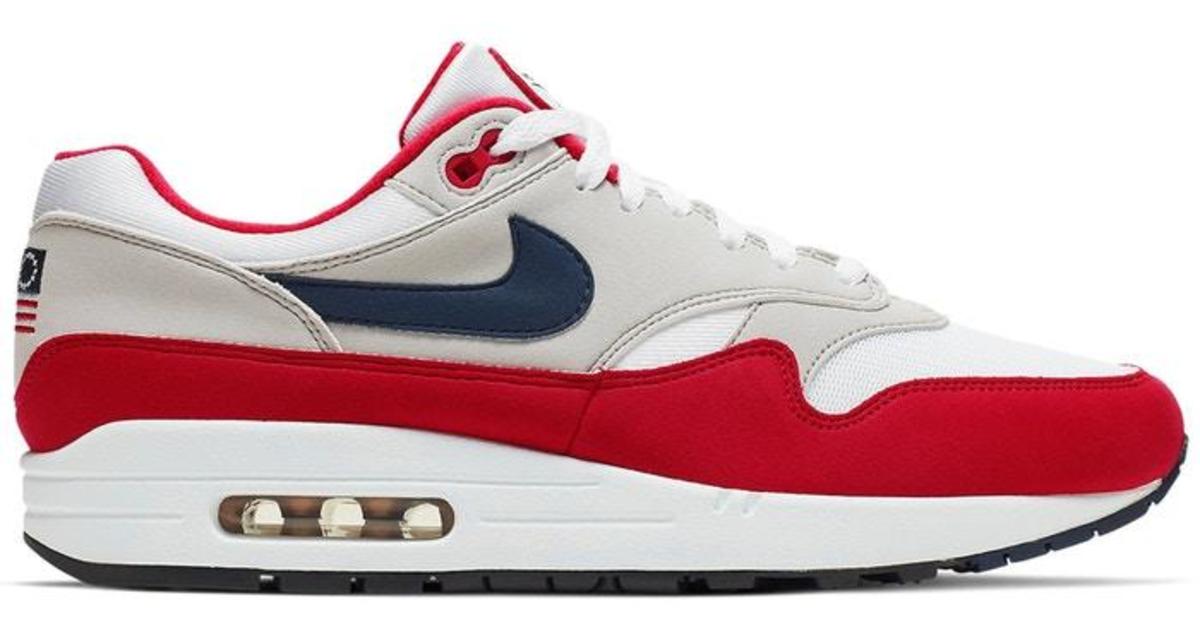 A lifelong Nike customer, Texas Republican Sen. Ted Cruz is looking for suggestions on “a good sneaker that’s not so woke.” And Senate Majority Leader Mitch McConnell will be first in line to purchase shoes from Nike or any other footwear maker, so long as they’re outfitted with an American flag, presumably of the Betsy Ross variety.

The Republican colleagues are among conservative lawmakers and commentators united in a campaign against Nike. The company cited “concerns that it would unintentionally offend and detract from the nation’s patriotic holiday” in shelving a shoe featuring the 13-star American flag, reportedly after complaints from Colin Kaepernick, the former San Francisco 49ers quarterback and civil rights activist.

Intentional or not, the decision managed to offend some actual wearers of Nike shoes, namely Cruz, along with McConnell, the governor of Arizona, and others on the right side of the political spectrum. The GOP piling-on came swiftly after The Wall Street Journal reported that Nike had shelved plans for the flag-laden shoe after Kaepernick, the star of a recent Nike advertising blitz, told the company he and others found a flag dating back to a time of widespread slavery in the U.S. objectionable.

The decision left Cruz contemplating a life without a brand that he has worn since childhood. The Republican lawmaker took to social media to express his outrage at what he called Nike’s “snide disdain for the American flag.” The senator went on to ask the Twitter universe at large whether anyone could “recommend a good sneaker co that’s not so woke?”

Taking a less youthful-sounding tact, McConnell urged Nike to reverse course, telling reporters at an event in his home state of Kentucky that the country has a problem if the American flag has become controversial. “I hope Nike either releases these shoes or some other shoe maker picks up the flag, puts it on a pair of shoes and starts selling it. I’ll make the first order,” the senator told reporters, according to the Lexington Herald-Leader.

Missouri Republican Senator Josh Hawley weighed in by demanding an apology from Nike, while suggesting Nike resume manufacturing of the Betsy Ross-themed sneakers at its plant in St. Charles, Missouri.

Further bashing of Nike came by way of the president’s son Donald Trump Jr., who less-than-subtly suggested Nike might display Communist-themed footwear, “to be more in line with their views.”

Fox News personality Laura Ingraham, no stranger to controversy in her own right, joined Cruz in saying Nike shoes would no longer clutter her family’s closets.

Among the first to call out Nike, Arizona Republican Governor Doug Ducy pulled the plug on a state grant that had been awarded to Nike for planning to build a factory in Goodyear, a suburb of Phoenix. In a nine-tweet tirade, Doug Ducey blasted the company before declaring “Arizona’s economy is doing just fine without Nike.” The governor added: “We don’t need to suck up to companies that consciously denigrate our nation’s history.”

The mayor of the city of Goodyear, however, felt differently about the matter. Republican Georgia Lord said the uproar involved an “important topic,” but the mayor added that the Phoenix suburb would stick with its job-creating deal with Nike all the same.

Of course, on the other end of the political spectrum the reaction was different. Democratic presidential candidate Julían Castro told CBSN he “was glad to see” Nike’s decision. He added: “There are a lot of things in our history that are still very painful. The Confederate flag that still flies in some places and is used as a symbol. And I believe we need to move towards an inclusive America that understands that pain.”

Thu Jul 4 , 2019
Facebook CEO Mark Zuckerberg at the F8 Facebook Developers conference on April 30, 2019 in San Jose, California. Justin Sullivan | Getty Images Facebook said on Wednesday an issue with uploading or sending media files on its apps and platforms has been resolved. Earlier in the day, many users globally […]