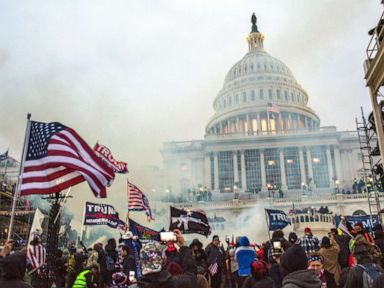 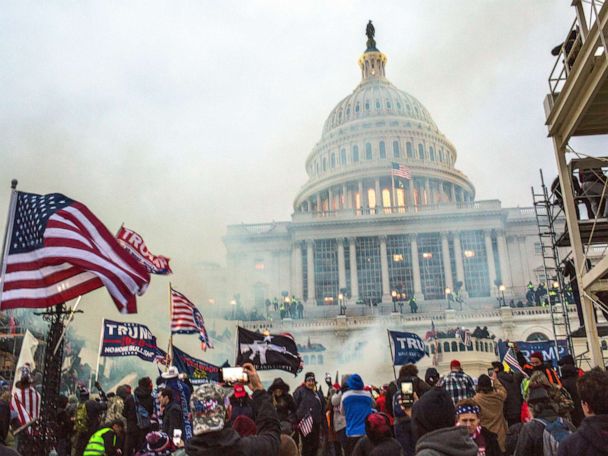 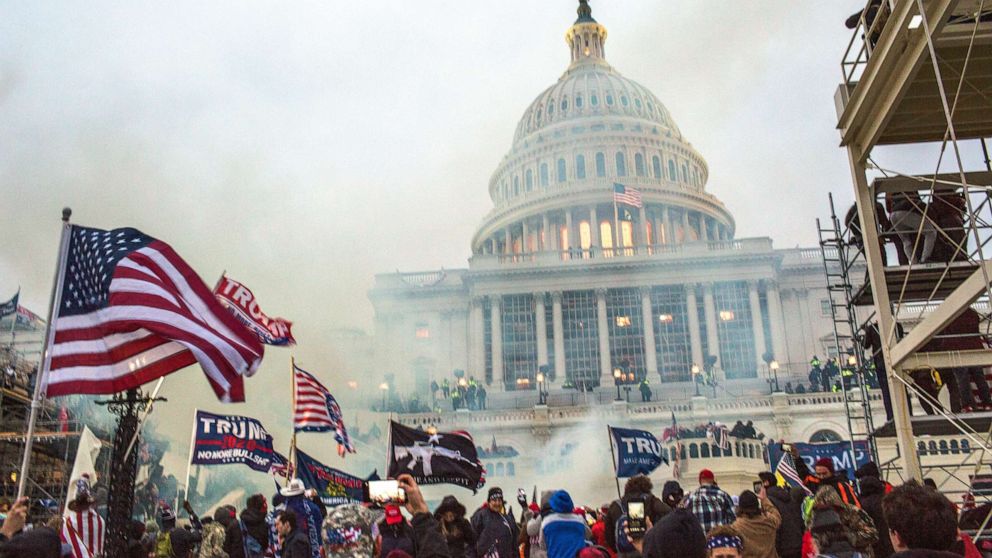 As Congress looks to set up an independent outside panel to investigate the Capitol siege, Democrats and Republicans both have pointed to the 9/11 Commission as a model of bipartisan cooperation.

But 20 years later, veterans of the commission’s investigation into the 2001 terror attacks worry that it will be challenging to keep politics out of an inquiry into the Jan. 6 attack that led to President Donald Trump‘s unprecedented second impeachment, on charges he incited the riot.

Trump was acquitted last week. His lawyers argued he wasn’t responsible for the violence at the Capitol and against the propriety of convicting a former president. Seven Republicans joined all 50 Democrats in the 57-43 vote, short of the two-thirds majority needed for conviction.

House Speaker Nancy Pelosi, D-Calif., has shared proposed legislation to set up the panel with Republicans after seeking input from lawmakers, relevant committees and leaders of the 9/11 Commission, including former New Jersey Gov. Tom Kean, Lee Hamilton, the former Indiana congressman who served as co-chair, and Tim Roemer, another former Democratic congressman.

In interviews with ABC News, Kean, Hamilton and Roemer said they told Pelosi a successful commission would require appointing members who can avoid the partisan fray, supplying them with adequate resources and providing enough time to investigate on their own timetable, rather than one laid out by Congress or the White House.

“You cannot have people on the commission whose job is to defend the president or defend the speaker,” said Kean, a Republican, and chair of the 9/11 Commission. “You’ve got to have people who follow the facts.”

To blunt partisanship on the panel, Kean established a strong relationship with Hamilton and didn’t hire any staff who’d recently worked on a political campaign.

The composition of the committee is essential to its success, added Roemer, who has been consulting with Pelosi and her staff over the past two weeks on the drafting of the legislation. Roemer added that the commissioners must have experience in complex areas of policy, from cybersecurity and law enforcement to racial issues and disinformation campaigns.

“You need to pick people who have worked across the aisle and have deep experience in the issue areas involved. The commission will likely be 10 or 11 people, with the president getting to pick the chair and the leadership selecting other people,” Roemer said.

The 9/11 Commission faced resistance from the Bush White House as it explored what intelligence was known about the plot before the attack, and it was pressured to conclude its investigation before the 2004 election, Kean recalled.

Pelosi, in a statement on Monday, said the commission would “investigate and report on the facts and causes relating to the January 6, 2021, domestic terrorist attack upon the United States Capitol Complex” relating to “the interference with the peaceful transfer of power, including facts and causes relating to the preparedness and response of the United States Capitol Police and other Federal, State, and local law enforcement in the National Capitol Region.”

At an earlier press conference, Pelosi said the new panel would have “nothing to do with President Trump” but would focus on Capitol security, along with white supremacy and anti-Semitism.

“The mandate, the remit, the purpose section of the legislative needs to be specific, it needs to be precise and it needs to be crystal clear,” Roemer said. “It should not be only about how to protect the Capitol complex or how high the walls should be, it should also include what led to attacks and how to strengthen the institutions of our representative democracy.”

It’s not yet clear whether Republicans will back the speaker’s effort. At least 10 Republicans will need to support any proposal in the Senate to clear the 60-vote filibuster threshold in the chamber to pass the legislation.

House Minority Leader Kevin McCarthy, R-Calif., was noncommittal in a statement to ABC News, and pointed to the commission legislation proposed by House Republicans several weeks ago.

“It is our responsibility to understand the security and intelligence breakdowns that led to the riots on January 6 so that we can better protect this institution and the men and women working inside it,” his statement read. “A commission should follow the guidance of Tom Kean and Lee Hamilton to be ‘both independent and bipartisan,’ and to preserve that integrity it must be evenly split between both parties.”

Some of Trump’s top allies in Congress have tried to shift blame to Pelosi — questioning her handling of Capitol security before the attack — and could bristle at any closer examination of Trump.

“I want to look at what Pelosi knew, when she knew it, what President Trump did after the attack, and on the Senate side, was Senate leadership informed of a threat?” Sen. Lindsey Graham, R-S.C., said on “Fox News Sunday.”

“For this to work,” Pelosi said during a press conference on Thursday, “it really has to be strongly bipartisan. You have to have subpoena power.”

“That is the solution to getting access to people and information in this case,” Roemer told ABC News. “Getting access to the material that was out there when President Trump was in office and the cooperation of key witnesses – subpoenaing those people who were there. Others may be absolutely willing to come in without a subpoena.”

Initial Democratic and Republican proposals for the commission differ on the scope of the inquiry, whether members of Congress could serve on the panel, and whether it would explore issues like online disinformation.

Philip Zelikow, a professor at the University of Virginia who served as the executive director of the 9/11 Commission and helped author its bestselling report, told ABC News that the ongoing FBI investigations into Capitol rioters could create “lots of hindrances and potential delays” along with any investigations into Trump’s phone call with Georgia’s secretary of state.

At least 237 people are facing federal charges stemming from the Capitol riot, according to an ABC News review of charging documents.

John Farmer, a former attorney general of New Jersey who served as senior counsel on the 9/11 Commission, told ABC News that the panel should be able to confer immunity to witnesses in exchange for help, to incentivize cooperation, although that could complicate ongoing criminal investigations and future inquiries into holding people accountable for the attack.

“A judgment will have to be made in some cases whether a full account of what happened on Jan. 6 is more important than individual culpability,” Farmer said.

At least seven House and Senate committees also are conducting their own investigations into the attack, seeking records and testimony from senior congressional security officials, the FBI and social media platforms, such as Parler, that authorities say were used by rioters to communicate ahead of the siege.

On Friday, the FBI and National Counterterrorism Center produced records to the House panels as part of their inquiry into what federal intelligence agencies knew about the potential for an attack ahead of Jan. 6, a House committee official told ABC News. The Department of Homeland Security is expected to produce records for the committees in the coming weeks.

Hamilton, the 9/11 Commission co-chair, said the most difficult work will be making sure that any recommendations the commission ends up making are passed into law.

“There isn’t any magic here, no formula, just common sense and the political will to do it,” he told ABC News.

Local health officials tell Congress U.S. needs more Covid vaccine doses and it needs to be easier to get the shots