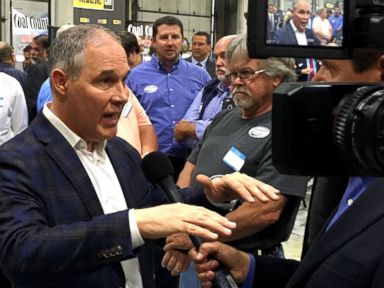 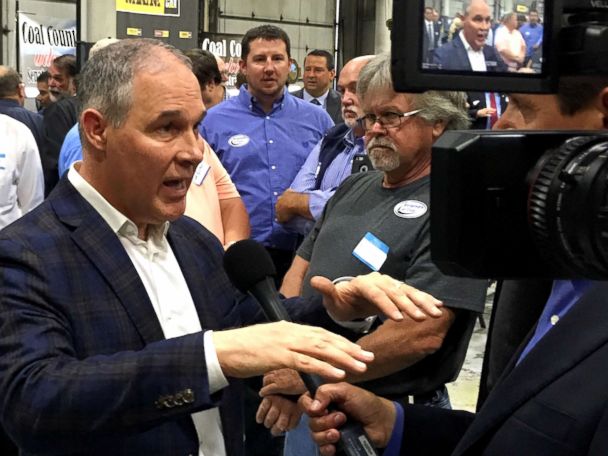 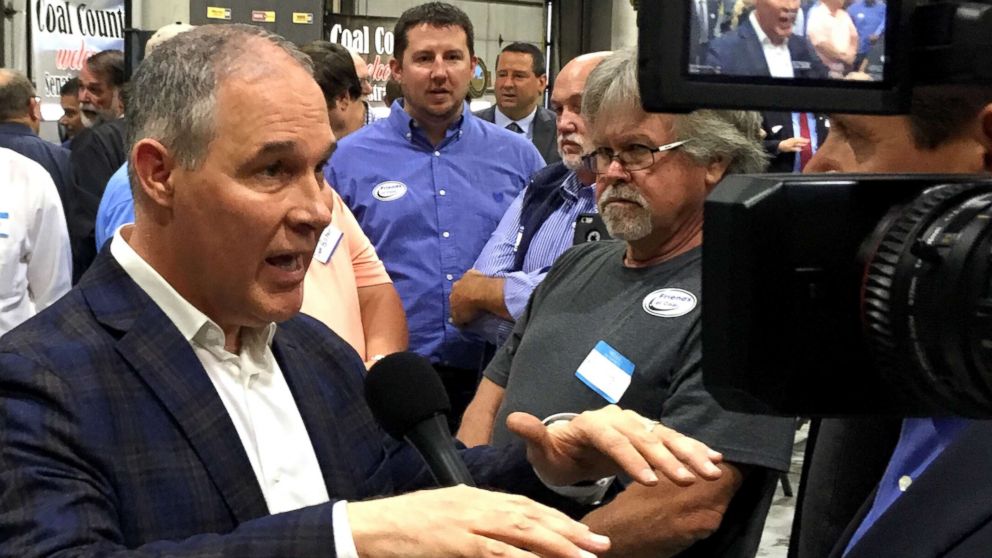 The rollback of the Obama-era Clean Power Plan is being seen as a boon to the coal industry and a win for supporters of President Donald Trump, while environmental advocacy groups say the move is a step backwards.

Environmental Protection Agency administrator Scott Pruitt announced Tuesday that the agency will roll back any plans to implement the Clean Power Plan, which was proposed in 2014, but never put into action.

The plan called for a 32 percent decrease in carbon dioxide emissions by 2030, from 2005 levels.

The EPA released a statement saying that after a review of the plan, it “has proposed to determine that the Obama-era regulation exceeds the Agency’s statutory authority.”

The move is being roundly praised by those connected to the coal industry, as coal is used to power power plants across the country.

“The Clean Power Plan is the poster child for bad regulation. It is illegal, expensive, and ineffective, and we commend Administrator Pruitt for repealing it,” said ACCCE president and CEO Paul Bailey.

For Trump supporters, like retired coal miner Jack Laakso who lives in the heart of Wyoming’s coal-rich Powder River Basin, the repeal is a victory.

“I see it as one of the promises he made that he’s fulfilling,” Laakso told ABC News.

“It would have started forcing a lot of the power plants to shut down early, before their economic life was up, because they wouldn’t have been able to meet the strict air standards,” Laakso said, “and once they start shutting down the power plants, it has a negative impact obviously on the coal.”

According to the U.S. Energy Information Administration (EIA), Wyoming produces the most coal in the U.S.; 42 percent of the nation’s coal in 2016 came from the so-called Cowboy State.

Eight of the country’s 10 largest coal mines are in the Powder River Basin, the majority of which is in Wyoming, Rob Godby, the director of the Center for Energy, Economics and Public Policy at the University of Wyoming, told ABC News in May.

The town of Gillette is in the heart of the Powder River Basin and its mayor, Louise Carter-King, told ABC News that the repeal of the Clean Power Plan was front page news.

“The coal industry is a big part of this community so people were happy hearing about it — not that there’s going to be a switch that’s flipped and everything is going to be back to what it was,” she said, referencing the height of coal production.

“Any time that regulations are eased, or rolled back, that is good news for the industry,” she continued, “because we feel that the industry is over-regulated as it is.”

By contrast, environmental groups and supporters of the Clean Power Plan have vocally opposed the repeal.

Rhea Suh, the president of the Natural Resources Defense Council, released a statement saying that the Clean Power Plan “is the best tool we’ve got to fight climate change and Trump wants to throw it away.”

Ken Kimmell, the president of the Union of Concerned Scientists, released a statement blasting the Trump administration for having “thumbed its nose at science, and now at the law.”