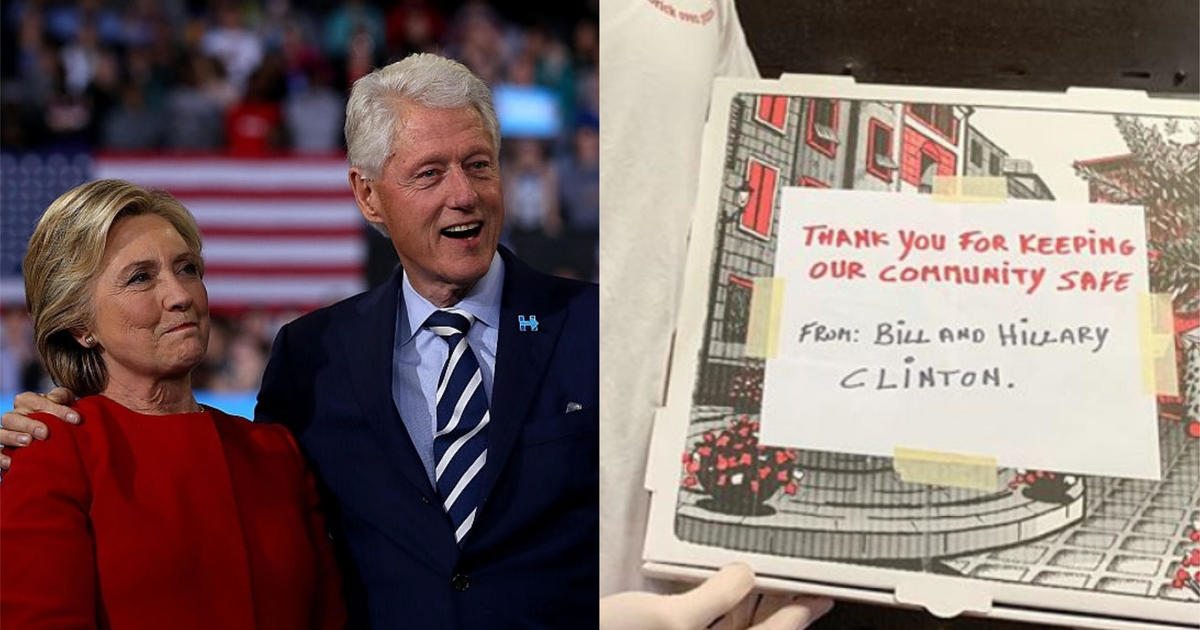 Doctors and nurses on the front lines of the battle against coronavirus are facing unprecedented challenges. Some hospitals, especially in New York, are overwhelmed with patients, and hospital staffs are working tirelessly — sometimes without the proper protective equipment. On Thursday, one hospital in the area received a meaningful thank-you gesture from some famous New York residents.

“Amazing !!! I am an ER doctor at Dobbs Ferry NY and just received pizza from the Clintons,” tweeted Dr. Angela Cirilli, who works at St. John’s Riverside Hospital and Dobbs Ferry Emergency Medicine in Westchester County.

“Thank you !!!! We NEED LEADERS LIKE YOU in this tough time. So much gratitude I didn’t know how else to reach you to say thank you — Angela cirilli, MD,” her tweet continued.

Westchester County and neighboring New York City have become two of the hardest-hit areas in the U.S. during the coronavirus outbreak. Earlier on Wednesday, Mrs. Clinton tweeted a message of support for medical professionals and other essential workers who are keeping the nation going.

When news got out that the Clintons extended their thanks in the form of pizzas, their daughter, Chelsea Clinton, shared her thoughts.

“My first thought was gratitude for hospital staff everywhere,” Chelsea Clinton tweeted. “My second was, of course she did. My third, I admit, was the pizzagate folks are going to go into overdrive to fit this into their conspiracy theory. And, I love my mom @HillaryClinton.”

Mr. Nick’s Pizza in Tarrytown, which is also in Westchester County, said the pizza came from their shop. “Thank you to Bill and @hillaryclinton for taking care of and feeding the very hardworking doctors, nurses, custodians, security and staff in the local hospitals,” the staff shared on Instagram.

Mr. Nick’s posted a photo of a pizza they say the Clintons commissioned. “Thank you for keeping our community safe,” a note on the pizza box read, “From Bill and Hillary Clinton.”

CBS News has reached out to Cirilli and Mr. Nick’s for more details. A rep for Hillary Clinton confirmed the pizzas came from the couple.

“The Clintons have sent pizzas to all of the hospitals in their home county of Westchester (over 400 pies), as a small token of their appreciation for everything medical professionals are doing for their communities,” the rep said in an email.

Mrs. Clinton has been vocal on social media during the coronavirus outbreak, often using Twitter to share information about new safety measures, and she has also criticized President Trump’s handling of the crisis.

“It’s incredible that this has to be said: Letting thousands of people needlessly suffer and die is wrong. It’s also not a recipe for rescuing the economy,” she tweeted Tuesday.

“Please do not take medical advice from a man who looked directly at a solar eclipse,” she said in another tweet, referring to Mr. Trump.