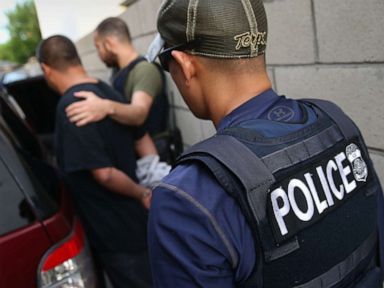 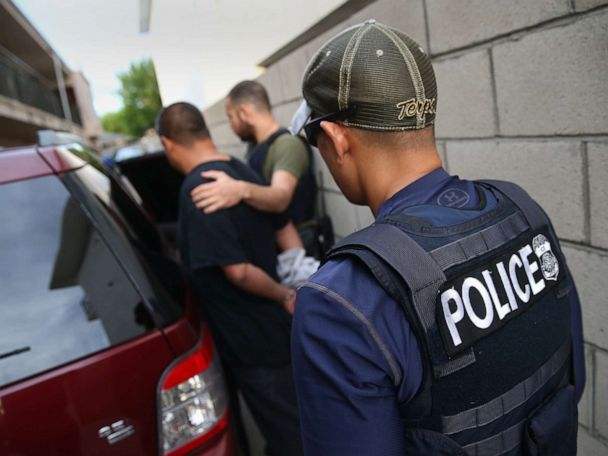 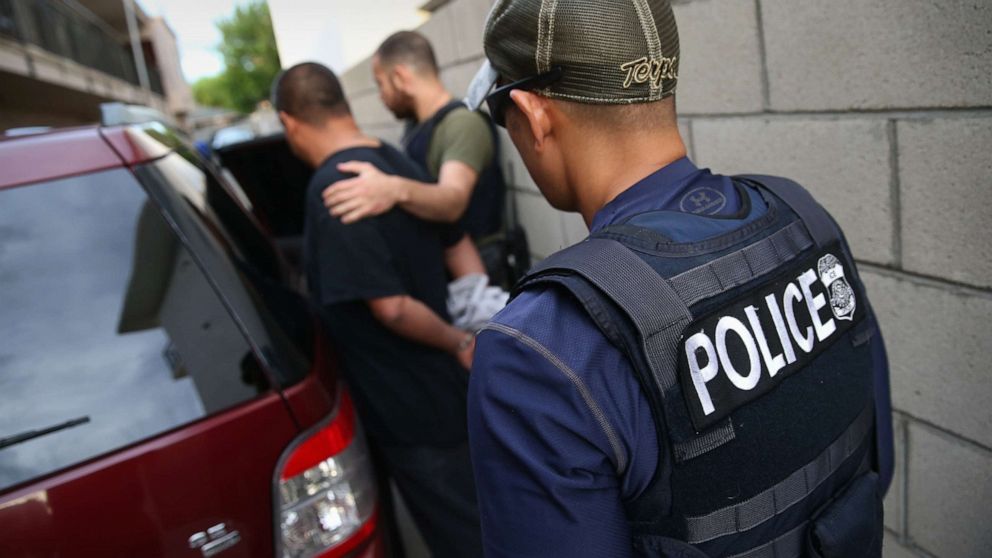 Major cities across the U.S. on Thursday were bracing for sweeping deportation raids this weekend, the second time in less than a month that Trump administration insiders have signaled roundups were imminent.

The raids were intended as a massive show of force against undocumented immigrants by President Donald Trump, who last month tipped his hand when he vowed on Twitter that “millions” would be deported.

While administration officials have called that estimate an exaggeration, they confirmed there are 2,000 people in as many as 10 cities who have been identified as a top priority for deportation — many of them families.

Those raids were called off last month after Trump gave Democrats two weeks to change the nation’s laws that guarantee the right for people to apply for asylum.

House Speaker Nancy Pelosi on Thursday said “there may be some possibilities for what we can do” but that it would take some time. She called targeting non-criminal families “heartless” and said it was up to Trump’s supporters to press him to abandon his plan.

“I’m going to appeal to people of faith, the faith-based organizations to appeal to the president … they put him in office and they have a better voice for this,” Nancy Pelosi tells @jparkabc when asked if she will appeal to Trump to put off ICE raids https://t.co/O1HyHo73DL pic.twitter.com/hDPJmLARQI

“I’m going to appeal to people of faith, the faith-based organizations to appeal to the president … they put him in office and they have a better voice for this,” she told reporters.

The New York Times first reported that officials were planning to launch raids early Sunday. The Associated Press reported that the timeline could shift to later, however.

The large-scale operation would be a departure from past practices, in which U.S. Immigration and Customs Enforcement has focused its resources on rounding up people with criminal records who “pose a threat to public safety.” This approach would include families and send ICE officers to people’s homes.

ICE has declined, however, to comment on the timing of any raids.

“As always, ICE prioritizes the arrest and removal of unlawfully present aliens who pose a threat to national security, public safety and border security,” according to a statement.

The effort to deport individuals over failing to appear in immigration court is now being challenged by the American Civil Liberties Union. A lawsuit filed on Thursday by the ACLU argues that the government has continuously failed to properly inform individuals of their court dates — an attempt to preempt the massive ICE raids that are reportedly expected to begin this weekend.

The lawsuit, according to a statement from the New York Civil Liberties Union, “describes in detail, these refugees failed to appear because of massive bureaucratic errors and, in some cases, deliberate misdirection by immigration enforcement agencies.”

“The agencies’ flagrant and widespread errors made it impossible for people to know when their hearings were being held,” the statement continued.

“The Trump administration’s threats against immigrants run roughshod over basic fairness and due process,” said New York Civil Liberties Union Executive Director Donna Lieberman in a statement. “For the many families who came here as refugees fleeing violence, deportation is a death threat. We will fight to ensure no one faces this kind of peril without having their case considered in court.”

“What people need to understand is that every ICE agent used in this operation will not be available to go after criminal aliens, gang members, terrorists” or other priorities, he said.

Jorge-Mario Cabrera, spokesman for the Coalition for Humane Immigrant Rights in Los Angeles, or CHIRLA, said the group is already aware of two families who encountered ICE agents in the last week, including one case in which a dozen agents arrived at a home. Cabrera said no one was detained in those incidents because they knew they did not have to open the door.

He said CHIRLA attorneys, who are prepared to post bail and offer representation for immigrants who are taken into custody, are activating a rapid response network and will be on watch for increased ICE activity over the weekend.

Immigration advocates in Chicago were doing the same.

Senate Democrats on Thursday proposed legislation that they said would provide alternatives to migrant detention at the border.

“Donald Trump and some of his right wing allies in media would have you believe these are all hardened criminals. They’re not. They’re simply seeking a better life for themselves and their children,” said Senate Democratic Leader Chuck Schumer, D-N.Y.

Mark Morgan, who recently was leading ICE until being put in charge of U.S. Customs and Border Protection, said enforcing the nation’s immigration laws matter.

“We’re trying to send a message to the family units that ‘don’t come here and don’t put your life at risk, your children’s life at risk,'” he told ABC News last month.

Thu Jul 11 , 2019
Oxygen masks fall during turbulence in the Air Canada AC 33 flight while in mid-Pacific, around 1500 km from Hawaii according to source, July 11, 2019 in this image obtained from social media. Australian Band – Hurricane Fall via REUTERS July 11, 2019 MONTREAL (Reuters) – An Air Canada flight […]