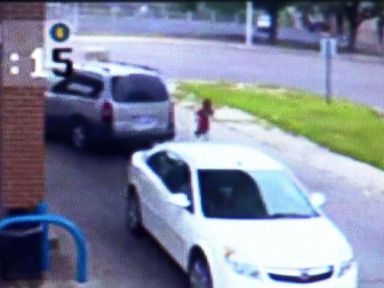 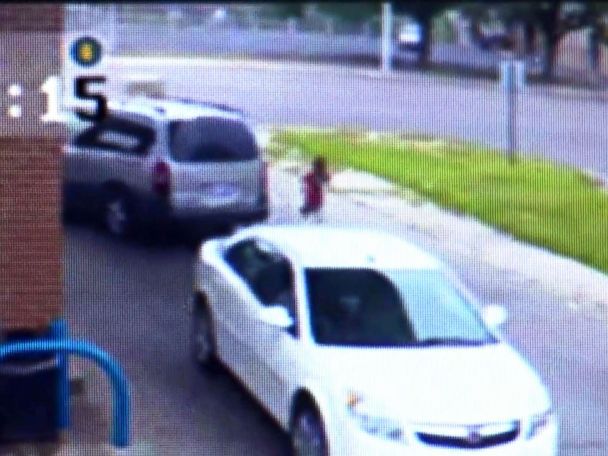 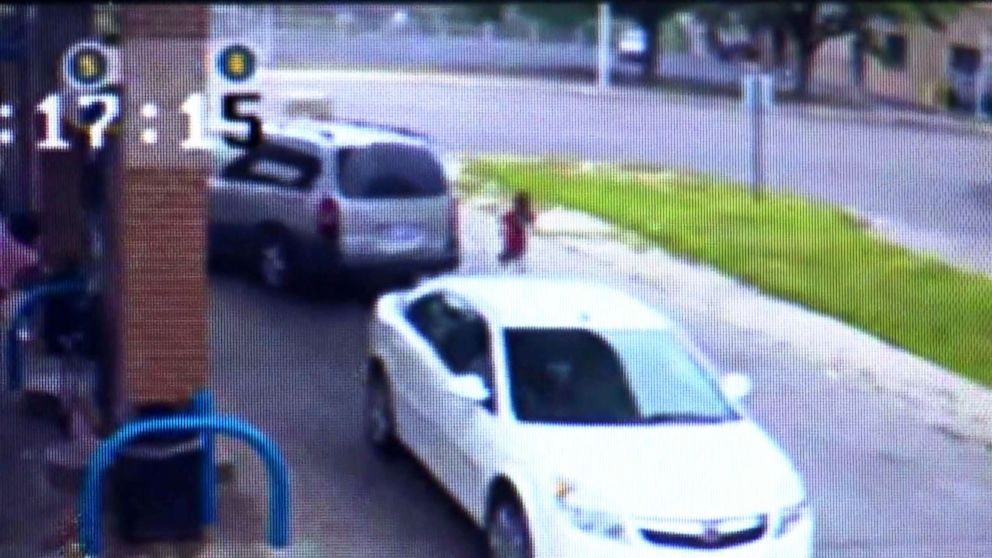 A 7-year-old girl in Detroit was captured on video barely escaping from her mother’s minivan just moments before an alleged thief jumped inside and sped off.

The little girl was waiting inside the parked car at a Detroit gas station as her mother paid for gas inside when the alleged carjacker broke in, the Detroit Police told ABC’s Detroit-based affiliate WXYZ-TV.

The gas station’s surveillance video showed the girl escaping out of the minivan’s sliding door just as the alleged thief was driving off in the vehicle.

Gas station clerk Iyad Mohmad told WXYZ-TV that the girl ran inside the store as her mother and another customer tried to chase after the alleged thief who made off with the 2004 Pontiac Montana.

“She [the little girl] was smart though. She was very, very, very smart,” he told WXYZ-TV. “[I] called the police and told her [that] her mom would be back and I will take care of you.”

Mohmad, who did not respond to ABC News’ request for comment, told WXYZ-TV he figured the mother thought the child was still in the minivan because she then left and returned with other family members. They were relieved that the girl was in the store the whole time, he added.

“She [the mother] thanked me for that. It was an amazing moment to see her daughter back,” he said.

The mother was not named in the WXYZ report.

According to the affiliate, police are still searching for the suspect. Detroit police did not respond Wednesday to a call seeking comment.

Wed Aug 1 , 2018
CNBC’s Jim Cramer has always valued product loyalty. He smiles every time he sees the inscription on the back of his Procter & Gamble Old Spice deodorant bottles: “If your grandfather hadn’t worn it, you wouldn’t exist.” “I smile because, indeed, my grandfather used Old Spice and, truly in the […]