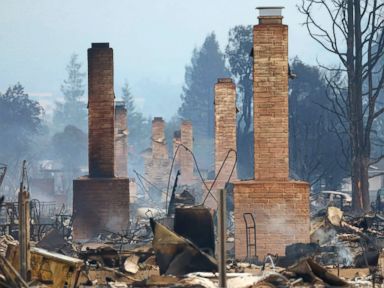 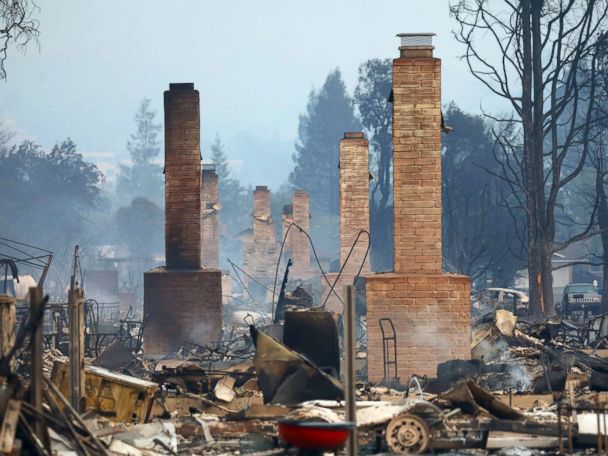 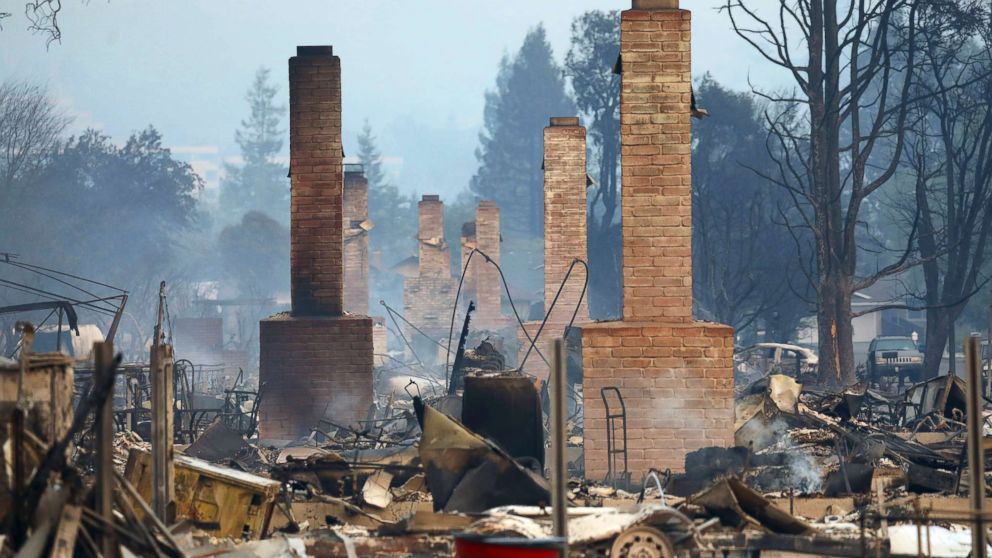 “It looks like the pictures I saw when I was kid — when England and Germany were being bombed out,” Jean Welch told ABC News. She said at the end of WWII, a school friend in Germany even sent her pictures, and “it looked just like this. Just piles of junk. You couldn’t even tell what it was.

Santa Rosa is among the hardest hit areas of devastating wildfires in California. Over 9,000 firefighters are battling 17 fires across the state that have killed 32 people and burned over 221,000 acres.

In Santa Rosa, where residents were forced to quickly evacuate, over 2,800 structures have been damaged or destroyed.

In Welch’s neighborhood of Coffee Park, most of the homes burned down. Some lucky residents, including Welch, returned to find their homes still standing, just a stone’s throw away from houses in ashes.

“I’m sorry that other people’s homes didn’t make it,” she said. On why her own home survived, she said, “I don’t know why. I’m just grateful for what I have. I worked for this house. I’ve been here 39 years and I paid it off a few years ago, and was very proud of myself.”

Welch also noted that in the chaos of the evacuation, residents and first responders remained kind.

“Thank you to everyone — how kind you’ve been. Even the traffic that night — everyone was taking turns. There were no horns blasting. I couldn’t believe it,” she said. “The police cars and men and firemen have been so nice. I wish we could all stay that way forever.”