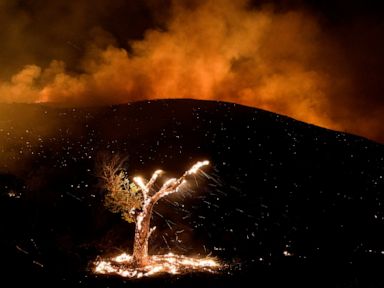 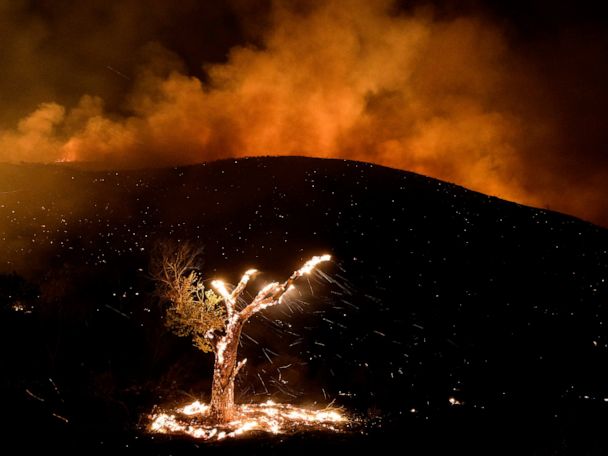 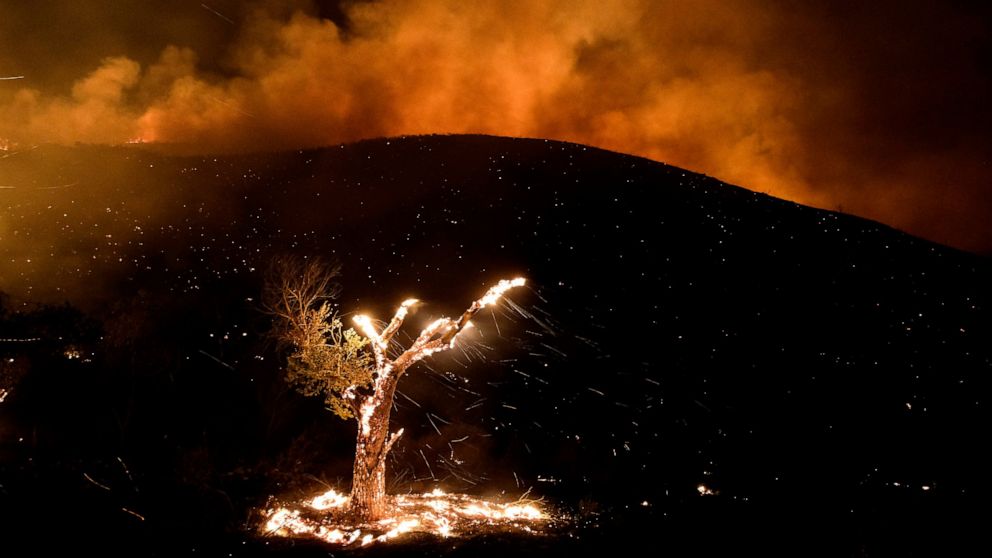 WEED, Calif. — A wood products company said Wednesday that it is investigating whether a fire that killed two people as it swept through a Northern California town was caused by the possible failure of a water-spraying machine used to cool ash at its veneer mill.

Roseburg Forest Products Co. also announced that although the investigation was not complete, it was planning to provide up to $50 million for a community restoration fund.

The Mill Fire erupted Sept. 2 at the company’s facility in the small town of Weed on Interstate 5, about 280 miles (451 km) northeast of San Francisco.

Roseburg Forest Products said in a news release that its mill produces its own electricity in a co-generation facility fueled by wood remnants, and the ash that is ejected is sprayed with cooling water by a “third-party-supplied machine.”

“Roseburg is investigating whether the third-party machine failed to cool the ash sufficiently which thereby ignited the fire,” the release said.

Hundreds of people fled as the fire spread, destroying 107 structures and damaging 26 others. The blaze eventually grew to more than 6 square miles (15.5 square km). The fire was 65% contained Wednesday, with minimal activity.

Elsewhere, wildfires burned out of control in Southern California and in the Sierra Nevada, forcing evacuations.

The deadly Fairview Fire grew to more than 15 square miles (39 square km) as it sent up a huge smoke plume above the city of Hemet in Riverside County, about 80 miles (129 km) southeast of Los Angeles.

The fire erupted Monday amid triple-digit heat and spread ferociously, killing two people who were found in a vehicle, severely burning another person while destroying seven structures and damaging several others.

“Unfortunately we aren’t able to positively identify the victims at this time. But we do believe that they were from the same family,” sheriff’s Sgt. Brandi Swan said. “It appears as though the two victims that were found inside the vehicle were trying to flee from the fire.”

The injured person was identified only as a woman. Swan said she was expected to survive.

The cause of the fire was under investigation. Southern California Edison notified the California Public Utilities Commission that “circuit activity” occurred close in time to when the fire was reported, the Los Angeles Times said. The activity was not specified.

About 35 miles (56 km) to the north, smoke loomed over ski runs in the San Bernardino Mountains as the Radford Fire fed on stands of timber south of the Big Bear Lake resort region.

The blaze spread over 1.5 square miles (3.8 square km) since being spotted by a U.S. Forest Service helicopter crew Monday afternoon. It was just 2% contained.

In the Sierra, evacuation orders and warnings were in place in Placer and El Dorado counties as the day-old Mosquito Fire grew to nearly 6.5 square miles (16.8 square km) with zero containment. Several structures and at least 10 cars were burned near the tiny Gold Rush community of Michigan Bluff.

Near the Oregon border, the Mountain Fire covered more than 18 square miles of Siskiyou County and was 30% contained. It began Sept. 2.

Thu Sep 8 , 2022
WASHINGTON — The White House said Wednesday it’s optimistic about a decline in monkeypox cases and an uptick in vaccinations against the infectious virus, despite worsening racial disparities in reported cases. Promising to ramp up vaccination offerings at LGBTQ Pride festivals around the country in the coming weeks, Dr. Demetre […]