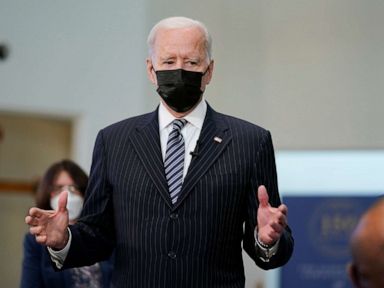 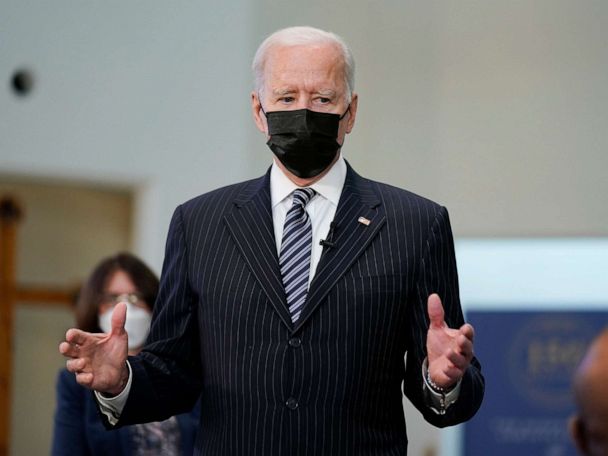 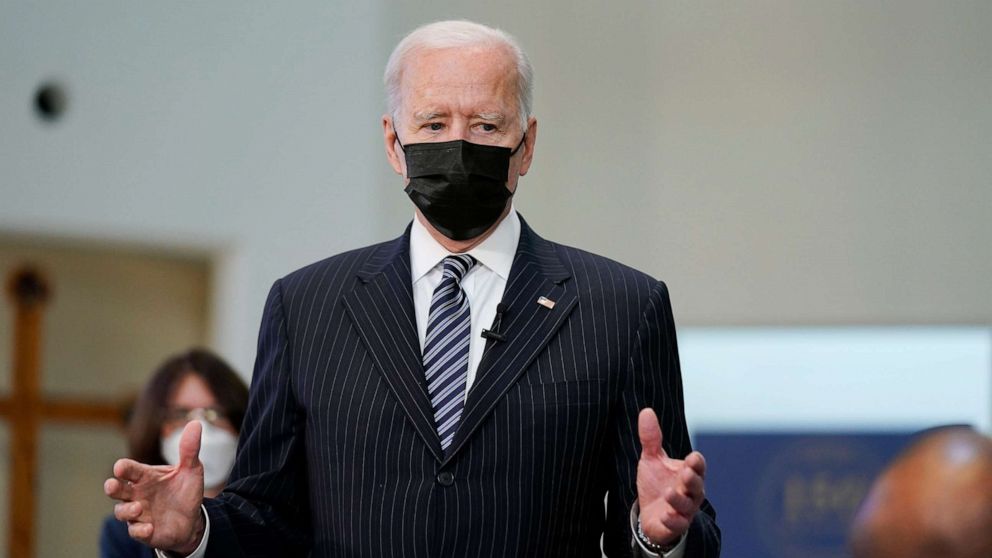 Since GOP Gov. Brian Kemp signed a sweeping overhaul of Georgia’s election code into law, Democrats have equated it with “Jim Crow” laws while Republicans have claimed it actually expands voter access in the state.

On Tuesday, White House press secretary Jen Psaki dodged questions from reporters about President Joe Biden’s incorrect claim that the new law ends voting at 5 p.m. — pointing instead to other aspects of the law she said makes it harder to vote. She also said the new law was “built on a lie” that the 2020 presidential election was “stolen” from former President Donald Trump — a reference to the baseless narrative that Trump actually won the election.

During the legislative process, Republicans said the bill was necessary, in part, because of diminished trust in Georgia’s elections. But there is no evidence of widespread voter fraud in either the November or January elections in Georgia, which Republican Secretary of State Brad Raffensperger and top deputies affirmed repeatedly.

But the new law has become its own source of misinformation. Powerful entities on both sides of the political aisle have presented the law in ways that are at times inaccurate, misleading or omit relevant details, and Republicans and Democrats have accused the other of misrepresenting it to their political advantage.

So what’s actually in the law versus what’s said about it? Here’s a breakdown of claims and how they stack up.

Biden has repeatedly said this, but it’s wrong. In his initial statement about its passage, Biden said the law “ends voting hours early so working people can’t cast their vote after their shift is over.” In separate comments, the president has also said the law ends voting at “5 o’clock.”

This law did not change how long polling precincts are open on Election Day; all are open from 7 a.m. until 7 p.m. statewide. It also did not shorten mandatory voting hours for the early voting period, which starts four Mondays before primary and general elections and lasts until the Friday before the election.

Before the new law was signed, the code stated that advance voting must be held weekdays “during normal business hours.” This was interpreted to mean between 9 a.m. and 5 p.m., but the new law clarifies that. The old law also mandated one day of Saturday early voting, from 9 a.m. until 4 p.m., and the new law requires it last until 5 p.m., and be held on two Saturdays. The new law also specifically states that counties have the option to extend advance voting hours to match Election Day hours of 7 a.m. to 7 p.m.

There is, however, one provision of the law where the 5 p.m. time is important. If a voter shows up at the wrong polling place on Election Day, that voter cannot successfully vote unless it’s after 5 p.m. and they sign an affidavit affirming they are unable to get to their correct polling place in time. Under previous law, out-of-precinct voters could vote provisional ballots at any time on Election Day, and any votes for races they were eligible to vote in, like statewide races, would be counted.

Claim: There are more days of early voting now — and it’s more than other states

Kemp and other Republicans have repeatedly pointed this out when defending the law, and while it’s mostly true, they are making one major omission.

The new law mandates two Saturdays of early voting, instead of just one previously, for primary and general elections; it also leaves Sunday early voting up to each individual county’s discretion, the same as it was before, except now that’s clearly articulated in election code.

However, what Republicans aren’t talking about — but Democrats and voting rights activists are — is how it condenses the mandatory advance voting period for runoffs.

Excluding the presidential race, every candidate running for office in Georgia must get a majority of the vote to avoid a runoff election. Before this new law passed, the period between a primary or general election and runoff was nine weeks. Now, it will be just four weeks, and there are no mandatory weekend days of early voting before runoffs.

While counties are allowed to start early voting “as soon as possible” before the runoff, they are only required to allow people to vote Monday through Friday the week before.

After MLB’s announcement that it would move its All-Star game from Atlanta in protest of the law, Republicans started comparing Georgia’s election laws with those in other states. With the game now planned for Denver, GOP politicians are saying that Georgia offers more days of in-person early voting than Colorado, but they’re comparing apples and oranges.

Starting at least 15 days before an election, vote centers must be open in Colorado and stay open through Election Day, excluding Sundays and the first Saturday, for voters who want to cast ballots in person. Georgia does mandate more days of in-person early voting — 17 — than Colorado, but Colorado also has a completely different, universal vote-by-mail system. Every active registered voter is automatically mailed a ballot ahead of every election without having to specifically request one. Under Georgia’s new law, state and local election officials aren’t allowed to mail absentee applications to voters — which the secretary of state did for the June primary — unless they request one.

Claim: Voters must have a photo ID to vote by mail and this will lead to disenfranchisement

Before the new law was signed, Georgia voters were already required to present a photo ID when voting in person.

But under the new law, voters now must have some form of identification to vote by mail and for most, that identification will either be a driver’s license or state ID card, which is a photo ID. Republicans argue this is a more “objective” way to verify a voter’s identity than the “subjective” signature matching process, which Trump repeatedly targeted while spreading election disinformation.

When applying for an absentee ballot and returning a voted ballot, electors must now include either their driver’s license number or state ID number. If a voter does not have one of those, then they must include a photocopy of another accepted form of ID with their application. When returning the ballot, if a voter doesn’t have a driver’s license or state ID, they must note their date of birth and last four digits of their social security number; if the voter does not have a Social Security number, they must include a photocopy of another form of accepted identification.

During debate, Republican lawmakers said that 97% of Georgians eligible to vote have either a driver’s license or state ID card, and it’s true that Georgians can get a state ID for free. But critics of the law testified in hearings that the potential eligible voters who will face hurdles without a license or state ID number are also most likely to lack the alternative documents, like a birth certificate — which is what might have kept them from obtaining a state ID card to begin with.

So while photo IDs are not required per se, some voters could be barred from voting if they don’t have the right documents or a Social Security number.

Claim: It’s a crime to give food or beverage to voters waiting in line

Democrats and voting rights advocates seized on this provision in the law. There are specifics around what’s allowed and what isn’t, but effectively, it bans “line warming” by making it a misdemeanor for any non-election worker to give voters waiting in line food or beverages, including water.

Electioneering was already banned inside polling places, within 150 feet of them and within 25 feet of any voter waiting in line. But this law added that giving or offering to give any money or gifts, including food and beverages, to voters within those perimeters is illegal, too. Poll workers are still allowed to do this and self-service water stations can be set up within the perimeter.

While it was not an issue on Nov. 3, long lines are a familiar occurrence for Georgia voters, most significantly in the Atlanta metro area. For the June primary, many Georgians stood in hours-long lines to vote and volunteers brought those voters food and water while they waited.

Claim: Drop boxes will be allowed under state law for the first time

This is true, but the context is important.

In 2020, drop boxes were introduced to many Georgia voters for the first time. Under an emergency rule enacted by the State Election Board in response to the COVID-19 pandemic, counties were given permission to have secure ballot drop boxes, which were required to be under 24/7 video surveillance and on “government property generally accessible to the public.”

Drop boxes were optional, and many counties opted against them. Since the new law requires every county have at least one drop box, some voters will have the option to use them for the first time. But for many voters, especially those living in the large metro counties that took advantage of the emergency rule, the rules around drop boxes are much more stringent now.

Unless the governor declares a health emergency, drop boxes must now only be placed inside early voting locations. Voters can also only access them during the early voting period when the locations are open. Because of the early voting period requirement, drop boxes will now be unavailable for the three days preceding an election and on Election Day — the time when mailing a ballot back is riskiest because it might not arrive on time. There is also a formula to calculate the maximum number of drop boxes allowed per county.

During his press conference Saturday blasting the MLB decision, Kemp noted that he used a drop box in November, saying, “You can do like I did because I was under COVID quarantine and didn’t want to go in the polling location — I went and dropped mine into a drop box. You can still do that. It’s in a secure location now.”

But since Kemp dropped his ballot in a box on Election Day, he could not have done so under the new law. Voters can still hand-deliver their voted absentee ballots to county election and registration offices, but those singular locations may be less accessible for some voters.

Claim: This bill allows for a ‘takeover’ of county election boards and the State Election Board

After the bill passed, Fair Fight Action CEO Lauren Groh-Wargo said the bill “allows for a complete takeover of county boards of election and the State Elections Board itself by partisan politicians in the state legislature,” calling it “a disgraceful power grab.”

The State Election Board has oversight over elections and investigatory powers, including referring potential election law violations to the attorney general or relevant district attorney.

Under the new law, the Republican-majority General Assembly does gain new powers over elections.

By a simple majority vote, the legislature elects three — a change from two — of the State Election Board’s five voting members, and that now includes the chairperson. The secretary of state, who Georgians elect to office, becomes a non-voting member of the board and loses his chairmanship.

The State Election Board also gained the power to temporarily suspend county or municipal election “superintendents.” In Georgia, the county boards of elections, and sometimes probate judges, are the “superintendents.” This means the board could suspend the people responsible for certifying election results and transfer all of their legal responsibilities, including decisions over election personnel, to a temporary replacement.