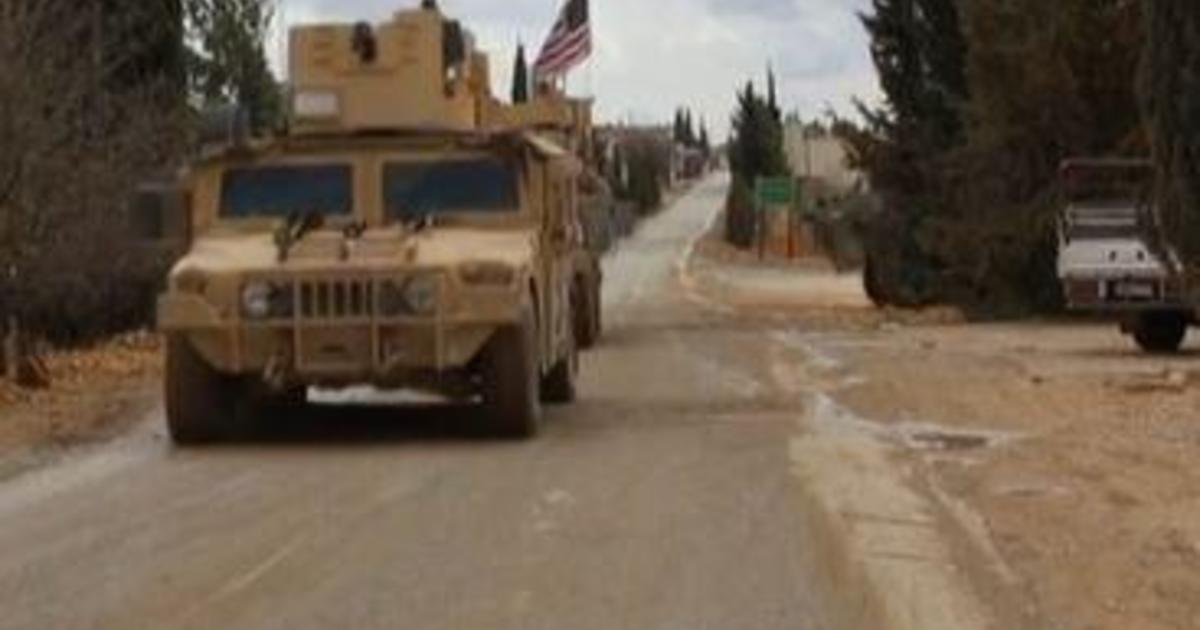 A roadside bomb killed one American and one British soldier Friday, the first U.S. combat death in Syria this year. It happened in a part of Syria that was thought to be cleared of the Islamic State of Iraq and Syria (ISIS), and it came one day after President Trump signaled the U.S. may be leaving the region soon.

The incident happened near the Turkish-Syrian border, in the vicinity of Manbij. It was controlled by ISIS, but taken over in the summer of 2016 by Kurdish and Arab forces, trained by U.S. forces.

“We’re going to be coming out of there real soon,” Mr. Trump said Thursday, unexpectedly declaring that U.S. troops — roughly 2,000 on the ground — are on their way out of Syria.

“By the way, we are knocking the hell out of ISIS. We’ll be coming out of Syria, like, very soon. Let the other people take care of it now,” he said.

“I have not seen the president’s comments myself. I can say as a general matter, this administration looks to other countries to help out,” State Department spokeswoman Heather Nauert said in a news briefing.

The Pentagon referred uestions back to the White House, which has not yet responded to CBS News.

The announcement of a potential timeline of a Syrian withdrawal defies what Mr. Trump has expressed in the past.

“America’s enemies must never know our plans or believe they can wait us out,” Mr. Trump said in August 2017.

The U.S air campaign in Syria began in 2014. The Obama administration sent ground troops there a year later amid a raging civil war, where competing interests made setting achievable goals difficult.

“There’s never been a strategy to bring the civil war to an end — certainly not a military strategy nor a diplomatic strategy,” said CBS News senior global affairs contributor Ian Bremmer.

“The Middle East is a region where if the United States is not playing the role of sheriff, there are lot of people that are prepared to be leaders,” he said. “The only problem is that they hate each other.”

Fri Mar 30 , 2018
FILE PHOTO – A man is silhouetted against a video screen with a Twitter and a Facebook logo as he poses with a laptop in this photo illustration taken in the central Bosnian town of Zenica, August 14, 2013. REUTERS/Dado Ruvic March 30, 2018 By Brendan O’Brien (Reuters) – In […]