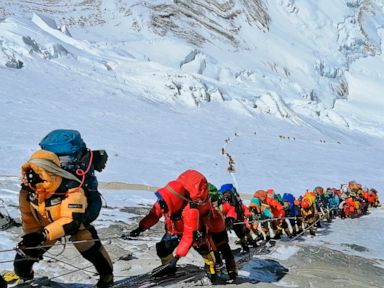 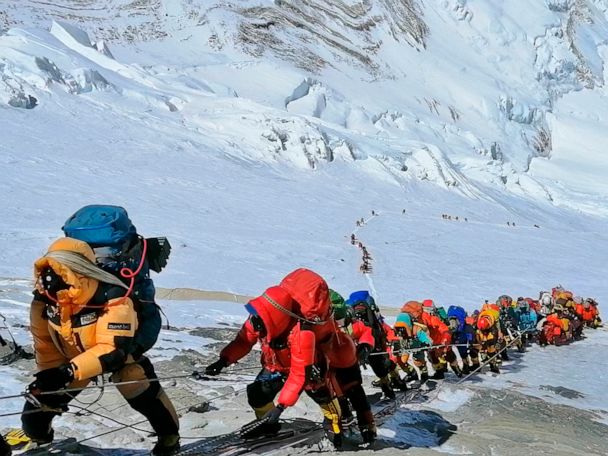 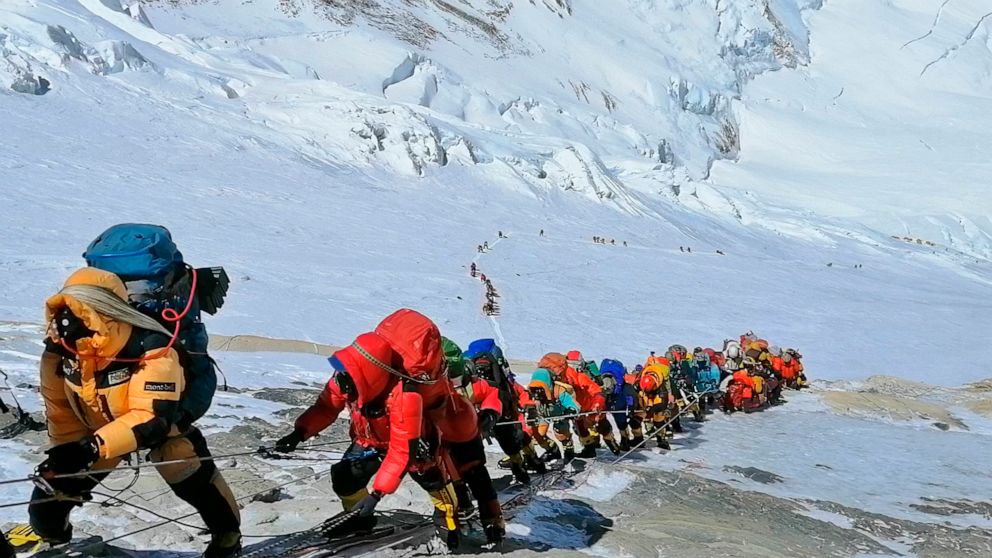 The bodies of seven climbers who went missing in the Himalayas within India last month have been recovered, officials said.

A search team from the Indo-Tibetan Border Police retrieved the bodies on Sunday at an altitude of 5,800 meters (about 19,000 feet) to the base camp, according to Vijay Jogdande, an administrator of northern India’s Uttarakhand state. It will take two to three days to return them to base camp.

The bodies have not yet been identified, but Jogdande told ABC News that a woman and an Indian man were among them.

The search for the missing eighth climber continues, Jogdande added.

The eight-member group, led by British mountaineer Martin Moran, set out on May 13 to attempt to summit a previously unclimbed, unnamed eastern peak on Nanda Devi, the second-highest mountain in India, part of the Garhwal Himalayas.

Moran’s Scotland-based company, Moran Mountain, said that it’s last communication with the team was on May 24. They were supposed to return to base camp two days later, but never did. There had been avalanches in the region.

The group was composed of four Britons, two Americans, an Australian and a man from the Indian Mountaineering Foundation, a national body, according to Pithoragarh Additional District Magistrate R.D. Paliwal.

It has been a particularly deadly season for climbers in the Himalayas this year, especially on the world’s tallest peak, Mount Everest, where short windows of safe climbing weather on the Nepal side paired with crowds and inexperienced adventurers have contributed to numerous deaths.

Mon Jun 24 , 2019
President Trump took to Twitter on Monday to slam the Federal Reserve for leaving interest rates unchanged and signaling there will be no cuts in 2019. Continue Reading Below “Despite a Federal Reserve that doesn’t know what it is doing – raised rates far to fast (very low inflation, other […]