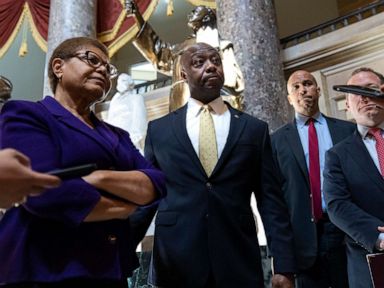 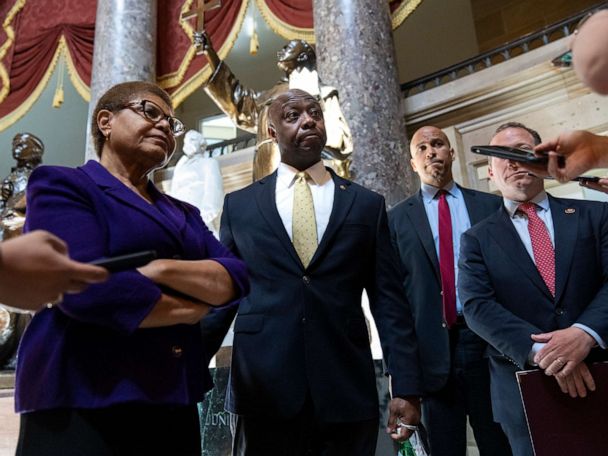 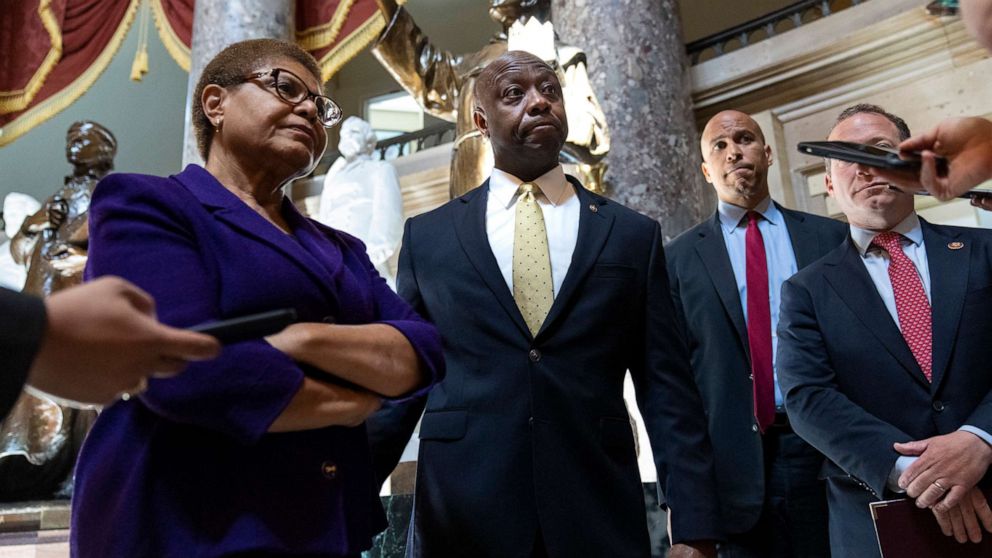 After months of negotiations, bipartisan police reform talks are officially over without a deal.

Lead negotiators for Democrats, Booker and Rep. Karen Bass, D-Calif., made that final offer during a meeting Tuesday. Democrats said it was “the bare minimum of what they could accept at this point,” a source told ABC News.

Booker told reporters at the Capitol later Wednesday that despite “significant strides” made in negotiations, the groups could not come to an agreement and indicated that he will revisit other paths to achieve police reforms.

“We haven’t settled on any strategy but I just want to make it clear that this is not an end, the efforts to create substantive policing reform will continue,” Booker said. “It is a disappointment that we are at this moment, but the fact that you have the largest police fraternity — police union in the nation — who has been willing to entertain significant and substantive reforms, the fact that you have people like the (International Association of Chiefs of Police) … this is a big movement than where we were just a year or two ago.”

Scott told ABC News that he would not be a part of “defunding the police,” citing concerns about high rates of violent crimes happening in many major U.S. cities.

“Everybody knows that change requires resources,” Scott said of the negotiations. “So when, when you’re talking about making progress in the bill and your definition of progress is to make it punitive — or take more money away from officers if they don’t do what you want them to do — that’s defunding the police.”

“I’m not going to be a part of defunding the police,” he added.

Talks hit a major snag early in the summer over the involvement of police unions. There were still significant sticking points between the two sides over qualified immunity and how officers should be prosecuted.

Booker said in a statement Wednesday that, “even with this law enforcement support and further compromises we offered, there was still too wide a gulf with our negotiating partners and we faced significant obstacles to securing a bipartisan deal.”

“The time has come to explore all other options to achieve meaningful and common sense policing reform,” Booker added in his statement. “I will not stop fighting until we achieve change that keeps our communities and police officers safe.”

In late June, sources told ABC News that the lead negotiators had “reached an agreement framework,” but there were still major points of contention that led to the breakdown in negotiations.

The biggest obstacle was the disagreement from police unions. In June, Scott told Booker that if he could get unions “on board with a proposal, he would not stand in the way,” a source told ABC News.

In the end, the National Association of Police Organization (NAPO) took issue with the proposed legislation and the fact that it was not included in talks and encouraged negotiators to reject the deal.

The proposal would have provided more resources to police departments but would have also increased federal power in bringing misconduct cases in areas of excessive force, sexual misconduct, theft and obstruction of justice. The deal did not address qualified immunity, which was another hurdle for Republicans and a red line for many progressive Democrats.

Despite the problems, both Democrats and Republicans voiced their commitment to continue talks in late June.

However, issues of qualified immunity and how officers could be prosecuted and the involvement of police unions approved to be insurmountable policy differences to get the proposal to the floor.

Since the talks fell through, advocates have expressed disappointment and outrage. Tiffany Crutcher, whose twin brother Terence was shot and killed by police in Oklahoma in 2016, has spent time lobbying for reform at the Capitol with the family of George Floyd. She released a statement Wednesday, specifically criticizing Scott and other GOP lawmakers.

“We all know Congress can do whatever it has the will to do. We will see this next week when lawmakers will reach a last-minute agreement to avoid a shutdown,” Crutcher said. “And yet after years of action, work and pleas from Black Americans, Republican Senators are unwilling to keep this promise to the American people.”

“They have chosen to stand with those who have lynched the very people they are meant to protect and serve,” Johnson said.

Johnson added, however, that “the battle for police reform is far from over” citing that there are “innocent lives at stake.”

Others have indicated that they are still looking for other means to achieve meaningful reforms, Bass called on President Joe Biden and the White House to “use the full extent of their constitutionally mandated power to bring about meaningful police reform,” in a statement Wednesday.

Biden heeded that call and released a statement Wednesday vowing to find other ways to improve policing, though he said that he still hoped to “sign into law a comprehensive and meaningful police reform bill that honors the name and memory of George Floyd.”

“The White House will continue to consult with the civil rights and law enforcement and civil rights communities, as well as victims’ families to define a path forward, including through potential further executive actions I can take to advance our efforts to live up to the American ideal of equal justice under law,” the president said in his statement.

White House press secretary Jen Paski said during a press briefing Wednesday that the administration is disappointed that the negotiations fell apart.

“We also agree that it’s unfortunate and disappointing that Republicans rejected reforms that even the president had supported and refused to engage on key issues that many in law enforcement were willing to address,” Psaki said. “We agree that’s incredibly disappointing and these reforms are long overdue, and that certainly is the president’s point of view.”