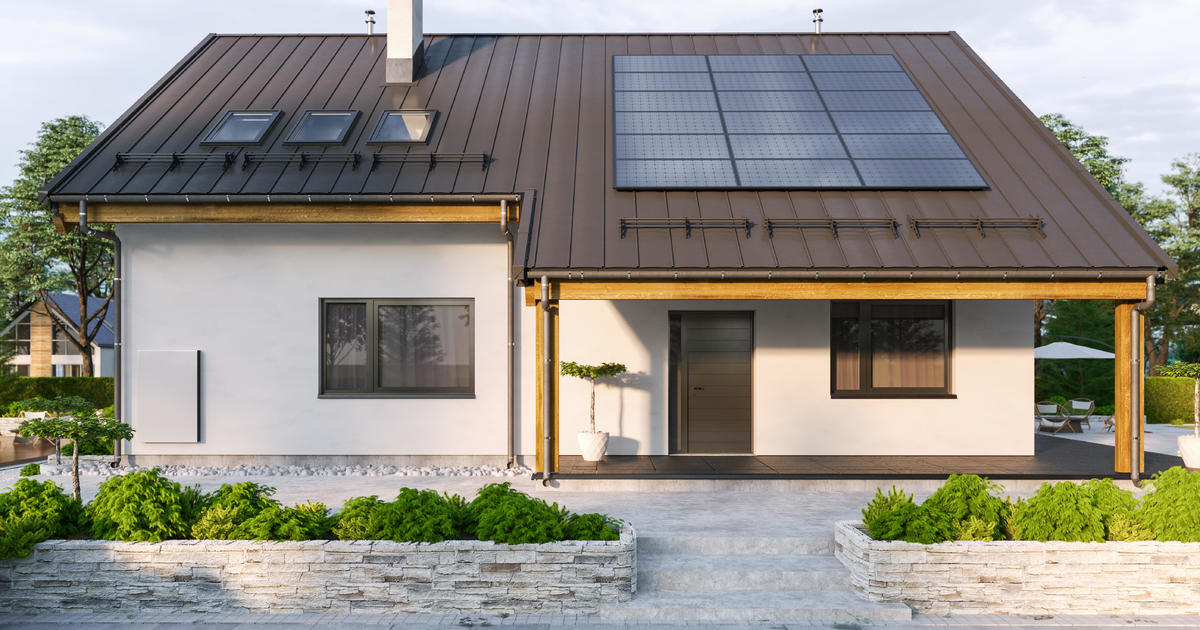 President Biden’s Inflation Reduction Act takes on climate change by helping Americans reduce their carbon footprint. A key element in that push is offering up to $14,000 in rebates and tax credits for people to make their homes more energy-efficient.

Those benefits can be used to lower the cost of home upgrades, ranging from installing heat pumps to buying new electric appliances like stoves and dryers. About 40% of carbon emissions stems from buildings, so such incentives could help the U.S. achieve its goal of lowering fossil-fuel emissions, said Lauren Urbanek, senior energy policy advocate at the nonprofit Natural Resources Defense League.

“This gives people some very concrete and generous incentives to do that, both in the form of tax credits and direct cash rebates,” Urbanek told CBS MoneyWatch. “This is the biggest federal investment in buildings ever, at least one that is specified for climate change.”

Here’s what to know about the incentives.

What rebates can I get?

There are two separate rebate programs, according to the NRDC.

What types of upgrades are covered?

The HOMES Rebate program would cover upgrades, from solar panels to new windows, that help your home become more energy-efficient.

The HEEHRA program designates rebates for specific appliance purchases and other upgrades. One of the most appealing rebates is a provision offering up to $8,000 for heat pumps, which despite their name provide both air conditioning as well as heating.

When it comes to energy consumption, these devices are often better alternatives to furnaces because they rely on electricity rather than gas or oil to warm a home. Compared with electric resistance heating like baseboard heaters, they can reduce electricity use by about 50%, according to the Department of Energy.

Ranging from $4,000 to more than $7,000 each, heat pumps can cost a pretty penny. The two rebate programs may help offset part or even all of the cost of these devices for many consumers.

Here are the caps on rebates for other upgrades made via the HEEHRA program:

There’s a $14,000 cap on the dollar amount of rebates offered under the program. For instance, low-income homeowners can get up to 100% of electrification projects covered — up to the cap of $14,000 in rebates — while middle-income consumers can get up to 50% of their costs covered by the rebates (also up to that $14,000 cap).

What types of tax credits can I get?

Tax credits are different from rebates because consumers receive them when they file their taxes. Rebates, on the other hand, are often applied when someone buys an item. The HEEHRA rebates are slated to be available at the point-of-sale, such as when a consumer buys a heat pump through a home supply store.

The Inflation Reduction Act expands a homeowner efficiency tax credit, called the Energy Efficient Home Improvement Credit. This covers up to 30% of the cost of energy upgrades, with a cap of $1,200 per year.

This tax credit was previously available to homeowners, but it was a lifetime credit, meaning you could claim it only once. But the IRA makes the credit an annual incentive, which means that homeowners could claim the credit for upgrading windows one year and buying a heat pump the next.

How can I enroll in these programs?

You can’t claim the rebates or tax credits just yet, Urbanek noted.

“We are probably still a number of months for the programs to be live,” she said, adding that the HOMES rebate program will be operated by states, which are likely working on implementing their plans now.

Likewise, the point-of-sale rebates aren’t yet available to consumers, but stores should have details later this year, according to trade publication Clean Technica.

What should I do now to prepare?

There are two steps homeowners can take now to get ready, experts say. First, schedule an energy audit of your home, which typically costs about $400 and which can offer guidance on how to make your home more efficient, according to Home Advisor.

Second, start talking with contractors to line them up for projects when the rebates and tax credit become available, Urbanek noted.

“Educating yourself about the types of equipment and what might be necessary for your own house can give people an idea of how to act as soon as this is available,” she said.

Sat Sep 10 , 2022
Major League Baseball adopted its first pitch clock, limits on defensive shifts and larger bases for next season in an effort to shorten games and increase offense in a tradition-bound sport. The decision on the clock and shift restrictions by the sport’s 11-man competition committee was made Friday over the […]