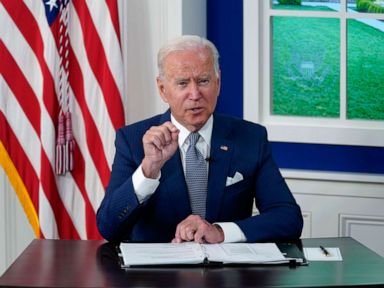 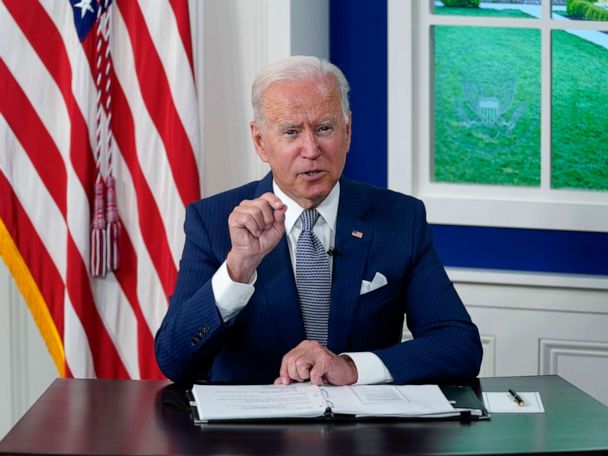 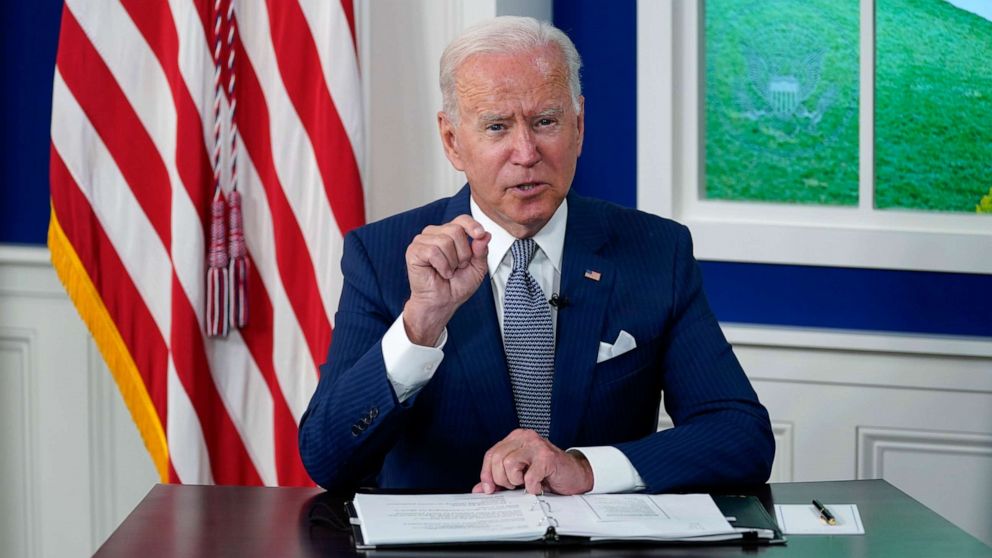 President Joe Biden on Wednesday worked to salvage his sweeping legislative agenda as Democratic infighting imperiled his ambitious goals on infrastructure, climate change and Americans’ relationship with government into peril.

The president planned to host a series of Democratic congressional leaders and factions at the White House, with the goal of pushing two pieces of legislation to the finish line: the bipartisan $1.2 trillion physical infrastructure bill that already passed the Senate but faces challenges in the House, and a potentially much larger bill with hundreds of billions of dollars for “human infrastructure” — funding for child care, eldercare, universal preschool, free community college, combating climate change, and a host of other Democratic priorities.

House Speaker Nancy Pelosi told reporters late Tuesday that she intends to put the bipartisan infrastructure bill on the floor next week — as early as Monday — for consideration, but it’s unclear if and when the lower chamber will vote on the bill.

Pelosi and Democratic leadership have urged their entire caucus to support the bill, despite the fact that the $3.5 trillion bill is still weeks away from completion and progressives have said they won’t support the bipartisan bill unless the larger social bill is passed. Historically, Pelosi is loath to put a bill on the floor that will fail, so leadership must decide soon how they intend to play this.

Congressional Progressive Caucus chair Rep. Pramila Jayapal, D-Wash., who met with Pelosi on Tuesday for 90 minutes in her office and is expected to meet with Biden later Wednesday — told ABC News that more than half of her caucus, which stands at nearly 100 members, is ready to tank the bipartisan infrastructure bill if the larger progressive bill isn’t ready by next week.

Meanwhile, moderate Democrats in both houses of Congress oppose some specific items in the larger bill — which Biden calls his “Build Back Better agenda” — as well as its overall price tag. They’ve threatened to tank that bill if significant changes aren’t made to it — changes the progressives adamantly oppose.

With his agenda at risk, Biden hosted Pelosi and Senate Majority Leader Chuck Schumer Wednesday afternoon, followed by Democratic moderates from both chambers — including Sens. Joe Manchin of West Virginia and Kyrsten Sinema of Arizona, who have expressed opposition to the larger spending bill. Later in the afternoon, he planned to meet with Jayapal and other progressives from both the House and Senate, including Sen. Bernie Sanders, I-Vt., the White House said.

“We are calm and everybody’s good and our work is almost done,” she said, when asked about the larger bill.

“I would never describe it that way,” Psaki said Wednesday. “But I would say, look, this is an important moment where we’re in the pivotal period of our negotiations and discussions.”

Psaki said Biden was holding three separate meetings — rather than one — because “this is a messy sausage-making process.” She said he “sees his role as uniting and as working to bring together people.”

“The president’s bringing people of a range of viewpoints on big, important packages that are going to make their lives better here to the White House to have a discussion about it,” she said. “He’s rolling up his sleeves. He’s walking them to the Oval Office, he’ll have some COVID-safe snacks.”

“The president of the United States is always a very influential figure, and I know he wants both bills passed,” Hoyer told reporters.

Manchin has said for months he believes there should be a “strategic pause” before Congress takes up the reconciliation bill, citing his concerns about spending. His opposition to the price tag runs in tandem with Sinema. Either one of them could tank the progressive bill from becoming law.

Separately, progressives are insisting that a pathway to citizenship is included in the bill. The Senate parliamentarian dealt a blow to Democrats late Sunday after ruling that immigration reform does not have a direct budgetary impact and therefor could not be included in the reconciliation bill.

Schumer and other Democrats expressed deep disappointment and vowed to continue fighting for new pathways to citizenship for immigrants in the country illegally.

The messy legislative fight carries high stakes with next year’s midterms looming and the president hoping to chalk up a major win Democrats can point to as his approval sags after a much criticized withdrawal from Afghanistan and amid the continuing coronavirus pandemic.

John Podesta, an influential Democrat who served as chief of staff to President Bill Clinton, sent a memorandum to the office of every Democratic member of Congress on Tuesday, warning them to pare back the $3.5 trillion bill — or risk losing control of Congress.

Podesta said he “wholeheartedly” supported that bill — and actually thought it should “do even more” — but that “the political reality is clear” and that Democrats “will not secure the full $3.5 trillion investment.”

He called on Democrats to unite, saying progressives should accept a smaller price tag, and that moderates must swallow the other package in addition to the physical infrastructure deal they support. Doing nothing, he said, would fail Americans and could mean the end of Democratic control on Capitol Hill.

“It would signal a complete and utter failure of our democratic duty, and a reckless abdication of our responsibility,” Podesta wrote.

Meanwhile, Biden must also contend with a looming possible government shutdown on Oct. 1. Democrats in the House passed a short-term spending bill late Tuesday that would punt the shutdown fight to Dec. 3. The legislation also provides billions in aid for emergency disaster relief and Afghan evacuees. It also suspends the debt limit to December 2022.

But Senate Republicans have vowed to block any legislation that would lift or suspend the debt limit.

Senate Republicans say they oppose suspending the debt limit because of additional spending measures Democrats are currently crafting — even though the debt limit does not authorize new spending and is instead paying off previous debt, much of it incurred during the Trump administration.

Senate Democrats have countered that they have lifted the debt limit with Republicans under the Trump administration on multiple occasions and say it’s a bipartisan responsibility.

Treasury Secretary Janet Yellen has said if Congress does not act to raise the debt limit, the U.S. could default on its debt sometime in October, potentially triggering an “economic catastrophe.”

Republicans, led by Senate Minority Leader Mitch McConnell, have said for weeks they will oppose any measure that raises the debt ceiling, insisting that Democrats can do it alone given their control over all three branches of government.

“Since Democrats decided to go it alone, they will not get Senate Republicans’ help with raising the debt limit. I’ve explained this clearly and consistently for over two months,” McConnell said on the Senate floor earlier this week.

Biden has often touted the deal-making skills he honed over decades in the Senate, and the next few days will put his abilities to the test.