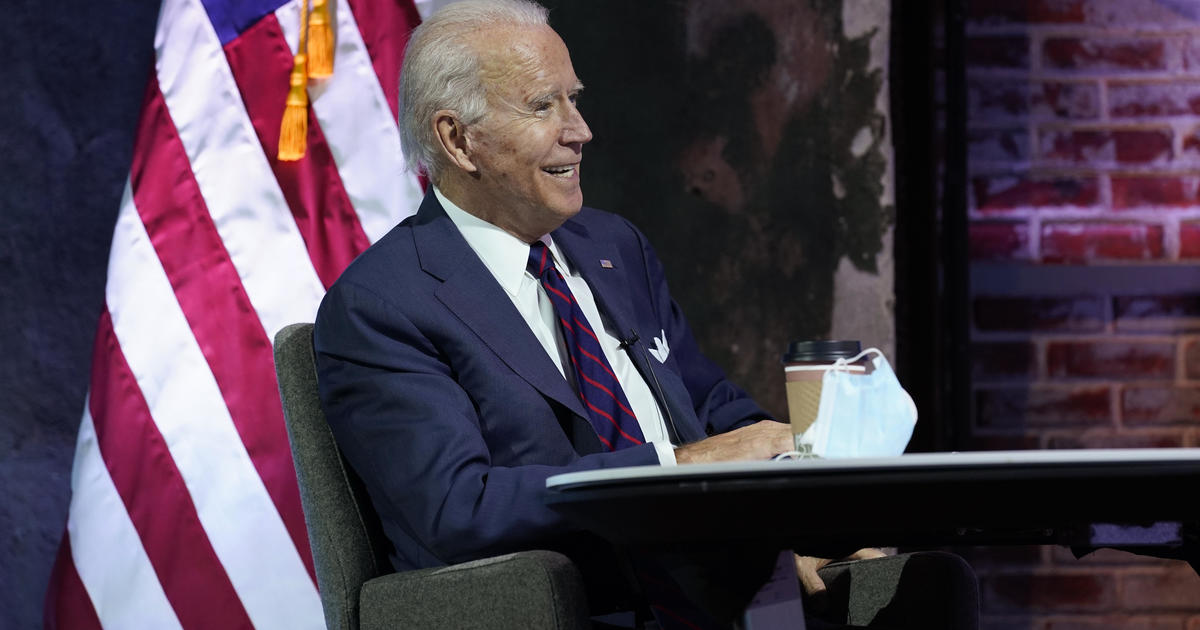 “There will be Cabinet nominations, picks, on Tuesday,” Sanders told “Face the Nation.” “I can’t tell you right now how many or who but I can tell you that the president-elect is starting to put together his Cabinet and the American people will see the first glimpse of that on Tuesday.”

Sanders declined to comment on whether Vice President-elect Kamala Harris will head a coronavirus task force in the Biden White House, as Vice President Mike Pence has done. Mr. Biden has formed his own outside COVID-19 advisory board, and Sanders said tackling the virus will be a “day one” priority for the incoming administration.

Meanwhile, Mr. Biden still doesn’t have access to high-level classified intelligence briefings, or any formal access to transition resources across federal agencies, as the Trump administration and specifically the General Services Administrator refuses to recognize his victory. Mr. Biden has insisted his team is moving forward and doing all they can to prepare, regardless of the current administration’s inaction.

The Trump administration and Biden team have held “marginal” backchannel communications but nothing rising to the level of a full-fledged transition effort, multiple sources familiar with the talks told CBS News.

President Trump and his legal team continue to baselessly allege mass, coordinated fraud in the 2020 election, but courts in key states have rejected those claims. On Saturday, a federal judge in Pennsylvania tossed a Trump campaign lawsuit that sought to prevent certification of the results, writing in a scathing opinion that the campaign had failed to show evidence of widespread fraud.

Sun Nov 22 , 2020
The following is a transcript of an interview with CVS Health CEO Larry Merlo that aired Sunday, November 22, 2020, on “Face the Nation.” MARGARET BRENNAN: CVS Pharmacy is one of the locations where Americans will eventually be able to get a COVID-19 vaccine when it becomes widely available. CVS […]