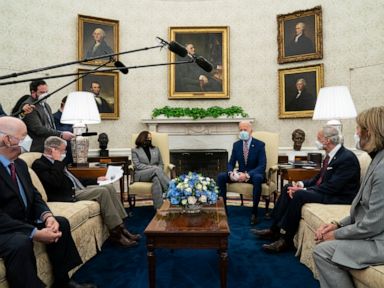 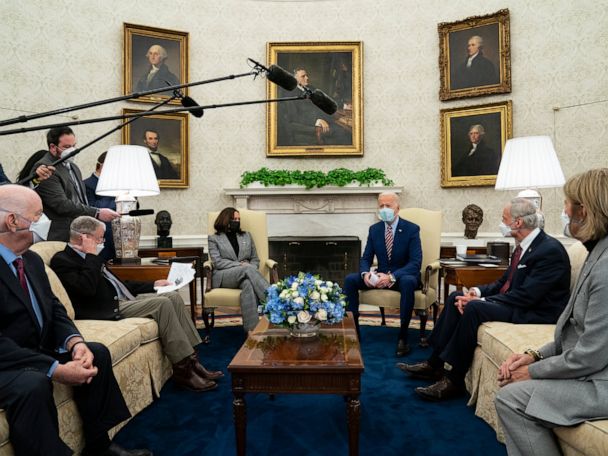 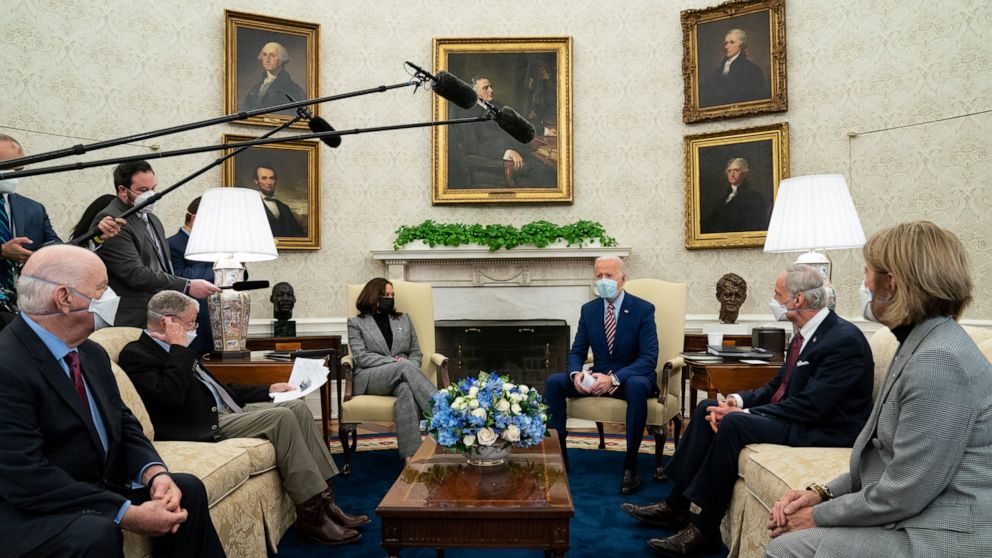 WASHINGTON — President Joe Biden is hoping that launching an effort to build roads and bridges can help to unite Democrats and Republicans in a time of sharp partisan divisions.

Biden met with lawmakers from both parties at the White House to discuss infrastructure on Thursday, even as the Senate is holding impeachment proceedings against former President Donald Trump where partisan divisions are on full display.

“I’ve been around long enough,” Biden said, “that infrastructure wasn’t a Republican or a Democratic issue.”

The president specifically mentioned the potential for improvement projects in the states of the senators attending the meeting, signaling that lawmakers might be willing to cooperate in order to make their voters’ lives better.

Biden highlighted the need for repairs to “a lot of bridges in West Virginia.” Republican Sen. Shelley Moore Capito of West Virginia, the ranking member of the Environment and Public Works Committee, was among those in attendance.

The president also referenced Route 9 in his home state of Delaware, which he shares with Democratic Sen. Tom Carper, the committee chairman, who was also in the Oval Office meeting Thursday and had discussed these issues with Biden last week.

“The American people desperately want us to bring our roads, trains and bridges out of the last century and into the future,” Carper said after Thursday’s meeting.

Carper pledged to work on a transportation bill that will focus on reducing greenhouse gas emissions by cars and trucks and boosting electric cars. “I’m glad it’s at the top of the administration’s agenda.″

The current authorization bill for surface transportation expires in September, so “there is no time to waste,″ Carper said, adding that he expects bipartisan support for the reauthorization bill in the Senate.

“One reason is that I’ve known the president forever, and we’ve worked on highway bills before,” Inhofe said. “The main thing that I want to be careful on is when you’re working on infrastructure that’s high dollar stuff.”

Biden said there are “a number of things out there that the American people are looking for us to step up” and do. During the presidential campaign, Biden committed to deploying $2 trillion on infrastructure and clean energy investments over four years.

His campaign pledged that millions of jobs would flow from repairing roads, building electric vehicle charging stations, weatherizing buildings, improving access to public transit and updating the U.S. power grid to be carbon-pollution free by 2035.

Since the pandemic began in February 2020, the United States has lost 256,000 construction jobs, lowering total construction employment to 7.4 million. Still, total construction spending has increased slightly to an annualized rate of $1.49 trillion, according to the Census Bureau. About a quarter of that spending comes from the federal, state and local governments.

Both the Obama and Trump administrations famously promised to invest in infrastructure, only never fully to deliver. The term “infrastructure week” became something of a joke during the Trump era, when it was associated with a policy push that was meant to take public attention away from controversial remarks or actions by the president.

Biden has been warned that his push for $1.9 trillion in coronavirus relief might hamper a later push to get bipartisan support for infrastructure improvements. In a speech earlier this month to the Senate, Sen. Rob Portman, R-Ohio, said a party-line vote on financial relief would “poison the well” for infrastructure.

The Kinder Institute for Urban Research at Rice University released an analysis Wednesday about the infrastructure needs of 134 cities. Its survey found cities prioritizing transportation and water and climate projects, but also projects to address the fallout from the pandemic such as broadband access, emergency response and health facilities, and public transit for essential workers.

“Mayors and other local regional leaders around the country are very much in alignment with what President Biden has talked about, especially with climate change,” said Bill Fulton, director of the institute. “But it’s clear that the pandemic has changed infrastructure needs.”

Thu Feb 11 , 2021
Twitter is expanding its use of labels to identify official government accounts and state-affiliated media in a bid to boost transparency and better inform readers, the company has announced, expanding to 16 new countries with “state-linked information operations.” The social media platform has been under intense pressure to combat disinformation […]