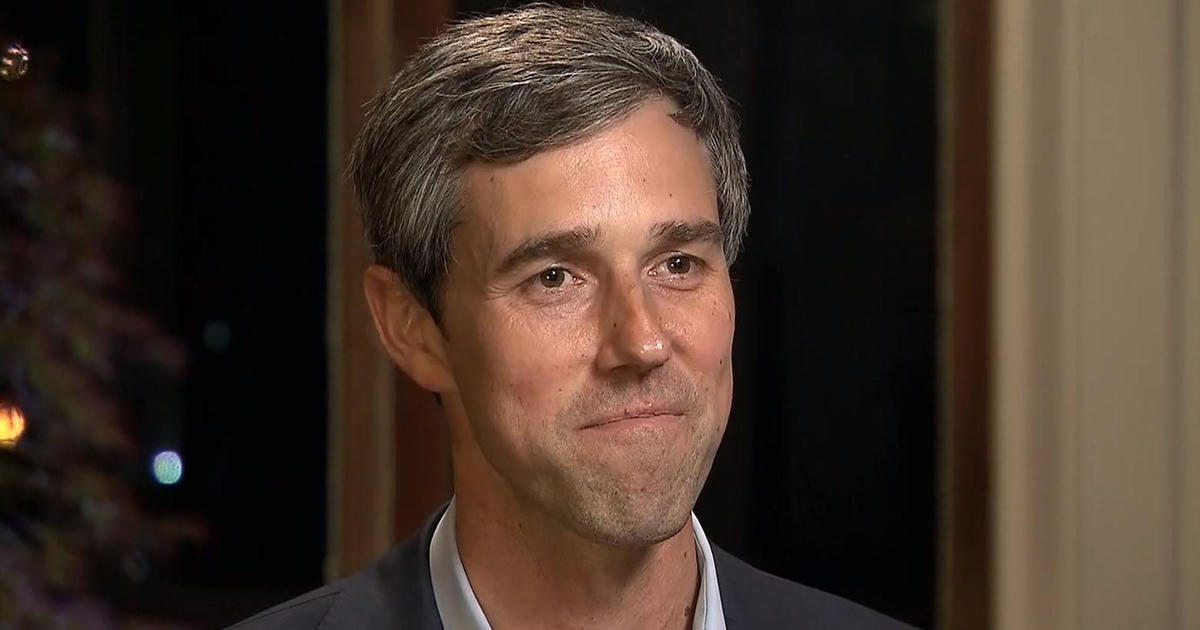 Watch Elaine Quijano’s full interview with Beto O’Rourke in the player at the top of the page.

2020 Democratic presidential candidates were quick to pounce on Joe Biden’s support for the Hyde Amendment, which bans federal funding for abortions in most cases, though they were reluctant to call him out by name. But in an exclusive interview with CBSN’s Elaine Quijano on Wednesday, former Rep. Beto O’Rourke went further than his fellow competitors and said Biden’s stance on abortion was “absolutely wrong.”

O’Rourke has taken pains on the campaign trail to avoid criticizing fellow Democratic contenders, and has made civility a cornerstone of his message. But the news on Wednesday that the former Vice President still backs the Hyde Amendment, which O’Rourke and other 2020 Democrats want to repeal, opened up another significant divide between Biden and the rest of the field.

While Biden supports abortion rights, he is also a staunch Catholic who invokes his faith on the campaign trail. When asked by an ACLU volunteer at a campaign event recently whether he would commit to supporting the repeal of the Hyde Amendment, he agreed. Yet his campaign said he misheard the question and that he still supports the amendment, which prohibits federal funding for abortions except in cases of incest, rape or the life of the mother. The funds are usually distributed through Medicaid. Several 2020 contenders, O’Rourke included, say the amendment would disproportionately impact low income women and women of color, and have called for a repeal.

O’Rourke’s response comes as the former Texas congressman is rebooting his presidential campaign after a lackluster start. Part of that effort includes releasing policy proposals, from immigration reform to addressing climate change. On Wednesday, O’Rourke introduced a sweeping voting rights proposal on that aims to increase registration by 50 million, with the goal of boosting voter turnout to 65 percent.

The plan also calls for term limits for some federal offices — including an 18-year term limit for Supreme Court justices. Several 2020 candidates have called for reforming the high court in response to recent federal and local decisions, and vacancies that have shifted the ideological makeup of the judiciary.

But O’Rourke disagreed with some proposals put forth by other candidates to expand the number of seats on the court, after saying he might consider it earlier this year. “I don’t know if that’s the right way,” he told CBSN. “That further entrenches or enshrines the partisanship we’re seeing play out in the court right now.”

O’Rourke’s plan would establish Election Day as a national holiday and implement same-day and automatic voter registration, including pre-registration for 15- and 16-year-olds.

O’Rourke would also call on Congress to pass legislation that allows people without identification to vote. He’s also proposing a constitutional amendment to institute a 12-year term limit for both the House and Senate, in an effort to inspire more people to run for office.

The former congressman also told CBSN he would support the Democratic challenger to his former House colleague, Republican Will Hurd, in Texas’ 23rd Congressional district. O’Rourke was criticized in 2018 for not endorsing Gina Ortiz Jones, who ended up losing by less than a thousand votes. O’Rourke and Hurd are friendly, and the two garnered national attention in 2017 for live streaming their drive together from Texas to Washington when weather canceled their flights.

“I will very likely support the nominee in that rce. I’m a big fan of Gina,” O’Rourke told CBSN. “I don’t want to put my thumb on the scale…but should she be the nominee I will be supporting her.”

O’Rourke, who is from the border town of El Paso, has also made immigration a central piece of his campaign. He told CBSN that President Trump’s proposed tariffs on Mexico “is about the dumbest idea, economically, the president has come up with.”

He also responded to a new Quinnipiac University poll out Wednesday that showed 60 percent of Democrats in Texas want him to abandon his presidential race to run for Senate against Republican incumbent John Cornyn. “I think they want to see Texas represented in the United States Senate by someone who represents our values,” he told CBSN. “I’m a known quantity….when they get a chance to meet some of these contenders, like MJ Hager, they are going to be very pleased.”

Thu Jun 6 , 2019
A pedestrian walks past the Federal Reserve building on Constitution Avenue in Washington, March 19, 2019. Leah Millis | Reuters Investors are getting too far ahead of themselves in expectations for the Federal Reserve to cut rates, according to a pair of top bankers at UBS and Goldman Sachs. Hopes […]