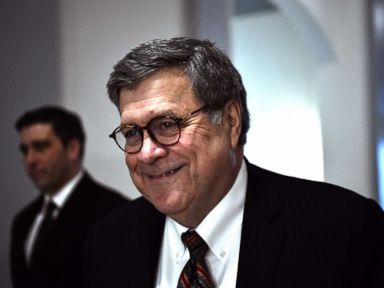 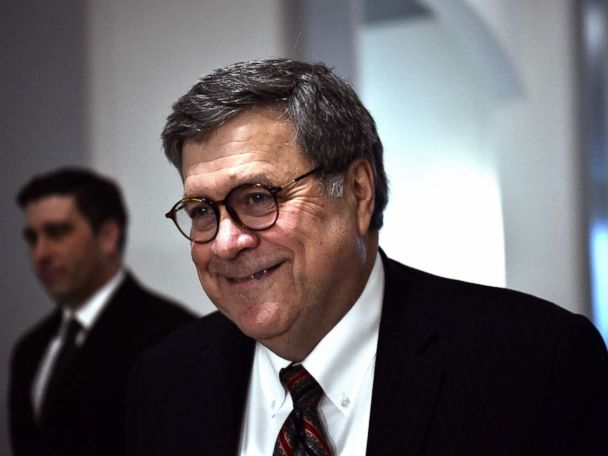 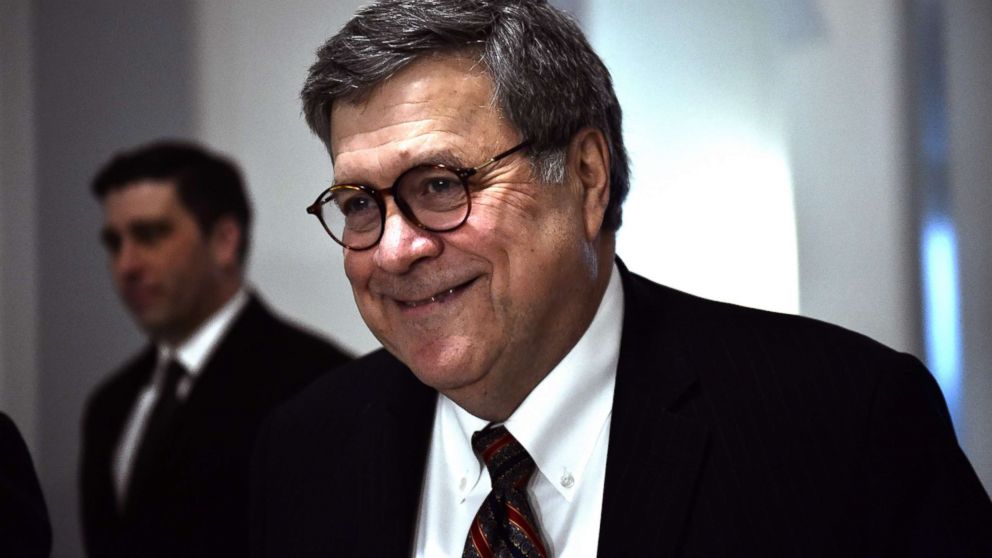 “When William Barr, President Donald Trump’s nominee for attorney general, takes his seat Tuesday morning for his confirmation hearing before the Senate Judiciary Committee, he’s sure to face tough questions from Democrats over his views on special counsel Robert Mueller’s investigation and a memo that Barr wrote in June 2018 opposing an obstruction of justice case against the president.

Analyzing the president’s firing of then-FBI director James Comey in May 2017, Barr argued in the memo to Deputy Attorney General Rod Rosenstein that any obstruction of justice inquiry into Trump based on the firing would be “fatally misconceived.”

Barr knows the Justice Department from his time as attorney general under President George H. W. Bush. And while Democrats acknowledge his previous experience, many insist the current situation is unprecedented, and have been in lockstep demanding assurances from Barr that the Mueller report be made public and that he not interfere or limit the special counsel.

“I’m worried about it,” Sen. Dick Durbin, an Illinois Democrat, said on ABC’s “This Week” on Sunday. “Clearly, he’s a good lawyer. There’s no question. But when it comes to this delicate political situation — the power of the presidency, whether this investigation is warranted — Bill Barr had better give us some ironclad assurances in terms of his independence and his willingness to step back and let Mueller finish his job.”

Senate Democratic Leader Chuck Schumer has called on Trump to rescind Barr’s nomination based on the memo.

Barr is expected to address the memo controversy head-on Tuesday.

“I wrote the memo as a former Attorney General who has often weighed in on legal issues of public importance, and I distributed it broadly so that other lawyers would have the benefit of my views,” Barr wrote in prepared testimony submitted to the committee.

“As I explained in a recent letter to Ranking Member Feinstein, my memo was narrow in scope, explaining my thinking on a specific obstruction-of-justice theory under a single statute that I thought, based on media reports, the Special Counsel might be considering. The memo did not address — or in any way question — the Special Counsel’s core investigation into Russian interference in the 2016 election,” Barr continued. “Nor did it address other potential obstruction-of-justice theories or argue, as some have erroneously suggested, that a President can never obstruct justice. I wrote it myself, on my own initiative, without assistance, and based solely on public information.”

Barr also sought to reassure Democrats he thinks Mueller should be allowed to finish his work, unhappy over Trump’s appointment of Acting Attorney General Matt Whitaker whom they suspected was named to block Mueller’s investigation.

“I believe it is in the best interest of everyone — the President, Congress, and, most importantly, the American people — that this matter be resolved by allowing the Special Counsel to complete his work. The country needs a credible resolution of these issues. If confirmed, I will not permit partisan politics, personal interests, or any other improper consideration to interfere with this or any other investigation,” Barr’s prepared testimony reads.

“Second, I also believe it is very important that the public and Congress be informed of the results of the Special Counsel’s work. For that reason, my goal will be to provide as much transparency as I can consistent with the law. I can assure you that, where judgments are to be made by me, I will make those judgments based solely on the law and will let no personal, political, or other improper interests influence my decision.”

However, some decisions that could impact the release of Mueller’s findings, such as whether the White House will assert any type of executive privilege, would not rest with Barr.

Mueller and Barr worked together in the early 1990s when Barr was Attorney General and Mueller was the head of the DOJ’s Criminal Division.

Sen. Lindsey Graham, R-S.C., the Judiciary Committee’s new chairman, said Mueller and Barr are “best friends” and have known each other for more than 20 years, adding that their wives have been in a Bible study group together and that Mueller has attended the weddings of two of Barr’s daughters.

At Graham’s request, former Sen. Orrin Hatch, a Utah Republican and long-serving member of the Judiciary Committee, will introduce Barr Tuesday as he did for Barr’s previous confirmation hearings.

“I have known Bob Mueller personally and professionally for 30 years. We worked closely together throughout my previous tenure at the Department of Justice under President Bush. We’ve been friends since. I have the utmost respect for Bob and his distinguished record of public service. When he was named special counsel, I said that his selection was ‘good news’ and that, knowing him, I had confidence he would handle the matter properly. I still have that confidence today,” Barr wrote in his written testimony.

He notes that he was partially retired, but took the job out of love for the Department of Justice and reverence for the law.

'Start Here': Shutdown, Steve King, Brexit. What you need to know to start your day.

Tue Jan 15 , 2019
It’s Tuesday, Jan. 15, 2019. Thanks for choosing to start here. 1. Trump defends shutdown to farmers It’s Day 25 of the government shutdown and Americans across the country are feeling it. Travelers at airports — one of whom sneaked a gun onto an international flight in Atlanta — are […]