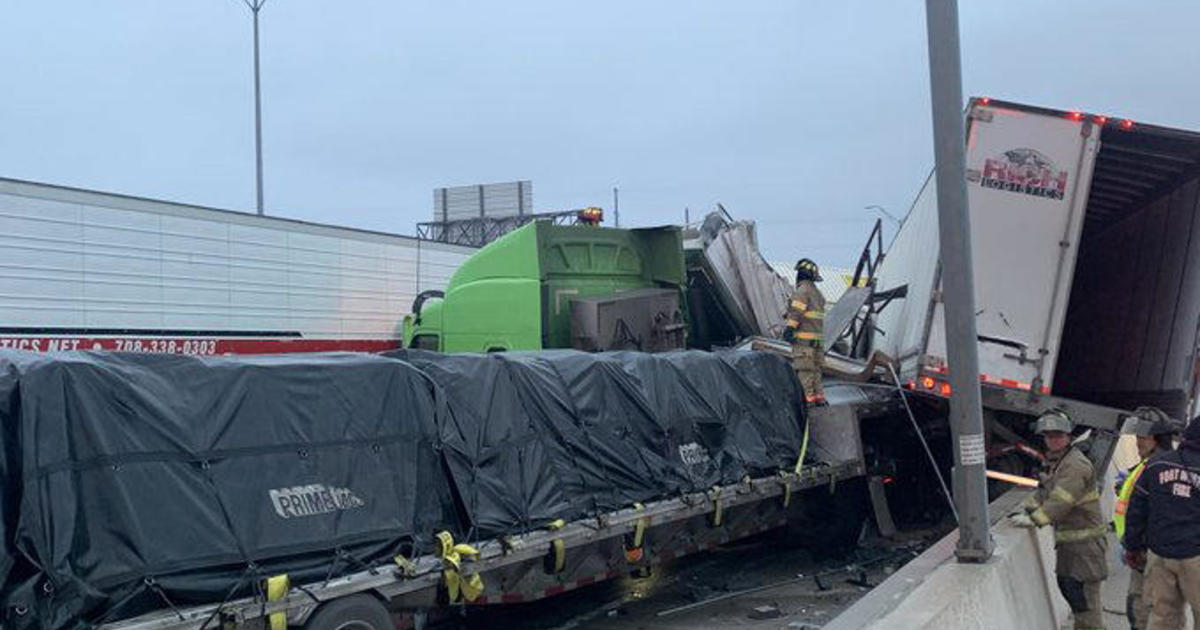 At least five people were killed in a massive car pileup that shut down an icy Texas highway Thursday morning, Fort Worth police said. The Fort Worth Fire Department said the pileup left multiple people trapped in their cars.

Between 75 and 100 vehicles were involved in the deadly crash that happened at around 6 a.m., Fort Worth Police Officer Daniel Segura said at a press conference. The scene stretched for about a mile on Interstate 35, Segura said.

A spokesman for the area’s ambulance service said about 36 people were transported from the scene to area hospitals. A fire department spokesman said first responders are working to free anyone trapped in a vehicle but some wrecked vehicles will need to be moved first.

Video footage posted to Twitter by Jason McLaughlin, a storm chaser for CBS Dallas-Fort Worth, shows wrecked cars and trucks strewn across the highway with some vehicles on top of others.

A picture McLaughlin posted showed dozens of vehicles backed up on the highway because of the pileup.

US distances itself from Trump attempts to ban WeChat

Thu Feb 11 , 2021
A day after it put a hold on a proposed ban of TikTok, the Biden administration is distancing itself from attempts by former President Donald Trump to ban the Chinese messaging app WeChat By TALI ARBEL AP Technology Writer February 11, 2021, 5:36 PM • 2 min read Share to […]