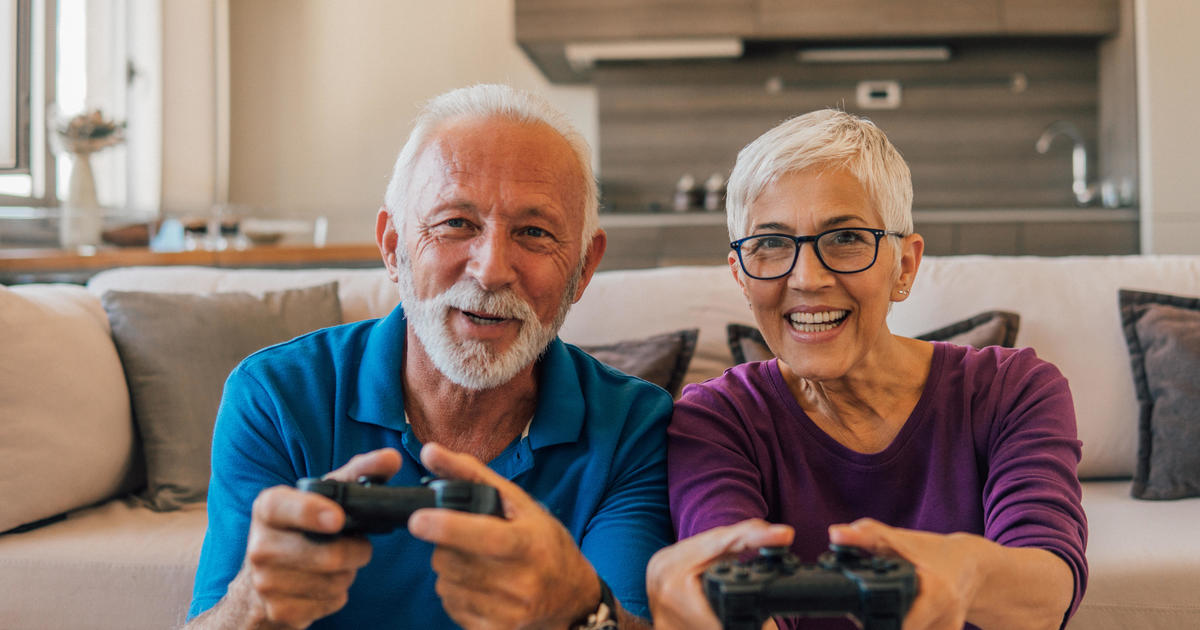 Although teenage boys remain the most avid video game players in the U.S., they’re being joined at the console by another group — their grandparents.

More than 10 million Americans age 50 and older became active video gamers over the past three years, according to an AARP survey. In 2016, there were 40 million senior gamers, a number that’s mushroomed to about 51 million in 2019, the survey found.

To be sure, people in their mid-30s still make up a majority of the gaming industry’s customers, but the rise in gray-haired gamers has big implications for how companies like Electronic Arts and Nintendo market and create new products, industry observers say.

The rise in older gamers is fueled in part by people who use gaming to spend quality time with grandchildren, but many are also drawn to video games for enjoyment and intellectual challenge.

The AARP survey, which draws from more than 3,700 online responses, found that women accounted for the largest increase in older gamers in recent years.

Take Pennsylvania resident Barbara Evans, 79, who loves playing Nintendo Wii bowling with three of her friends in her retirement community in Jenkintown. Evans and friends gather twice a week and bowl three digital rounds, a year-long tradition that “has become a very social thing,” she said.

“It’s a lot of fun when there’s other people coming and going and they’ll stop and watch and they’ll cheer on this one or that one,” Evans said.

Evans once bowled a 268 on the game, a score that has become “my claim to fame here.”

The game helps Evans think back to her days as a single 20-something working as a nurse. She would finish an eight-hour shift then leave at 11 p.m. to bowl in a competitive league. When Evans got married, she and her husband bowled in a league for several years. She has played Wii bowling for the past seven years.

Forza Horizon 4, a car racing game on Xbox, is the game of choice for Kansas City resident Michelle Kelley. The retired clinical psychologist plays for about two hours daily.

“It’s got cars that I currently own and cars that I owned as a teen,” Kelley, 73, said, mentioning the 1997 BMW E36 he likes to use in the game. “The one in the game is a coupe and mine is a convertible, so I can drive my own car in the game.”

Video games that offer a sense of online community and interaction are popular with older gamers because of the isolation many seniors feel, said Greg Portell, head of global consumer industries and retail price at consulting firm AT Kearney.

The AARP data further shows that golden-year gamers are a growing consumer base and “a sizable market that deserves development attention,” he added. “All the indicators show it’ll be financially lucrative to do that.”

Americans over 50 spent $3.5 billion on video games and accessories between in first half of the year, up sharply from $523 million during the same period in 2016, according to AARP. They spent an average of $70 when purchasing video games.

About 164 million people — a figure that includes seniors— played video games in 2018, which helped the industry grab a record $43.4 billion in sales.

Portell expects major video game developers to target seniors over the next decade. For instance, savvy companies could integrate voice controls and sensors, enabling older people to continue playing even if they’re not as nimble as they once were.

“And the more they can build trust into the product, the better,” he said. “Financial security and safety – really creating something where the [senior gaming] community can let their guard down without having to worry about being scammed.”

Bryant agrees that older gamers represent a growth market for gaming companies. “One of the reasons we put out this study is to remind the gaming industry that ‘Hey, these are the people who are playing your games’,” she said.

Solar panels are increasingly popular. Should you buy, lease or rent?

Wed Jan 1 , 2020
A majority of Americans say they’ve seriously considered putting solar panels on their house or have already done so, according to Pew. Homeowners today have more options for solar than ever, but the best choice depends on the year-round weather and the state incentives where you live. A federal tax […]