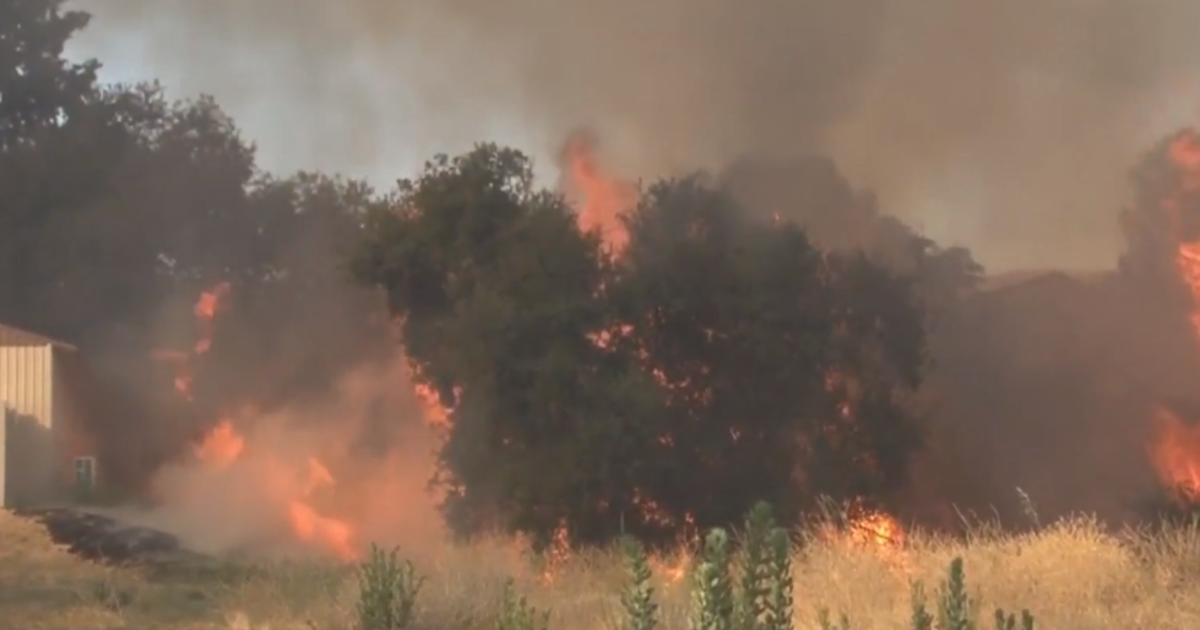 A wildfire erupted in Southern California on Friday northwest of Palm Springs, prompting the evacuation of at least 200 nearby homes, authorities said. The blaze, dubbed the Apple Fire, was reported shortly before 5 p.m. in Cherry Valley, an unincorporated area near the city of Beaumont in Riverside County.

Flames leapt along brushy ridgetops and came close to homes while some 200 firefighters fought the blaze from the ground and air, authorities said. Four Cal Fire air tankers and two water-dropping helicopters were called to begin making drops as the fire raged, CBS Los Angeles reported.

No homes had been damaged by nightfall Friday and no injuries had been reported. But hundreds of people fell under mandatory evacuation orders.

By Saturday, the blaze had scorched 1,900 acres.

The fire was one of several being fought as Southern California found itself in the midst of a heat wave. Several inland and valley areas set daily heat records, including Thermal and Idyllwild, both in the Palm Springs area. Thermal, in the Coachella Valley, had a high of 120 degrees Fahrenheit, breaking a 1996 record by one degree.

The National Weather Service said “dangerously hot conditions” with low humidity were expected to continue into Saturday because of high pressure over the region.

Thirty engine crews and 10 hand crews, numbering well over 200 personnel, were sent to the location and encountered the three blazes that were said to be converging in an area with heavy vegetation.

At the request of the fire department, Southern California Edison cut off power in some areas to prevent potential additional fires from breaking out as burned power poles collapsed, dropping power lines, CBS Los Angeles reported.

Sat Aug 1 , 2020
FOX Business’ Lauren Simonetti breaks down where to invest your money based on presidential election results. President Trump linked his controversial suggestion last week to delay the 2020 election to his repeated warning that mail-in voting would yield “the most fraudulent and inaccurate election in history.” Continue Reading Below But […]