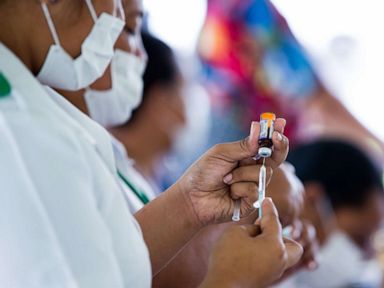 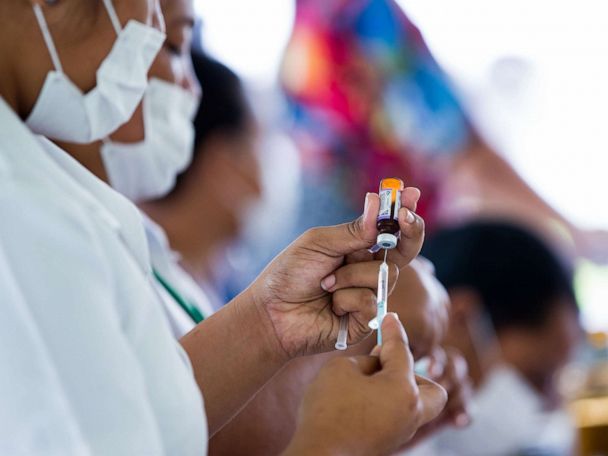 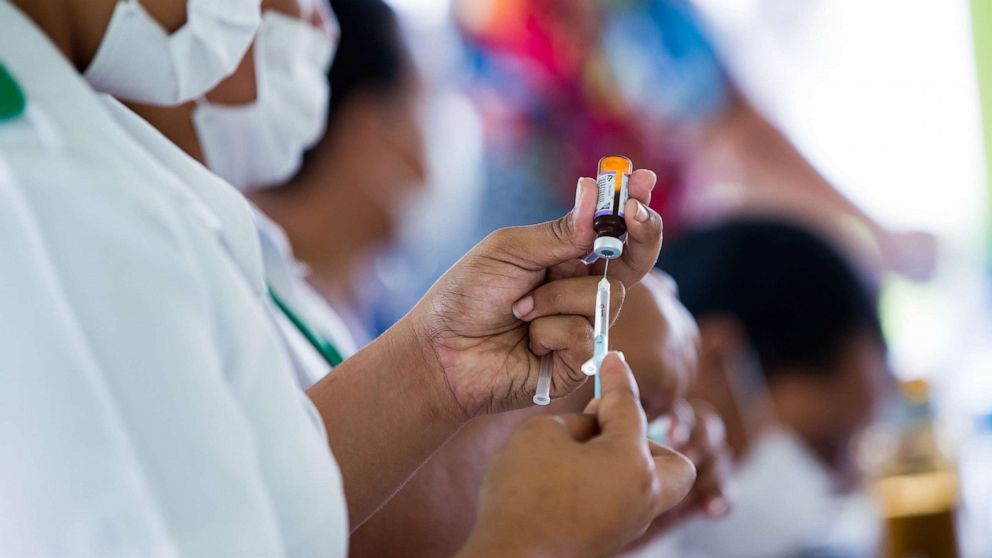 Anti-vaxx activist Edwin Tamasese was arrested and charged with incitement.

Samoa arrested a prominent local anti-vaccination activist, as authorities carry out a mass vaccination campaign in the Pacific island nation in response to a measles epidemic that has caused 63 deaths so far.

Anti-vaccination activist Edwin Tamasese was arrested Thursday and charged with incitement against government vaccination orders. He could face up to two years in jail.

Tamasese posted a picture on his Facebook page, where he promotes a range of unproven treatments for measles and other ailments, showing what appears to be two police officers sitting in front of him in a vehicle. He wrote, “Well it’s come to this.”

The Samoan government said 4,357 cases of measles have been diagnosed on the island since the outbreak began in October. Most of those who have died are young children.

Authorities have declared a state of emergency and made vaccinations compulsory. Government officials said anti-vaccination activists had a negative impact on efforts to treat the outbreak.

“The anti-vaxxers, unfortunately, have been slowing us down,” Communications Minister Afamasaga Rico Tupai said in an interview with New Zealand television station 1 News.

“We have families [where] unfortunately children passed away, only having come to the hospital as a last resort. Then we find out it is the anti-vaxx message that has got to these families that have kept their kids at home,” he said.

He urged anti-vaccination activists, “Don’t get in the way of government. Don’t contribute to the deaths.”

Authorities told most workers to stay home Thursday and Friday this week as 100 mobile vaccination teams undertake a mass vaccination effort, according to 1 News. In a bid to halt the spread of the disease, officials urged people to stay at home and hang red flags outside their property if they had not been vaccinated.

The Samoa Observer, a local newspaper, described the normally bustling capital of Apia as a “ghost town” as a result of the order.

The government of Samoa said on Twitter 17,551 people were vaccinated on Thursday, and 3,089 had been vaccinated on Friday morning, the latest period for which data was available. Samoa has a population of around 200,000.

Prior to the outbreak, Samoa had notoriously low vaccination rates, with data from the WHO and UNICEF estimating that the country’s national immunization coverage fell from 74% to 34% between 2017 and 2018.

The World Health Organization (WHO) said measles cases are surging globally, with outbreaks in all regions. There were 140,000 deaths from measles worldwide in 2018, according to figures released Thursday by WHO, mostly among children under the age of 5.

The United Nations’ children’s charity, UNICEF, reported that measles cases worldwide had doubled in 2018 when compared to 2017.

“When children go unvaccinated in significant numbers, entire communities are at risk. We see that even today in remote places like in the Democratic Republic of the Congo, where measles has killed more than 4,500 children under the age of five so far this year; or in Samoa, where a rapidly spreading measles outbreak has left many children ill and unable to go to school,” said Henrietta Fore, UNICEF’s executive director, in a statement.