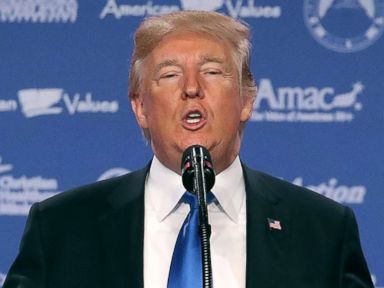 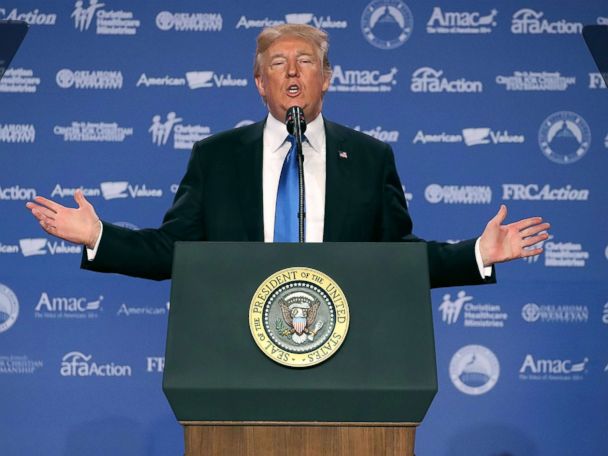 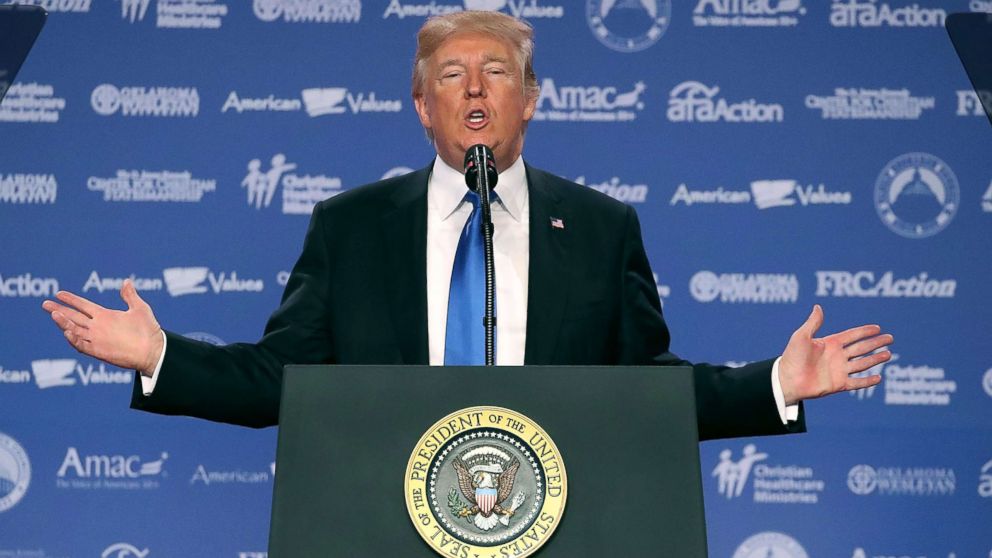 Candidate Donald Trump got to the highest office in the land with a line that inspired millions of Americans: Make America Great Again. Those four words, Trump once said, came to him as he pondered our nation’s problems. He trademarked it. He put it on hats. He ran on it. And among his supporters, it sparked a hope that our country could return to a time when life was better for them.

But among some of his detractors, that phrase felt like a shot across the bow. It roused no sentimentality, nor hope for a better future. Because the last word of that simple sentence carried with it the full weight of our country’s past, a past in which not everyone enjoyed equal rights, nor equal access to opportunity, nor equal protection under the law. A past riddled with moments of discrimination and oppression and outright crimes against humanity — moments that resonate more deeply with the American communities they impacted, and ultimately, in part, defined.

The question for this group of Americans wasn’t, “How can we make our country great again?” as much as it was, “Why would you want to turn back the clock?”

Today, President Trump became the first sitting president to address the Values Voter Summit, an annual gathering organized by the Family Research Council, a Christian non-profit lobbying organization that promotes what it describes as “traditional values.” And on the 266th day of his presidency, he seemed to lament the path our country has taken as he referenced America’s religious heritage. Our founding fathers, he noted, invoked God four times in the Declaration of Independence.

“How times have changed,” Trump sighed. “But you know what? Now they’re changing back again.”

Applause filled the ballroom and millions of the president’s supporters surely celebrated the line from afar. It was a familiar phrase to the one once delivered at campaign rallies that now peppers policy speeches. It’s true that the “Make America Great Again” pledge mobilized nearly 63 million Americans to support Trump in the 2016 presidential election. And it’s also true that times have changed and not always for the better for all.

Some working- and middle-class families have struggled with stagnant or declining earnings. They’ve experienced sky-rocketing health care costs. They’ve seen their towns dry up as companies shuttered or fled, taking their jobs with them. Times have changed, and Trump’s words carried with them the hope that they could change back.

For those gathered to hear the president speak at the Washington, D.C. conference today, this was a man is making good on a promise that defined his first public pledge to this country on inauguration day. A pledge to make America strong again, wealthy again, proud again, and safe again. A promise that things could be as good for you as they once were.

That promise has galvanized millions of Americans who felt their voices and their concerns were ignored. But it’s simultaneously alienated millions more.

It’s true, times have changed, and not just in the narrow context of religion in which President Trump was speaking. Since that specific point in time, 240 years ago, America has made incredible strides towards ensuring the ideals upon she was founded apply to every single one of her citizens. Over the course of her life so far, America has recognized the error of her ways in labeling some of her citizens as mere mathematical proportions of full human beings. She has evolved beyond the idea that only one gender should have a formal say in the elections that guide her direction. She has grown to embrace the idea that love is love.

For some among the many millions who did not vote for Trump, changing things back to the way they used to be –- whether it’s five, 25, or 100 years ago — is a pretty dismal prospect. For some, there is no hope in that now-infamous campaign phrase. For some, the word “again” carries with it only uncertainty on the path they’ve paved through American history.

For some, the president’s remarks today only beg the question: which parts of that path are you changing back?

Fri Oct 13 , 2017
Cosmetics giant CoverGirl continued to shake-up the traditional modeling industry with its most recent announcement that it will now employ 69-year-old Maye Musk as the new face and ambassador of the company. Continue Reading Below “I’m very proud of my age,” Musk told FOX Business’ Melissa Francis on “After the […]