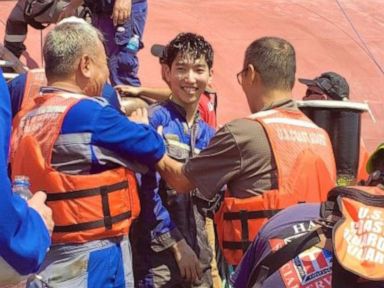 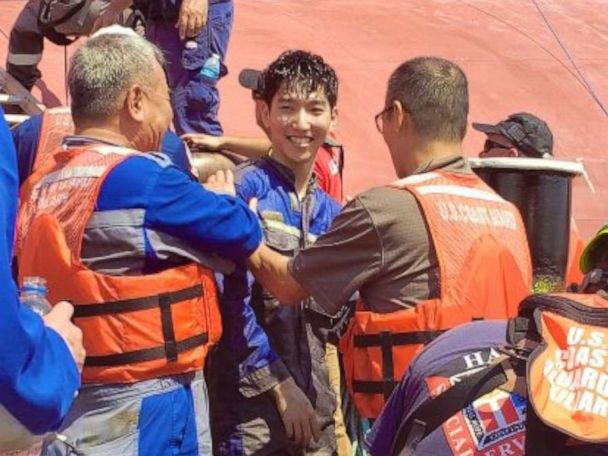 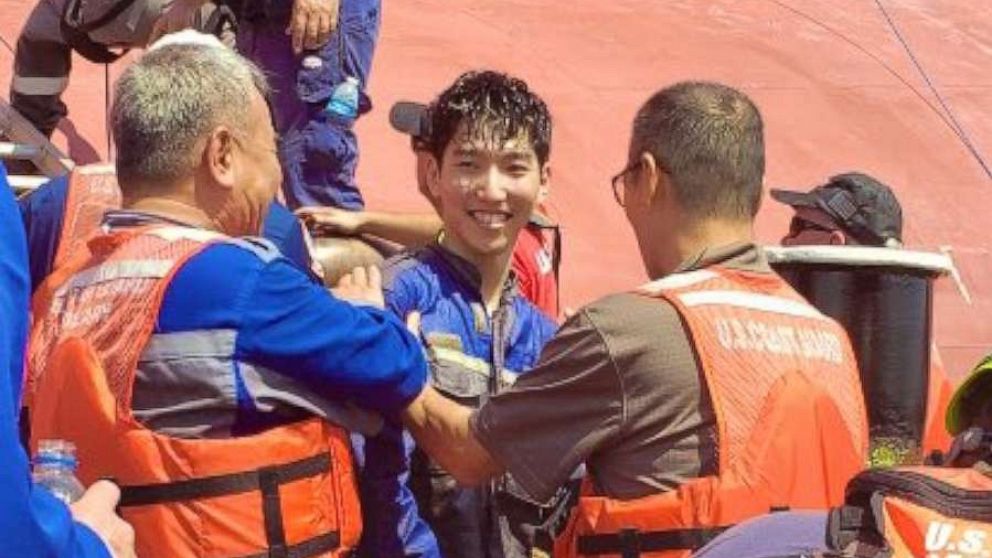 All of the four crew members trapped inside the Golden Ray, the cargo ship that capsized off the coast of Georgia, have been rescued, according to the U.S. Coast Guard.

Rescue crews made contact with the crew on Monday morning after hearing tapping noises from inside the ship throughout the night, Coast Guard Capt. John Reed said in a press conference Monday afternoon. Those inside “knew where to go” to make those noises, Reed said.

The conditions of the first three who were rescued are “relatively good,” considering their circumstances, and they are being transported to the hospital to receive medical attention, Reed said. They were together in one spot when they were extracted, Reed said.

The fourth crew member was stuck behind a glass enclosure in the ship’s engineering room, one deck from where the other three were, Reed said. He had not had access to food or water since the emergency occurred more than 36 hours ago.

It is “very hot” inside the ship — even hotter than outside, Reed said. It was 92 degrees in Brunswick, Georgia, on Monday afternoon.

Four people had been unaccounted for after the 656-foot vessel caught fire and overturned on the St. Simons Sound off the coast of Brunswick, Georgia, around 2 a.m. Sunday. Twenty people were safely removed on Sunday, officials said.

A hole was drilled into the ship to communicate with those inside and provide them with ventilation and water, Coast Guard Lt. Lloyd Heflin told ABC News.

Heflin told The Associated Press that the contact was made after rescuers rappelled down the side of the ship.

Those on board included 23 crew members, who are all are from South Korea, and a harbor pilot from the Port of Brunswick, according to the Coast Guard. The chief engineer from the ship assisted rescue crews on the water to help translate, officials said Monday.

Black smoke could be seen emitting from the starboard side of the ship from shore after it caught fire, officials said. The smoke subsided by Sunday afternoon, but it was still too dangerous to go inside, as crews hadn’t determined whether the fire had yet subsided on the ship’s interior.

The vessel, which was carrying vehicles on its way to Baltimore, is still listing heavily on the water. The cause remains under investigation.

The Port of Brunswick, one of the busiest in the nation, was closed for the rescue efforts, and vessels were not permitted within half a mile of the ship.