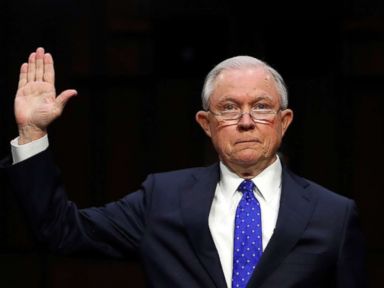 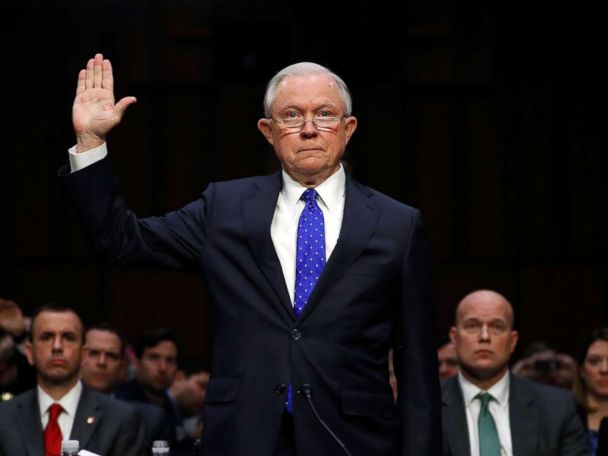 Attorney General Jeff Sessions told the Senate Judiciary Committee Wednesday that he has not be interviewed by Special Counsel Robert Mueller in relation to the ongoing investigation into Russian interference into last year’s presidential election.

Sessions hesitated when pressed by Sen. Patrick Leahy, D-Vt., about whether he met with Mueller in relation to the Russia probe, the firing of former FBI Director James Comey, or his own interactions with Russian officials, saying, “Well, I’d be pleased to answer that — I’m not sure I should without clearing that with the special counsel.”

“What do you think?” Sessions asked Leahy.

“Have you been interviewed?” Leahy responded.

Earlier in his testimony, Session deflected questions about the circumstances that led to Comey’s firing in May. The attorney general maintained that the letters that he and Deputy Attorney General Rod Rosenstein sent to President Donald Trump recommending the director’s dismissal were primarily predicated upon Comey’s actions in relation to the investigation of Hillary Clinton’s use of a private email server while secretary of state, and that the pair had been “asked to provide” the letters.

When questioned by Sen. Dianne Feinstein, D-Calif. whether Trump ever indicated his reason for wanting to fire Comey or whether Trump mentioned the Russia investigation — which the president has admitted was on his mind when he made the decision — Sessions declined to share his discussions with the president.

“Senator Feinstein, that calls for a communication that I’ve had with the president and I believe it remains confidential,” Sessions said.

Sen. Ben Sasse, R-Neb., delved into the sophistication of the Russian election interference effort and steered his portion of the questioning toward the U.S. preparedness to guard against future meddling efforts.

“Probably not,” said Sessions. “We’re not. And for most of us, we’re not able to understand the technical nature … it requires a real review.”

The attorney general went on to admit that there is no “specific review” of defense capabilities underway, in response to a follow-up question from Sasse about “proactive steps” being taken in advance of future campaigns.

Sessions also defended Trump’s third travel ban in his opening statement to the committee Wednesday, the day it was set to go into effect, as a “lawful” and “necessary” order that the Department of Justice is “proud to defend.”

The Trump administration’s attempts to restrict travel from some overseas countries in the name of national security, which range back to January, were dealt its most recent setback Tuesday when a Hawaiian district court judge issued a temporary restraining order, blocking part of the ban. The most recent ban, the third iteration, restricted immigration and travel to the U.S. from Chad, Iran, Libya, Somalia, Syria and Yemen.

“The president’s executive order is an important step to ensuring that we know who is coming into our country,” Sessions said during his testimony before the Senate Judiciary Committee Wednesday morning. “It is a lawful necessary order that we are proud to defend.”

U.S. District Court Judge Derrick Watson, who also issued a temporary restraining order on the second version of the ban that was later converted into a preliminary injunction, wrote Tuesday that the third executive order “suffers from precisely the same maladies as its predecessor: It lacks sufficient findings that the entry of more than 150 million nationals from six specified countries would be ‘detrimental to the interests of the United States.'”

An additional district court in Maryland later granted a preliminary injunction on the ban.

Sessions pointed out Wednesday that the Supreme Court previously permitted parts of the second version of the order to take effect in June. He additionally expressed confidence that the administration would eventually succeed, should the matter again make its way to the country’s highest court.

On the topic of Trump’s August pardon of Arizona Sheriff Joe Arpaio, who had been convicted of criminal contempt for refusing to comply with prior orders to end his department’s racial profiling practices, Sessions said he was “not aware of the details” of the process by which Trump made the decision to issue the pardon.

“The president has the power to issue pardons with or without the Department of Justice involved,” Sessions said.

Feinstein, after detailing the responsibilities of the Justice Department’s pardon attorney and the department’s “rules governing petitions for executive clemency,” asked why Arapio’s situation was handled outside of those norms.

“I am, personally, at this moment, not prepared to give you an accurate answer because I don’t know that I remember or know it precisely,” Sessions said, adding that he would follow up at a later time with an answer in writing.

Sen. Dick Durbin, D-Ill., told Sessions he was “not helping us solve the murder problem in the city of Chicago” by cutting federal funding intending to assist law enforcement. Earlier this year, the administration attempted to limit federal grants to “sanctuary cities” such as Chicago, which protect undocumented immigrants from deportation provided they have not committed serious crimes.

“Undocumented immigrants are not driving violence in Chicago,” Durbin said, adding, “You want to cut back [federal] funds because you want the city of Chicago to play the role of immigration police on federal civil laws.”

Sessions agreed that community-based policing was necessary and attempted to defend his department’s commitment to solving Chicago’s gun violence crisis by noting that 12 additional Bureau of Alcohol, Tobacco, Firearms and Explosives agents were assigned to prosecute gun crimes.

“Twelve?” asked Durbin. Sessions noted that he believed the number was greater than any other U.S. city. He said he didn’t believe the assistance requested by the federal government was burdensome.

“The United States government can’t take over law enforcement for the city of Chicago… but we need their support when somebody’s arrested in the jail, that’s due to be deported. We just simply ask that they call us,” Sessions said.

US stocks on course for higher close, new records