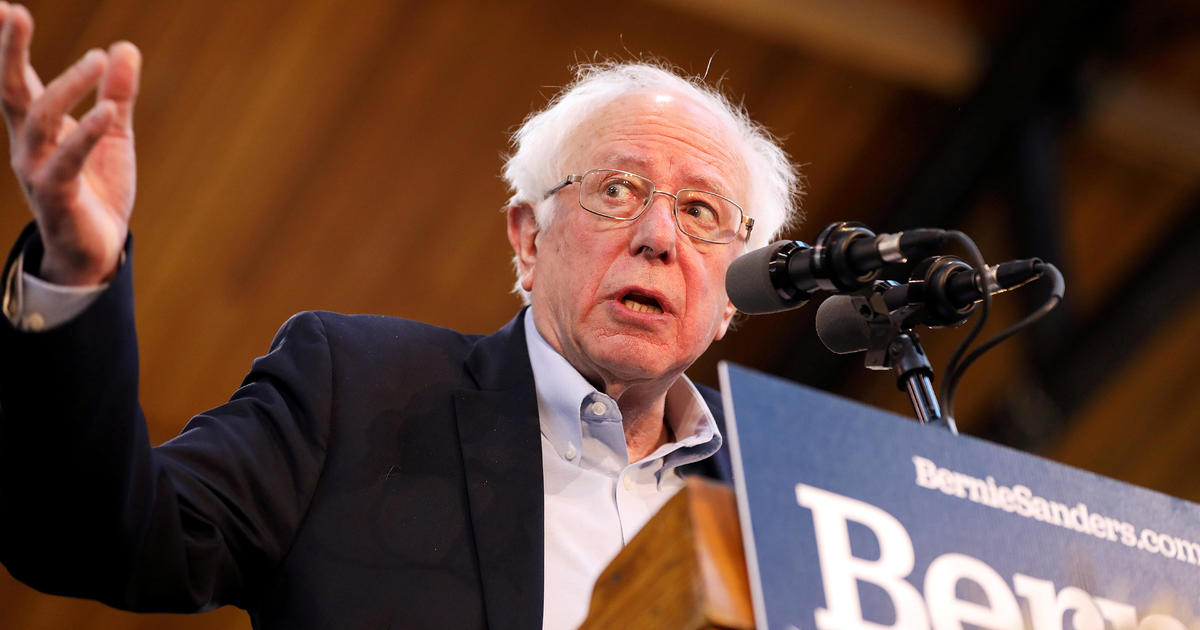 Since he joined the presidential race in February, Sen. Bernie Sanders has been asked at least three times about whether he would legalize sex work, a once taboo subject in American politics now embraced by a number of progressives.

“The answer is that we’re going to take a hard look at it, but I’m not going to give you a definitive answer now,” Sanders said at a town hall this past week in Las Vegas.

“What you don’t want, and what I don’t want, is an increase in sex trafficking. We don’t want that. So it’s a complicated issue, but there are two sides to it. And I promise you we will take a hard look at it,” he added.

And Sanders is far from alone: for months, candidates have fielded questions over the topic.

Sanders was first asked about decriminalizing sex work in March, after Sen. Kamala Harris said it should be decriminalized.

“I think when you’re talking about consenting adults, I think that yes, we should really consider that we can’t criminalize consensual behavior as long as no one is being harmed,” Harris told The Root in February.

“I’m open to decriminalization,” the Massachusetts Democrat said in a statement at the time, though cautioning that she did not want to “undermine legal protections for the most vulnerable.”

When a voter posed the question to Beto O’Rourke in New Hampshire last May, the former Texas congressman demurred.

“I want to give you an honest answer, which is at this moment I don’t know. So if you’re willing to work with me, I’d love to see if we can find an answer to your question,” said O’Rourke.

“The real question here is what will make sex workers safer and reduce exploitation, and abundant evidence points to decriminalization,” Booker told the online news site.

Advocates for decriminalizing sex work say that the Democrats’ comments are “encouraging.”

“For me it was encouraging to see presidential candidates talk about decriminalization, but it’s not really up to them,” Christa Daring, executive director of the Sex Workers Outreach Project (SWOP), tells CBS News.

SWOP is among the groups that have long pushed for decriminalization and decarceration — overturning arrests and sentences for “adult consensual sex work” — in states and cities throughout the United States.

“None of these campaigns have reached out to SWOP. So maybe they’re talking to other people, we’re certainly not the only game in town. But I hope that they at least follow through and do the due diligence,” says Daring.

In the United States, the fight for sex workers’ rights stretches back more than a century. But many cite backlash to the Fight Online Sex Trafficking Act (FOSTA) as a turning point for the recent surge of activism.

Signed into law by President Trump last year, FOSTA was billed as closing a dangerous loophole for human trafficking online. Nearly every member of the Senate and the House from both parties, including all those now running for president, supported the bill.

Yet over a year later, when House Republicans sought to block an effort by the local council governing Washington, D.C., to decriminalize sex work, Democrats swiftly defeated the intervention.

“These Democrats have become so warped by the crazies in their party that they are now supporting PROSTITUTION to appease their socialist base,” the National Republican Congressional Committee soon decried in a press release.

Though proposals in states like New York have generated significant buzz this year, sex work remains illegal in most of the United States, except for a handful of rural counties in Nevada.

In March, a bipartisan push to outlaw prostitution stalled out in Nevada’s Democrat-led legislature. And this year a Texas woman, who says she was the victim of trafficking in Nevada brothels, has yet to convince a federal court to ban prostitution from the state.

But the Silver State’s system of legalized bordellos finds few allies even among decriminalization activists, who denounce the system for exploiting workers “with a dizzying array of state, [county], and house rules.”

“You have to get hired by a brothel. So this favors white, cis-gendered women who work 12 to 24 hour shifts, while giving half of their money over to house management. They have to register with the local sheriff, where they’re put on a permanent list. And they have to endure state mandated STD checks,” Kaytlin Bailey, communications director for Decriminalize Sex Work, told CBS News.

“You have violence, you have exploitation, and you have blackmail. You have people operating outside the law, because legal protections are not extended to the entire industry,” Bailey added.

“At this point, the most humane and strategic thing that will reduce the most amount of harm is simply to remove laws against prostitution and loitering,” says Daring.

Marcie Wells, a mom and steward for the local Culinary Union in southern Nevada, acknowledged the concerns Sanders voiced in answering her question Saturday.

“These are fears that people are concerned about, as it relates to sex work. And it’s a valid concern, but we have to learn a bit more so we don’t conflate sex work with human trafficking,” Wells, who says she has supported Sanders since 2016, tells CBS News.

“Bernie’s response to me, I feel like it was fair. It wasn’t a shutdown,” Wells said.

“And that moment, hopefully, incited some change.”

Sat Jul 13 , 2019
A call from a 17-year old southern California girl’s father after she was fatally shot by police served as a heartbreaking postscript to bodycam video showing the teen’s final moments, during which she was shot after appearing to aim a gun at a responding officer. Fullerton police released the bodycam […]