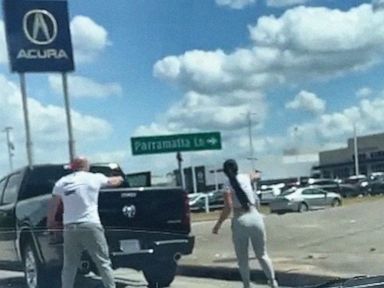 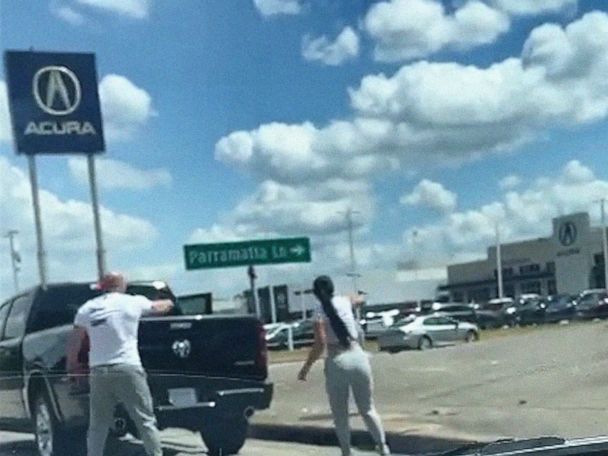 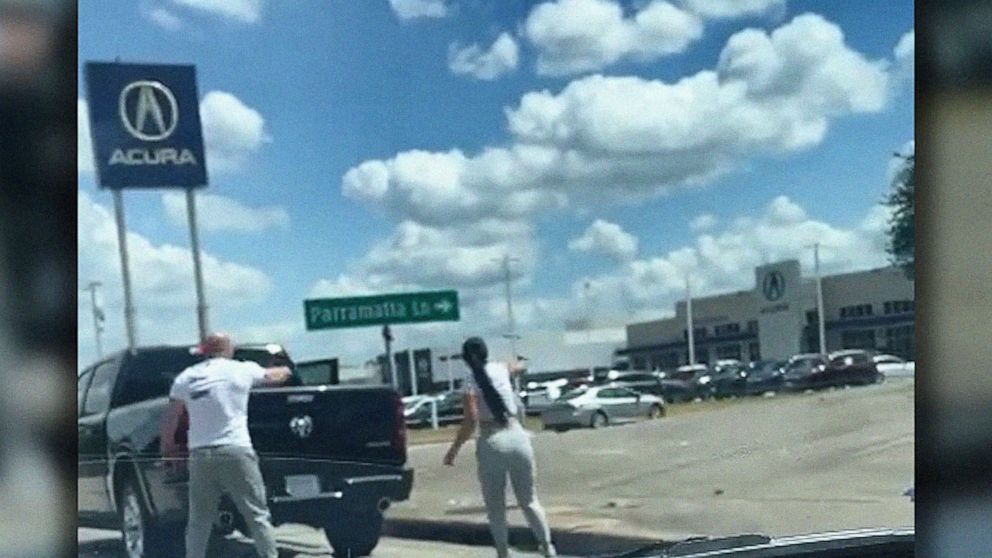 Two people have been arrested in Texas following an alleged road rage incident involving a 2-year-old on Tuesday just north of Houston on I-45.

Video of the encounter shows one man slamming his hands onto a silver Toyota Camry as a woman fired a gun into the car’s window while a man and child were inside.

As the car sped away, the woman was seen firing a second shot at the vehicle.

The suspects then rush to get back into their black pickup truck, the video showed.

Benjamin Greene and Nazly Ortiz were arrested and booked in Harris County Jail on Tuesday night, according to officials.

The judge did not set bail for either suspect in probable cause court. He left the decision to the judge in the 182nd court, where both suspects are now assigned.

Gonzalez said the victim was taken to the hospital for the graze wound.

The victim told KTRK the 2-year-old inside the vehicle was his nephew, who was hit by shattered glass, but is OK.

Gonzalez said a nearby car dealership was also hit by one of Ortiz’s shots, but no one was injured.

It is not known when Greene and Ortiz will appear again in court.

The Harris County Sheriff’s Office has not yet responded to ABC News’ request for comment.

On Monday, an 8-year-old boy was injured in a road rage incident in a Dallas suburb. A suspect has not yet been identified by police.

Wed Jul 27 , 2022
Arnd Wiegmann | Reuters Shares of Alphabet jumped nearly 7% in mid-day trading Wednesday, a day after the Google parent company reported earnings for the second quarter that were not as bad as feared. The company posted earnings of $1.21 per share on $69.69 billion of revenue, both slightly below […]